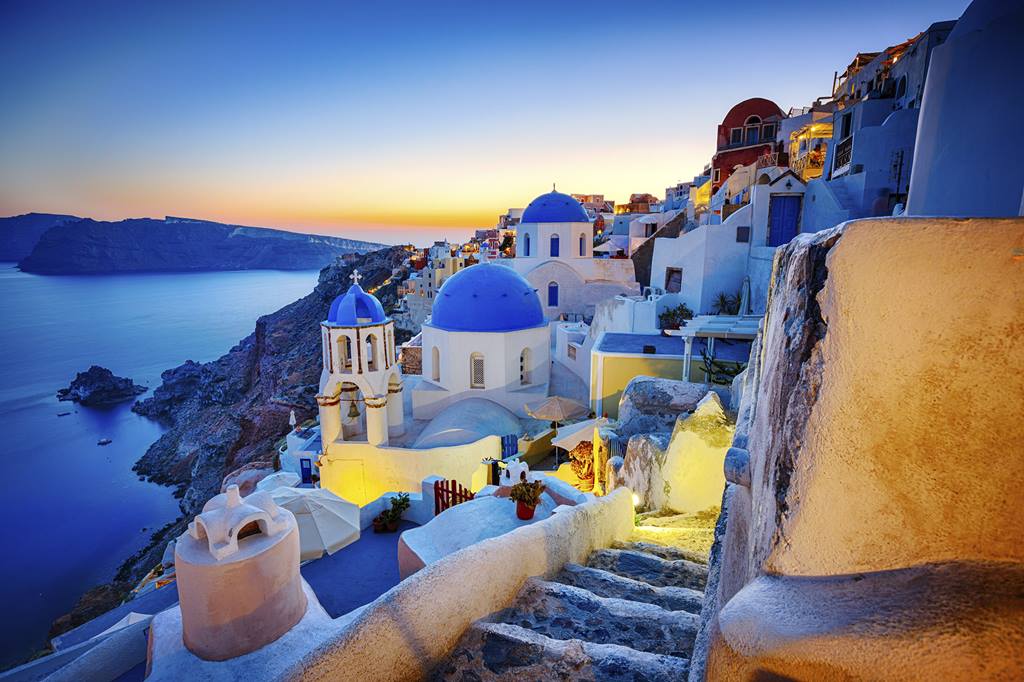 The Eastern Mediterranean encompasses a variety of stunning locations, many of which have been the setting for legendary battles and lasting myths.

One of humanity's most important crossroads, and now a route offering such a variety of ports, the Eastern Mediterranean is a route paved with historic monuments and paradise-like island groups, where the past is celebrated in the present.

As you cruise you'll explore vibrant cities embracing modernity, while paying respects to a fascinating past. Witness breathtaking views and witness how rich traditions thrive across tiny island communities.

Why visit the Eastern Mediterranean...

Save $3,630 per couple with our Super Early Bird fare.

Cruise For Longer On An Epic Voyage

GUARANTEED 20% EARLYBIRD SAVINGS ON OUR COMBINATION CRUISES
If you’re looking to extend your adventure, we’ve created a collection of combination cruises, consisting of two itineraries combined to complement one another. Combine The Charms of the Greek Coastline and Eastern Mediterranean Enchantment to discover stunning locations, breathtaking views and island life.

Save $3,630 per couple with our Super Early Bird fare.

Why Travel To Eastern Mediterranean With Emerald Cruises

We’ve included everything you need to get the most out of your cruise, so you won’t have to spend a penny extra if you don’t want to. From gratuities and transfers to delicious on board dining with complimentary drinks with lunch and dinner, our inclusive promise ensures complete peace-of-mind.

Truly remarkable destinations available for you to pick from, as you extend your stay with us

Nestled in an enviable location, on a sprawling hillside beside the Gulf of Mirabello is the laid-back town of Agios Nikolaos, a picturesque coastal port
with a quaint small town feel, and a rich history. Situated on Crete’s north-east coast the town is partially built on the ruins of the ancient city of Lato pros Kamara.

The town’s most treasures gems is Voulismeni Lake, a cobalt blue lagoon steeped in Greek mythology and legend has it, that the goddess Athena and Artemis bathed in its waters. Relax lakeside by day in one of the many cafes,
and as night falls watch as the lake comes to life with locals and tourists alike
in its lively bars and traditional tavernas.

Many of Crete’s most beautiful beaches are found with a stone throw from
Agios Nikolaos including the white sands and turquoise waters of Voulisma Beach, plus there are several other attractions nearby including olive farms
and typically Greek rural villages. 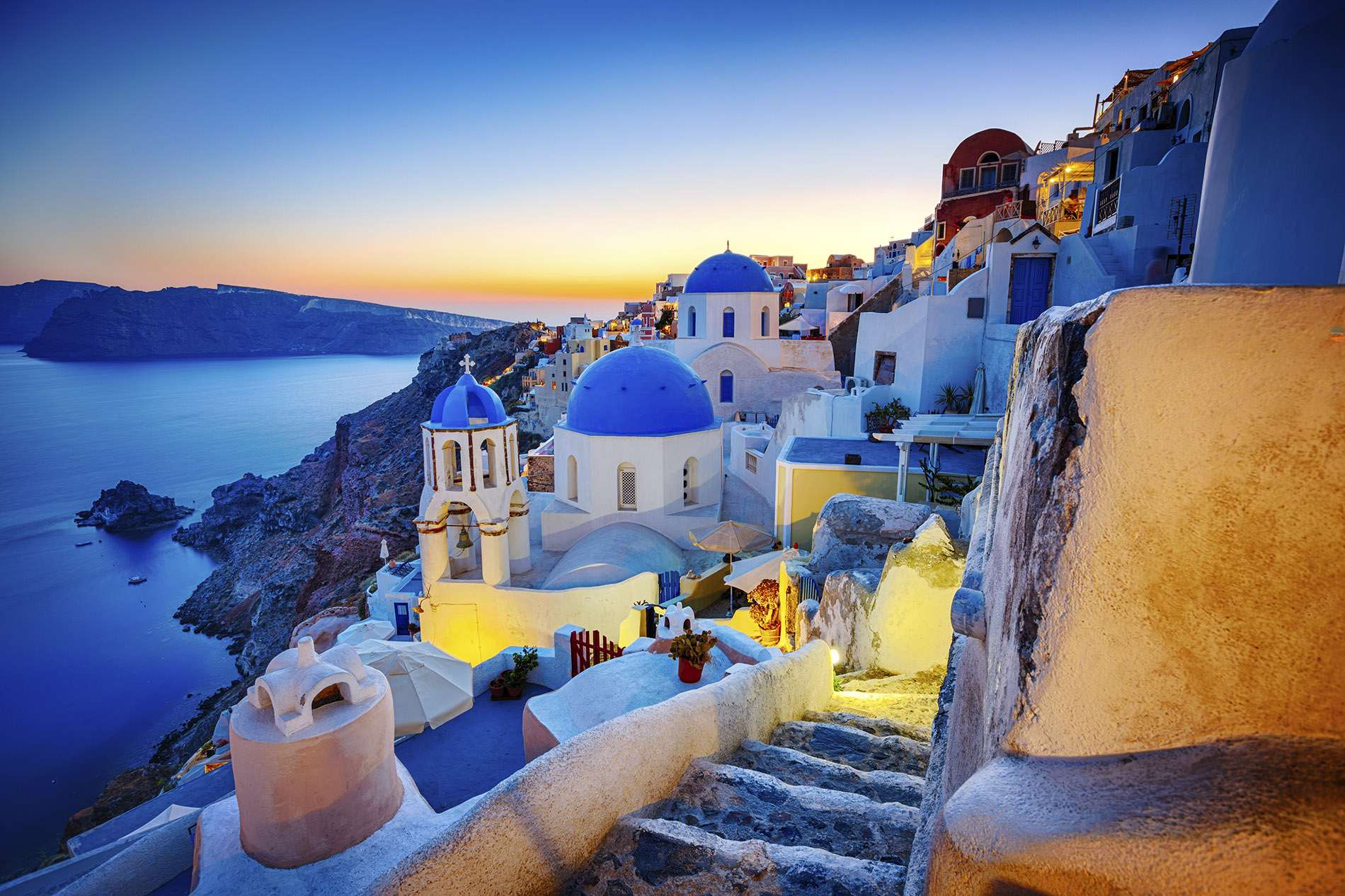 Surrounded by turquoise water, visit the fishing village of Ammoudi Bay, Red Beach or one of the island's many boutique wineries.
As part of the Cyclades islands in the Aegean Sea, Santorini is an island like no other. Famed for its extraordinary sunsets, witness the nightly spectacle of the sky plunging into a blood orange hue as the sun disappears into the azure ocean waters.
Immerse yourself in the island life by sampling the local Vinsanto wine, exploring the remains of the ancient Minoan city of Akrotiri, and basking on its unspoiled beaches. 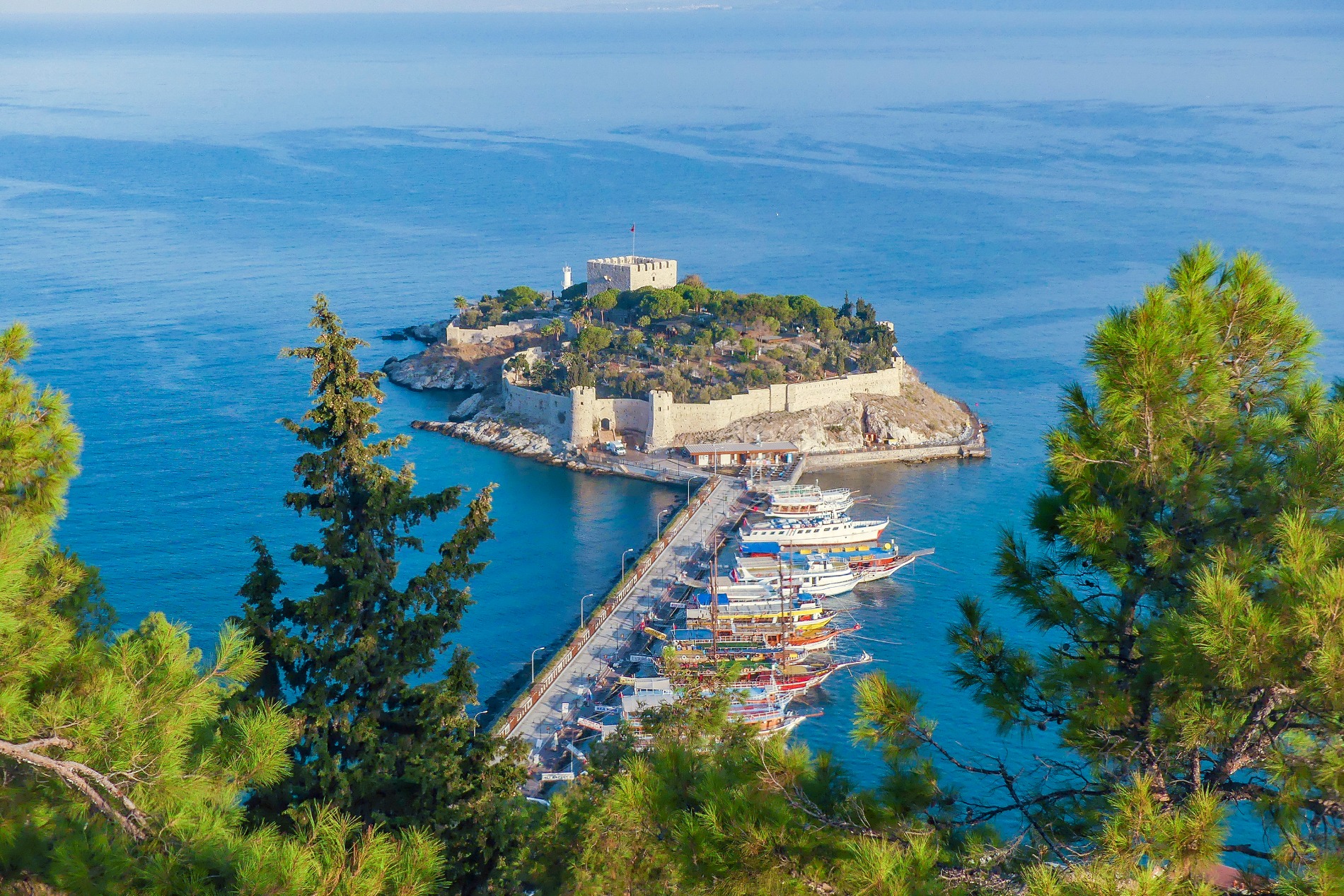 One of the most attractive towns on Turkey’s western Aegean coast, where intimate tranquil bays welcome a choice of water sport activities and UNESCO World Heritage-listed sites, such as Ephesus, invite insight into local culture.
Dating back to 3000BC, there is history etched into every aspect of this coastal town. Visit the Byzantine fortress of Kusadasi Castle providing stunning vistas over the bay, admire the unusual Ottoman architecture of the 17th century Haci Ibrahim Camii mosque, and experience the unique daily life in the Grand Bazaar.
Once a sleepy fishing village, Kusadasi has been transformed into a vibrant resort town home to some of the best beaches on Turkey’s western coast. Unwind on the golden sands of the quiet Kustur Beach, or wander the bustling promenade of Ladies Beach. 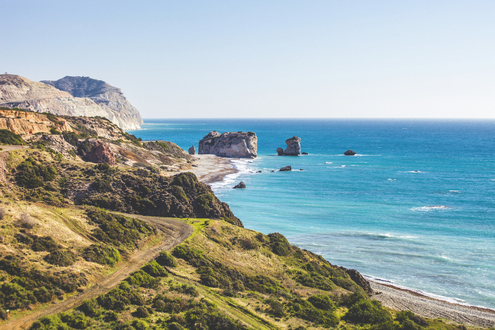 Where the sea meets the mountains, the Cypriot city is full of romance.
Make your way to Aphrodite's Rock and enjoy breathtaking views over the Mediterranean Sea. Stroll the old town and relax in Adonis Baths a beautiful blue lagoon and waterfall. Visit the castle and the Tomb of Kings and, if you can, time your visit for a musical performance at the Odeon Amphitheatre, one of the most important architectural sites in Cyprus.

Reaching an impressive 110 meters in length, our spectacular new superyacht will exceed your yacht cruising expectations. And with an intimate 100 guests on board, there's an abundance of space throughout.

Discover a secluded spot to read a book, enjoy unimpeded views of the unspoiled landscapes, take a relaxing dip in the infinity-style pool, or arrange to meet fellow guests at one of our comfortable meeting spots.
Discover More

5 Legends of the Ancient Aegean Sea