The Most Photogenic Cities in Europe

Invading armies, pioneering architects and stunning geographical features have blessed Europe with some stunningly photogenic cities. With a list of beautiful cities in Europe as long as the Danube, it’s been incredibly difficult to select our six most photogenic – but here we justify our choices. 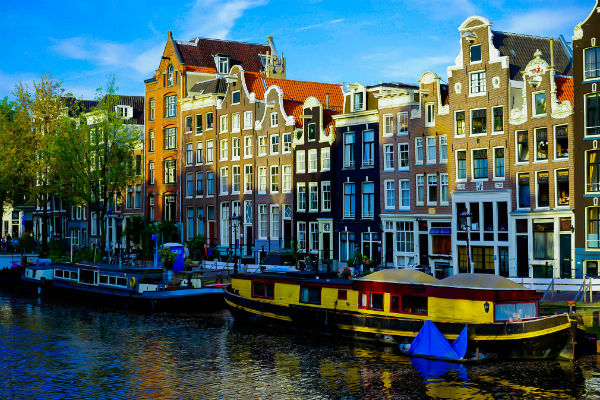 Home to more than 100km of canals, there is a natural wildness to Amsterdam which cannot be curtailed regardless of how gentrified the Dutch capital becomes. The combination of beautiful waterways with traditional architecture makes Amsterdam a uniquely alluring city. Many of the city’s most historic and famous buildings have been erected in the prime positions on the banks of the water.

Perhaps the finest place to take the archetypal Amsterdam photograph is from the small old-fashioned drawbridge which stretches over the Groenburgwal. This position allows you to capture the length of the canal, flanked by traditional Amsterdam architecture and the city’s famous bicycles, leading up to the Zuiderkerk church. 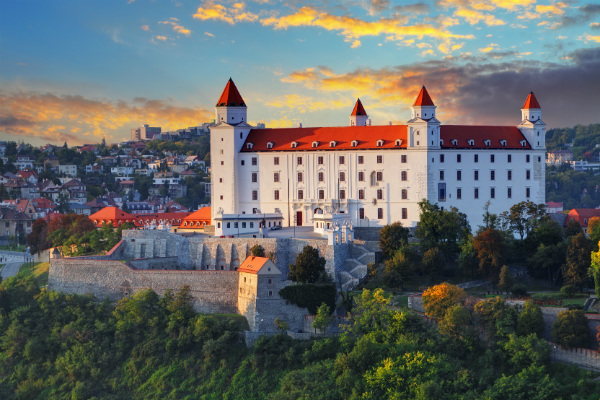 The cultural heart of Slovakia, Bratislava is characterised by its collection of medieval towers, pastel-coloured town houses and grandiose 20th century buildings and monuments, built to showcase the city’s power. Towering above the intricate streets is the Bratislava Castle, a striking white rectangular castle first built in the 9th century. The castle dominates most cityscapes and panoramas of Bratislava – but also provides the perfect setting for a photo opportunity. On clear days, it is possible to view Austria and Hungary from the uppermost stretches of the castle. Photographs of Bruges are dominated by the city’s waterways, to the extent the city is lovingly referred to as the Venice of the North. Combined with the historic city centre, which is recognised as a UNESCO World Heritage Site, Bruges offers almost limitless opportunities for snap-happy visitors.

The people and authorities of Bruges have managed to painstakingly preserve much of the city’s medieval architecture – adding to its authenticity and heritage. Perhaps the most photographed part of the city is the beautiful 13th century Belfry of Bruges.

Amongst the most prized possessions of Bruges is the sculpture, Madonna and Child – believed to be the only Michelangelo sculpture which he allowed to leave Italy during his lifetime. 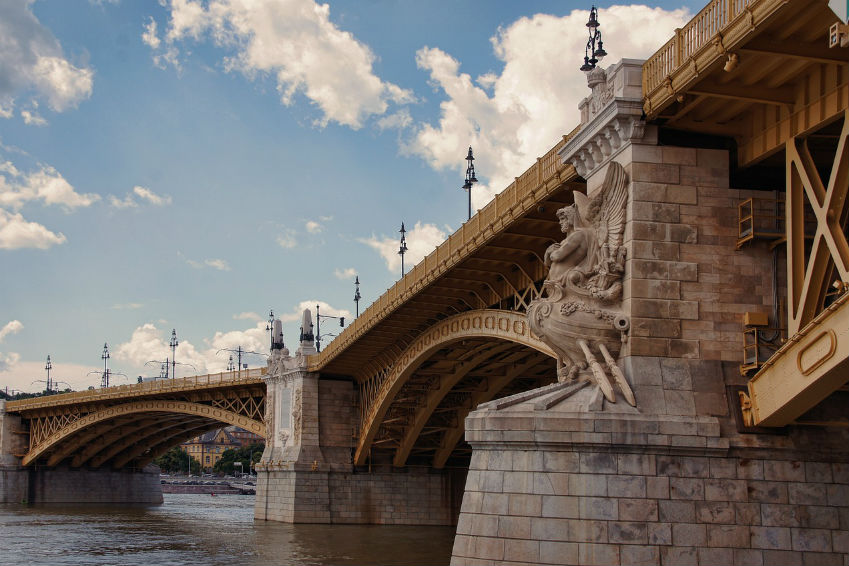 Occupying both banks of the Danube River, the Hungarian capital, Budapest, provides plenty of waterside beauty. The banks of the river in Budapest are recognised as a UNESCO World Heritage Site alongside much of the historic city centre.

Budapest has become synonymous with water features, being home to the world’s largest thermal water cave system, which feeds around 80 geothermal springs.

Set alongside the Danube River, the Hungarian Parliament Building is the city’s most photographed scene. This stunning example of Gothic Revival architecture emits power and presence during the day, and the dancing lights on the river at night suggest a sense of magic. 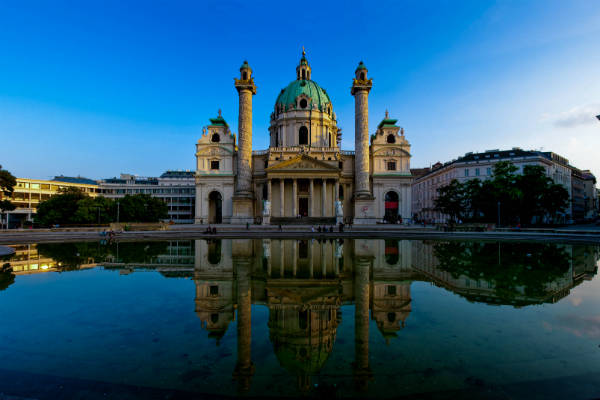 For hundreds of years, Vienna was the world’s foremost cultural centre – playing host to the most talented musicians, artists and scientific minds. The capital of Austria offers a truly eclectic mix of architectural styles from classical to modern designs. The city also boasts some of the continent’s most breath-taking and awe-inspiring sites, sitting either side of the Danube.

For Art Nouveau lovers, Vienna is a photographic paradise – with the Secession, Karlsplatz Stadtbahn Station and the Kirche am Steinhof amongst the most famous and celebrated examples of the architectural style in the world. Not one of the better known cities of Germany, Würzburg is a traditionally Bavarian region. Located on both sides of the River Main, the city is dominated by the Fortress Marienberg and the Würzburger Residenz. Although much of the city was destroyed in bombing efforts during World War II, the remaining city is made up of criss-crossing red rooftops, brightly painted homes and straight spires.

The Festung Marienberg, the city’s domineering fortress, dates back to the 8th century and is located to the west of the town centre. Reinforced over the centuries, the fortress is now a striking example of beautiful Renaissance and Baroque architecture.

A recognised UNESCO World Heritage Site, Würzburg Residenz is a palace which was once named ‘the nicest parsonage in Europe’ by Napoleon (a man who certainly saw one or two). Completed in 1744, the palace was commissioned by the Prince-Bishop of Wurzburg as a family home.

All of the cities on the list can be visited during an Emerald Cruises river cruise. To discover a beautiful, photogenic river cruise itinerary, please visit our homepage or call our dedicated team on 855 444 0161.