The history of Bastille Day

Each year, on the 14th of July, Bastille Day is celebrated in countries across the world, but especially in France. A French public holiday, Bastille Day is one of the country’s most-anticipated and celebrated days of the year, and you’re sure to hear cheers of ‘vive le 14 juillet’ throughout the day. But what is the significance of this date, and why is it commemorated each year? We look over the history of Bastille Day and how the holiday will be marked this year.

What is Bastille Day?

Bastille Day is a national holiday in France that commemorates the storming of the Bastille fortress in 1789. The Bastille was a symbol of the absolute power of the French monarchy and its arbitrary detention of political prisoners. The storming of the Bastille was a turning point in the French Revolution and is seen as the beginning of the end of the monarchy.
Also known as la fête nationale, the day is commemorated with large military parades and festivities such as firework displays. It is also a day for the people of France to celebrate their national identity and pride in their country. 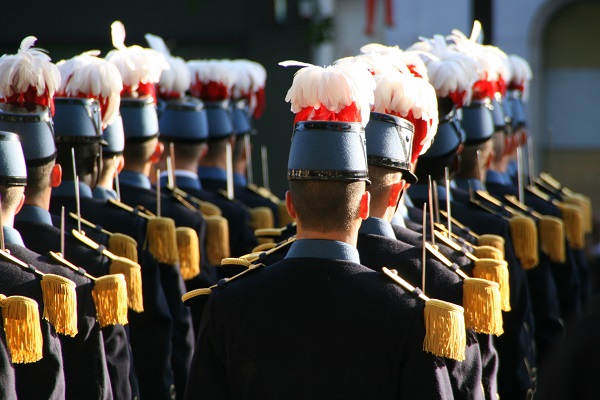 The origins of Bastille Day can be traced back to the medieval era when a festival was held on the eve of the Feast of Saint John the Baptist. This festival was known to the French as the fête de la Saint-Jean and was a time for feasting and celebration. In 1789, the people of Paris decided to use the occasion to storm the Bastille fortress. This act was a symbol of the people's defiance of the monarchy and their demand for liberty and justice.

What is the Bastille?

The Bastille was a medieval fortress in Paris that was later used as a prison. Built in the 14th century, during the Hundred Years’ War, the Bastille’s original purpose was to protect the eastern entrance of Paris from attacks by the British. Built of stone, the walls around the fortress were up to 100ft tall.
By the early 18th century, the Bastille fortress had been repurposed by the monarchy as a prison. As well as criminals, the ruling monarchy used the Bastille to detain political dissidents (such as philosophers and writers who opposed them) – some were even held on the direct order of King Louis XVI. The Bastille became a symbol of the harsh rule and absolute power of the Bourbon monarchy.

The history of the French Revolution

The French Revolution is one of the most significant and influential events in world history. In the 1780s, France was facing famine after suffering crop failures across the country. Food prices were at an all-time high, with riots beginning to break out in the country’s bakeries, and unemployment rates were also rising. To make matters worse, King Louis XVI and his wife Marie Antoinette (who had inherited large debts from Louis’ father) continued their extravagant spending, plunging the country into near economic ruin.
In an effort to calm the storm, King Louis reinstated the Estates-General, a national assembly representing the three main social classes of France: the clergy, the nobility, and the commoners. The commoners, who made up the majority of France’s population, had become disenfranchised with the privileges enjoyed by the other classes (who were able to outvote them within the Estates-General despite only representing about 2% of the population). They demanded equality.
On the 17th of June 1789, with their voices being ignored, the commoners splintered into a separate group, calling themselves the National Assembly. The Estates-General would not let them gather easily though, and three days later locked the group out of their usual meeting hall in Versailles. Instead, the National Assembly gathered in a nearby indoor tennis court and took an oath never to disband until France had established a written constitution. This act of defiance became known as the Serment du Jeu de Paume – the Tennis Court Oath.

A week later, with pressure quickly mounting on him from the general public, King Louis XVI relented to the National Assembly, ordering the nobility and clergy to join them. But the king also stationed several of his army’s regiments throughout Paris, instilling fear into the assembly. On the 11th of July, the king dismissed his only non-noble minister, Jacques Necker, who had been in favour of national reform. This ignited protest within the French public, with angry crowds storming various posts across Paris throughout the coming days, searching for food and weapons – including the Bastille on the day of the fête de la Saint-Jean.
The Revolution quickly escalated into a full-scale civil war, with the nobility and the clergy pitted against the commoners and their allies, the Jacobins. The Jacobins, led by Maximilien Robespierre, eventually emerged victorious, and instituted a period of radical political and social reform known as the ‘Reign of Terror’. This period was characterised by mass executions, as the Jacobins sought to purge France of anyone they deemed to be an enemy of the Revolution.
The ‘Reign of Terror’ eventually came to an end, and the Jacobins were overthrown. The Revolution then entered a more moderate phase, culminating in the establishment of the French Republic. Although the Revolution did not achieve all of its goals, it did fundamentally change the social and political landscape of France and had a lasting impact on the world.

The storming of the Bastille

In 1789, the Bastille was due to be demolished and replaced with a public square, as the state increasingly began to hold prisoners elsewhere. During the public unrest in that year, an angry crowd of revolutionists approached the Bastille and demanded that its governor, Bernard-René de Launay, surrender the prison (including its weapons and ammunition).
Launay did not surrender but did invite revolutionist delegates inside the prison to negotiate, with a promise of no violence against them. The crowd outside the fortress began to grow restless and some of the men climbed one of the Bastille’s shorter walls to gain access. Once inside, they lowered a drawer bridge, and the crowd began to swarm the prison.
Upon seeing this, Launay went against his promise and ordered his men to open fire, killing nearly 100 revolutionists in the process. A group of nearby rebel French Guards (who were sympathetic to the revolutionists’ cause) came to the aid of the mob with canons. With this attack, Launay had no choice but to surrender. 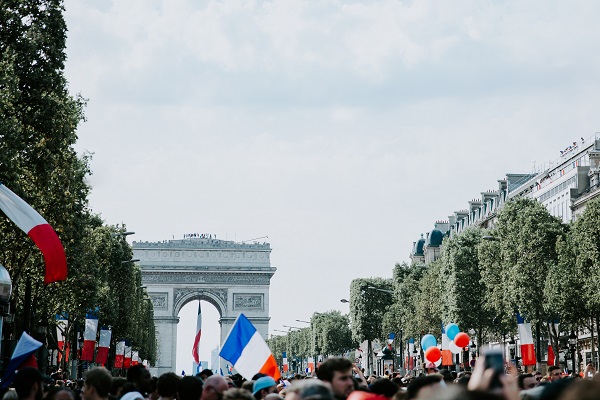 The Bastille was captured, and its seven prisoners were released. Launay’s punishment for his attack was to be taken to the City Hall and murdered by the angry crowd – his head put on a spike and paraded around Paris.
The Bastille itself was dismantled during the revolution. Today, there is little trace of the fortress left in the place in which it originally stood. Instead, a large column now stands in the Place de la Bastille – the July Column which commemorates the revolution of 1830. Those looking for remnants of the fortress are able to find these scattered throughout Paris, such as original stones from the building in some of the city’s metro stations, and the lasting outline of the fortress walls still visible on the ground where Place de la Bastille meets Rue St. Antoine.

Bastille Day celebrations will be held across France on the 14th of July this year, but the biggest and best of the day will be seen in the capital, Paris.
The festivities will begin with a military ceremony followed by a military parade down the Avenue des Champs-Élysées – there will also be a military flyover over the city. Later in the evening, revellers will be able to gather on the Champ de Mars to enjoy a free concert and view a spectacular fireworks display over the Eiffel Tower.

Which other countries celebrate Bastille Day?

While Bastille Day is mainly celebrated by the French people in the country it originates from, it is also celebrated in countries across the world – especially those where French influence plays a major part in the culture.
In Canada, the French community in Toronto holds a festival for the event each year, and the day is also celebrated in Vancouver. In the United Kingdom, London’s large number of French expats throw various celebrations throughout the day, with a focus on food, wine and coming together with friends and family. In the former colonies of French Polynesia, Bastille Day has evolved into the Heiva i Tahiti festival, which is celebrated in the Tahitian capital of Papeete.

Explore France, from its capital Paris in the north, to the region of Provence in the south. Sail the French Riviera on a luxury yacht cruise or uncover the wineries of the Rhône River on an award-winning Star-Ship.

Extend your stay with Emerald Cruises on selected river cruising itineraries for up to three nights in Paris, where you’ll be have the opportunity to explore the city and learn more about the history of Bastille Day and the French Revolution. You’ll enjoy a guided city tour, and there will be plenty of free time for you to discover Paris at your own pace. We’ll even take care of transfers between your Star-Ship, hotel, and airport.