The best zoos to visit in Europe 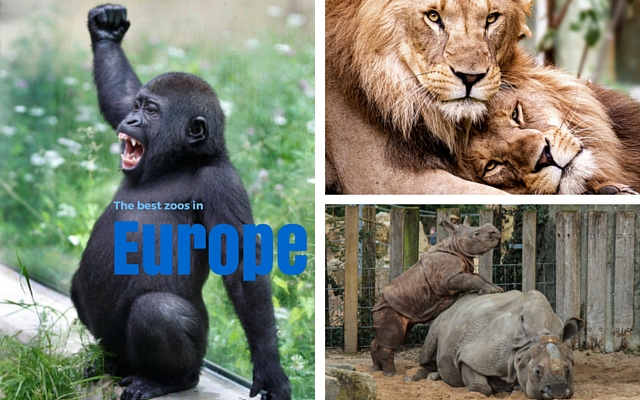 Animals are one of the world’s greatest wonders and are incredibly fascinating, especially species which are not so easily found in our own country. Whether big mammals such as elephants and giraffes are your favourite, or you find smaller primates such as lemurs or bushbabys more captivating, a day at a zoo can introduce you to many beautiful and magnificent creatures.

Zoos are a great opportunity to get up close with animals you may never get the chance to see in the wild. Each zoo is also different, and will have different conservation and breeding programs in place, meaning you may even get to see new-born or baby animals. Here is our selection of the best zoos in Europe.

As the most visited tourist destination following Prague Castle, the city’s zoo is understandably a must-see attraction while on a Danube River Cruise in 2016. It was also ranked by TripAdvisor as the fourth best zoo in the world, attracting almost 1.5 million visitors in 2014. In the same year, it also broke its own historic record, with 228 species of animal being reproduced.

“The main attraction is a tree village in the style of those of native South Americans, 12.5m in height; with a coffee shop and amphitheatre for animal training shows. Also, the unique pavilion is the Giant Salamander Pavilion with the largest amphibians in the world – which includes Chinese Giant Salamanders - well worth visiting.” – Prague Zoo

Schönbrunn Zoo in Vienna should be your first choice of things to see when visiting the capital of Austria, not only because it is part of a UNESCO World Heritage Site, but also because it is the oldest of its kind in the world. Home to more than 700 animal species, with some of them endangered, it’s not surprising that the zoo has received the best European Zoo award three times in a row. While here, you can take a trip to the Amazon to experience the tropical rainforest, as well as see endangered Giant Pandas, as the zoo is one of the very few in the world to be home to the bamboo-loving bears. 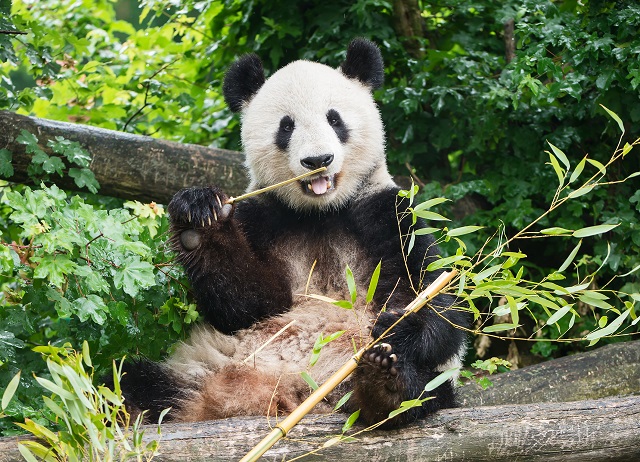 “Our latest attraction is the new polar bear world ‘Franz Josef Land’. You can watch the polar bears swimming under water through an enormous glass panel. An exciting exhibition explains why only a small number of polar bears can still be found in the Arctic and how we can contribute to the protection of the environment and thus the polar bears.

“You also have the opportunity to witness feeding time for many of the animals and to learn new interesting facts about them. Various guided tours and a trip on the panorama railway help make your visit to Schönbrunn Zoo an unforgettable experience.”

This is another impressive zoo, with more than 1200 animal species, making it one of the largest in Europe. It is well known for having the continent’s only gorilla nursery, which has raised more than 60 orphans since it first opened. Those interested in nature will also love Wilhelma Zoo in Stuttgart, as it has 7,000 varieties of plants on display in its gardens, which include flowers such as orchids, azaleas and camellias, with some more then 170 years old. 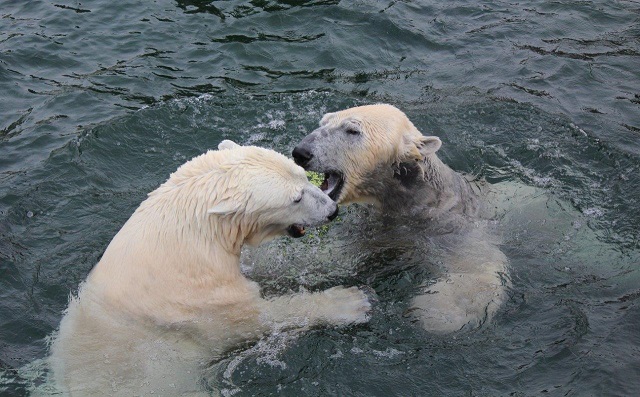 “Its history is what makes the Wilhelma truly unique. The park is named after its royal founder and is a cultural heritage site in Southwestern Germany. The Swabian King William I., who ruled the realm of Württemberg in the 19th century, had his estate modelled after the Alhambra in Granada (Spain). The preserved buildings in the Moorish style are architectural jewels. A stroll through the magnificent grounds brimming with rare animals and exotic plants is still a royal pleasure to some 2 million visitors per year.” – Wilhelma Zoo

Belgium boasts many wonderful attractions, but Paira Daiza is one of the biggest, which is a mean feat considering it has only been open for 20 years. Visitors are taken on a journey around the world, leading from India to Africa to China to Australia, while discovering different species of animals on the way. Each part of the world offers something unique, such as the largest Chinese garden outside of China, and the real rice fields that can be found in India.

“Most of our over 5,000 animals live partly in freedom within the walls of the 55-hectare large park. Visitors can feed elephants, giraffes and hippos, and on our monkey islands the animals come to sit on your shoulder or your head. You can walk through the largest bird cage in Europe or take an authentic steam train and ride through one of the biggest elephant reserves in Europe, over 6 football fields large. We host 16 elephants, which is the largest number in any European zoo. And of course there are our two giant pandas.

“Visitors in 2015 can enjoy the result of a real baby boom, with a baby giraffe, a baby zebra, baby hyenas and of course the first baby elephant that was born in our park, who steals daily the hearts of all our visitors.” – Paira Daiza

Located in the heart of Munich, the zoo is still far enough away from the hustle and bustle of the city, with its situation on the bank of the Isar River. It was established as the first geo-zoo in the world, and is also one of the most scientifically respected zoos in Europe. All the animals at Hellabrunn Zoo live in natural habitats that are as close to their native country as possible, which guarantee an unforgettable experience for visitors. Also, from the majestic penguins to gracious giraffes, huge polar bears to inquisitive gorillas, often all that separates the visitor from the animals is the glass of the enclosure. “Discover both exotic and domestic animals – up close. Venture on a journey of the entire animal kingdom in a day: Visit Hellabrunn Zoo, a 40-hectare natural paradise situated in a nature reserve on the banks of the River Isar” – Hellabrunn Zoo

The Artis Royal Zoo was the first zoo to be established in the Netherlands and is located right in the centre of Amsterdam. It is a place where nature and cultural heritage come together, and has a past dating back as far as 1838, which you can experience first-hand when you visit during a European river cruise to Amsterdam. Admire tropical fish in the historical Aquarium, travel through time in the Planetarium and surround yourself with fluttering butterflies in the Butterfly Pavilion, all of which allow you to see a diverse collection of animals, as well as learn about nature as a whole. “As of spring, Artis becomes the most colourful and exquisitely attractive place in the whole of Amsterdam. Hundreds of thousands of flowers will bloom until late into the autumn. Every leaf, every tree, every animal, every building and exhibit tells its own story – everyday anew. Together they tell the big story of nature and her meaning to society. A greater understanding of nature leads to greater respect for all living things. The Zoo’s greater story is a story about ourselves.” – Artis Royal Zoo