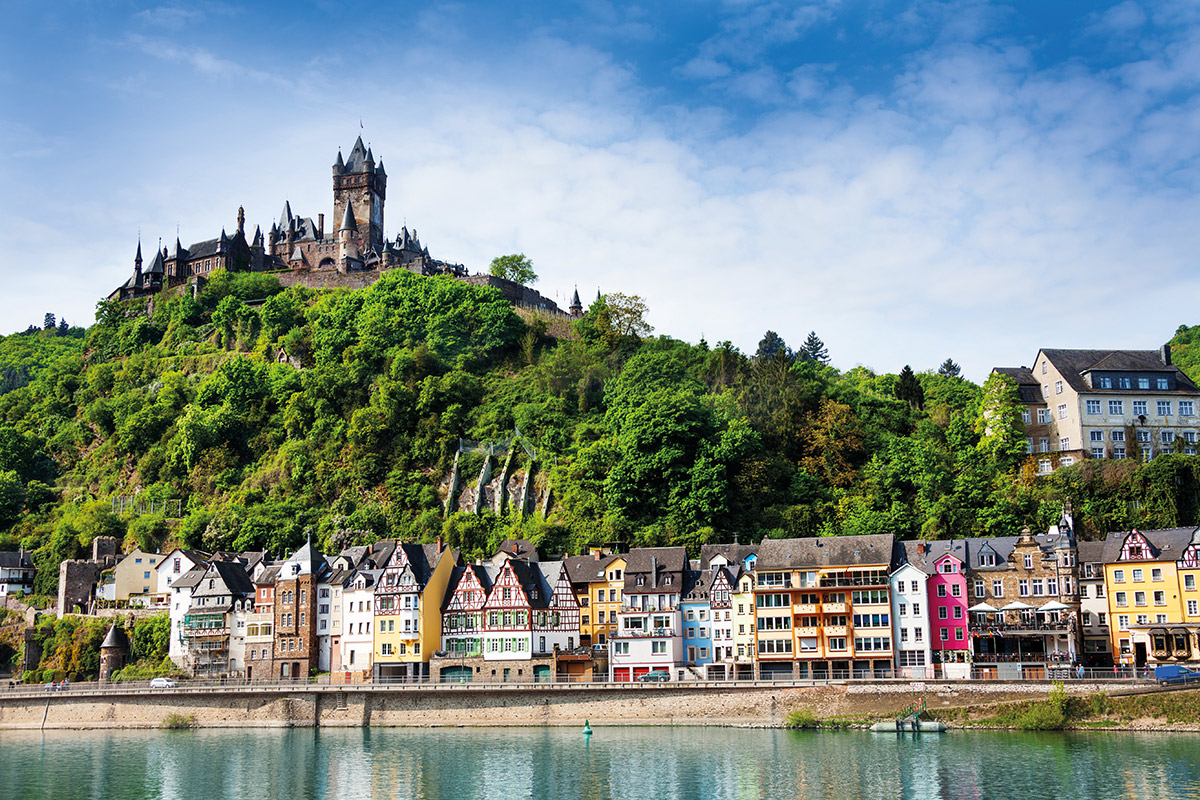 Romans in the Rhineland: Discovering Rome along the Rhine & Moselle rivers

Long serving as the boundary between the Roman world and the wilderness beyond, the Rhine River became vital for the strategic, economic and cultural expansion of Rome, one of the most influential civilizations to ever exist.
After Julius Caesar famously crossed the Rhine in 55 BC, the Roman Republic (which in a short time would become the Roman Empire), began to shape the waterway and her tributaries for centuries — constructing forts, monuments and entire cities along its banks, many of which can now be found throughout modern-day Germany and France. From the great Porta Nigra ruin in Trier to the remnants of the ancient city of Argentoratum in today's Strasbourg, several sites from Roman antiquity are still accessible to the contemporary explorer along the Rhine. An Emerald Cruises river cruise through the region offers a unique glimpse into the storied past of Rome's eternal reach into northern Europe.
For those looking to uncover the continent's ancient past, here's a preview of some of the most important Roman settlements throughout the Rhineland that you can still discover today.

Along the banks of the Moselle River in south-western Germany, surrounded by rolling hills and lush vineyards, sits Trier, Germany's oldest city. Founded in 16 BC in honour of Rome's first Emperor, Augustus, the settlement quickly became both a strategic position for the Roman army as well as cultural beacon for the Empire in its more northern provinces. By the 4th century, with a population between 75,000-100,000, the city known as 'The Rome of the North' was one of the largest and most important in the ancient world. Today, ruins of the Trier's amphitheater, chariot-racing stadium, imperial palace and bath complex are still be admired by architecture lovers and history buffs alike as part of the city’s designated UNESCO World Heritage-listed Site.
While Trier offers a wealth of Roman attractions, none are perhaps as recognizable or impressive as the Porta Nigra (the black gate). Constructed in 170 AD, and once a gateway to the ancient city, it is now the largest Roman city gate north of the Alps. Standing as a true testament to the architectural prowess of the Romans and the importance of the region to the Empire, the Porta Nigra is a definite highlight to those exploring along the Rhine and Moselle. 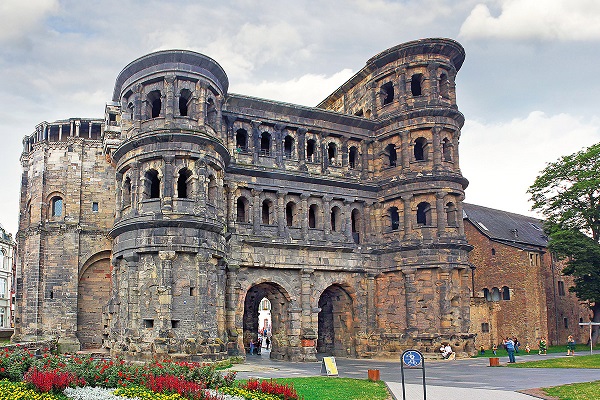 For centuries, the astounding Cologne Cathedral has attracted millions of tourists and pilgrims to the largest city on the Rhine. And while Cologne offers explorers a wealth of medieval wonders, many of them have quite literally been built upon the ruins of the Romans. The cathedral itself sits on the foundation of a church originally constructed in 313 by Maternus, the first bishop of Cologne, after the Christianization of the Empire.
Journey through the city's Old Town, once the site of the Roman colony, before spending some time in the Roman-Germanic Museum. Located in the heart of Cologne, mere steps away from the Rhine River, this archaeological museum contains a vast collection of Roman relics from the city's ancient past, including a large mosaic to the pagan god Dionysus preserved in its original location now the basement of the museum.

Just south of Cologne, at the all-important confluence of the Rhine and Moselle, sits the historical city of Koblenz. Roman influence around Koblenz dates back to 55 BC when Julius Caesar constructed a bridge over the Rhine to what is now the town of Andernach. However, it wasn't until about 9 BC that a military post was officially established on the peninsula between the two rivers. Calling it Castellum apud Confluentes (literally 'fort at the confluence'), the site became vital for Rome's continued influence and stability in the region as it watched over two of the most important waterways for trade and transport. Eventually, an even larger bridge along with two additional castles was constructed in 49 AD, over a hundred years after Caesar first arrived in Rhineland. While the site is now home to the impressive 19th century, Ehrenbreitstein Fortress, pieces of Rome can still be seen today. In fact, portions of the second Roman-built bridge still stand and are visible to those sailing through the famous confluence.

Known for it's quaint timber-framed houses, Gothic architecture and distinct Alsatian culture, the French city of Strasbourg offers travellers a truly unique riverside experience. Conveniently situated along the Rhine and surrounded by the beautiful and fertile lands of the Upper Rhine Plain, the city of Strasbourg was actually founded in 12 BC by the Romans as Argentoratum — eventually becoming the home to one of the oldest legions in the Imperial Army. While most of the Roman influence has since physically disappeared, a stroll to the Grand Île in the historical centre of the city will place you at the site of the old Roman camp. In 1988, to commemorate the 2,000 year anniversary of the city's founding as Argentoratum, the island was named a UNESCO World Heritage-listedSsite and continues to attract those who are intrigued by the city's ancient Roman history.

Looking to discover more of Europe's Roman secrets and explore the history of the Rhine River?
These ancient destinations can be explored in our Legendary Rhine & Moselle, Jewels of the Rhine, Splendours of Europe and The Majestic Rhine itineraries.