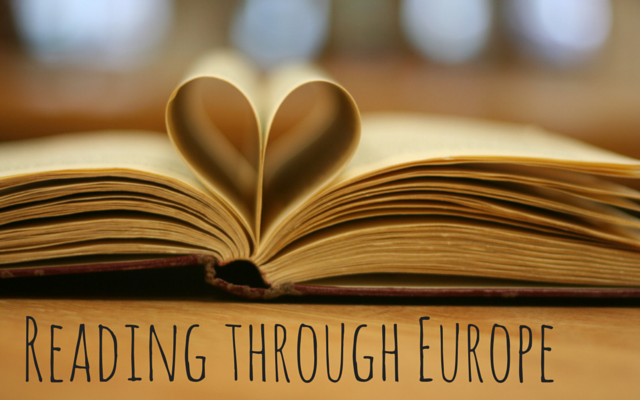 Europe – it’s a continent of culture and has a long and interesting history, one that has spawned many a famous talent in the arts. From fine art through to literature, its cultural history is one that is admired the world over.

The continent hasn’t received this reputation by chance. As a varied and naturally beautiful landscape it has inspired countless writers, and as a result you can effectively read your way through Europe. If you are travelling on a traditional European river cruise you will be privy to some of the areas best described in some of the world’s most renowned works. Here we highlight some of the novels that can inform your journey, from the classics to modern works.

Gustave Flaubert, Marcel Proust, Jules Verne. What do they all have in common? Yes, they are all French, but they are also some of our most celebrated writers. France is a stunning country and its long history and incredible landscape have inspired many a writer.

The 1833 novel by the world-famous novelist Honoré de Balzac is a spectacular work that has been read countless times by avid readers across the world. Its most notable translation was into Russian, having been translated by famous Russian novelist Fydor Dostoyevsky in 1843.

Balzac was famous as one of the founders of realism in European literature and what Eugénie Grandet illustrates so beautifully is his talent for giving a true representation of French society at the time and the shallowness of the bourgeois.

The Literary Tourist is a bookstore and literary destination guide that offers readers and bookworms a directory of bookstores, literary destinations, activities and events from all around the world, filled with detailed reviews that can help inform your travelling. They describe literary tourism as encompassing many different but related kinds of activities, including literary walking tours, visiting book fairs and, of course, visiting authentic literary landscapes and places depicted in works of fiction among others.

Here they offer their interpretation of how Balzac describes France in the novel Eugénie Grandet.

“In certain provincial towns there are houses whose appearance inspires melancholy equal to that produced by the darkest cloisters, the most lonely moors or the gloomiest ruins. This is how Balzac describes 'a house situated in Saumur (Maine et Loire), at the end of a hilly street leading to the castle, in the high part of town,' at the start of his brilliant novel Eugenie Grandet. The heroine's father is supposed to have been based on a businessman called Jacques Nivelleau. His house is known to have existed on rue du Petit Maure, and while it's no longer around, it's still well worth using the novel as a guide to the town.”

The Brontës are arguably the most well-known and respected sisters in literary history, and while they may be better known for depicting the wild moors of Yorkshire, Charlotte used her time spent in Brussels to inform her novel Villette.

Brontë travelled to Brussels with her sister Emily, author of the famed gothic novel Wuthering Heights, at the age of 26. They enrolled at a ‘pensionnat’, or boarding school, and stayed until Charlotte was forced to return on account of their aunt’s death in 1842. Charlotte returned to Brussels the following year to take up a teaching post at the school, but she only stayed another year as a result of homesickness and the ill-fated admiration of a married man, who many believe was the inspiration for the character of M. Paul Emanuel in the work.

Villette started life as The Professor, the author’s first novel, but it was unsuccessful and she later reworked it into what we now recognise as the base for Villette. The novel is set in the fictional city of Villette, a place based on Brussels, in the fictional kingdom of Labassecour, based on Belgium. The novel, while celebrated for its psychological portrayal of its protagonist Lucy Snowe, illustrates a time in the author’s life where she travelled to Brussels and the impact this had on her life.

Book club very much enjoyed this absolute beauty of a book: Villette by Charlotte Brontë. Thanks to Richard Smith for telling me about this agggggges ago! #villette #charlottebronte #bookclub #frankonlyreadsclassics

While much of John Green’s famous contemporary 2012 novel The Fault in Our Stars is based outside of Europe, in the author’s home country of America, the scenes depicted in the Netherlands are among the most important in the whole of the novel and have seen many fans travel to Amsterdam as a result.

John Green, The Fault in Our Stars

The novel’s plot may be a brutal insight into the reality of teen cancer, but this underlying theme is brought to life by the heroine’s journey. She travels to Amsterdam to confront the author of her favourite book, the fictional An Imperial Affliction, which parallels her own experiences with cancer. The Fault in Our Stars was recently turned into a very successful film, which brought the work to an entirely new audience and saw many scenes filmed in Amsterdam. The bench upon which Augustus and Hazel, the two main characters, share a special moment in the film was even stolen at one point, before being returned to its rightful place.

Nothing quite informs you of the history of a place than reading a novel based on past wars and their impact on the surrounding area. War makes and breaks countries, and often leaves scars that can still be visible on contemporary river cruises and trips. Stefan Zweig’s The Post-Office Girl is one such novel that achieves this and illustrates what Austria might have been like for those who lived during WWI.

The many visits to Vienna by the novel’s protagonist Christine Hoflehner, who is a post-office clerk living in a small village outside of Vienna during the war, illustrate the European civilisation challenges of the time. This includes the extreme poverty that people were forced to endure, which acts as a huge contrast for readers visiting Vienna today.

The novel has been described by film director Wes Anderson, next to Zweig’s other work Beware of Pity, as the inspiration and base for The Grand Budapest Hotel.

These are just a handful of novels that are either set in or inspired by Europe. Reading just one or two ahead of during a visit to the continent will not only inspire your journey, but enrich it by providing context and showing the area through the eyes of one of these celebrated writers.