From the Royal Family to Picasso: How the City of Nice became one of France's most beloved destinations

Nestled against the picturesque Mediterranean Sea, not far from the awe-inspiring might of the French Alps and the Italian border, is one of France's most beloved and inspiring cities. For well over a century the city of Nice has captivated the hearts and minds of some Europe's (and the world's) most brilliant and renowned thinkers, aristocrats and artists.

With its incredible year-round climate, stunning natural environment, thriving and inviting culture, the pebbly shores of this French Riviera city has become a favourite residence for those seeking warmer climes during Europe's winter months. Famously, the British Royal Family, as well as the aristocracy from Imperial Russia frequented Nice, leaving a long lasting impression on the culture of the city which can still be enjoyed today. And while Europe's most affluent flocked to this coastal paradise, artists from around France and the world have also long been attracted to the natural beauty and inspiring atmosphere of the region.

As we've detailed in our exclusive City Guide, Nice is truly a magnificent getaway. Whether you're looking to sunbathe by the beach, take in the city's fascinating culture and history, or delight in the region's fine cuisine, a journey to 'The Capital of the French Riviera' is sure to be an exceptional experience no matter what your interests. So before you plan your next adventure, here is a closer look into the city of Nice and what has made it a destination people return to again and again.

A paradise to winter in

Since the second half of the 18th century, Nice has been a consistent winter home for some of Europe's most notable families. Its delightful weather, fabulous beaches and stretches of breathtaking coastline, coupled with an opulent mix Belle Epoque and Baroque architecture, has  made it an ideal destination. Most famously, the city developed an incredibly strong connection with the British Royal Family. This longstanding relationship has led to an extremely unique, and at times very English, culture to be adopted throughout the city. Today, it'd be hard to visit Nice and not grasp why it has been called the most 'British town in France'. 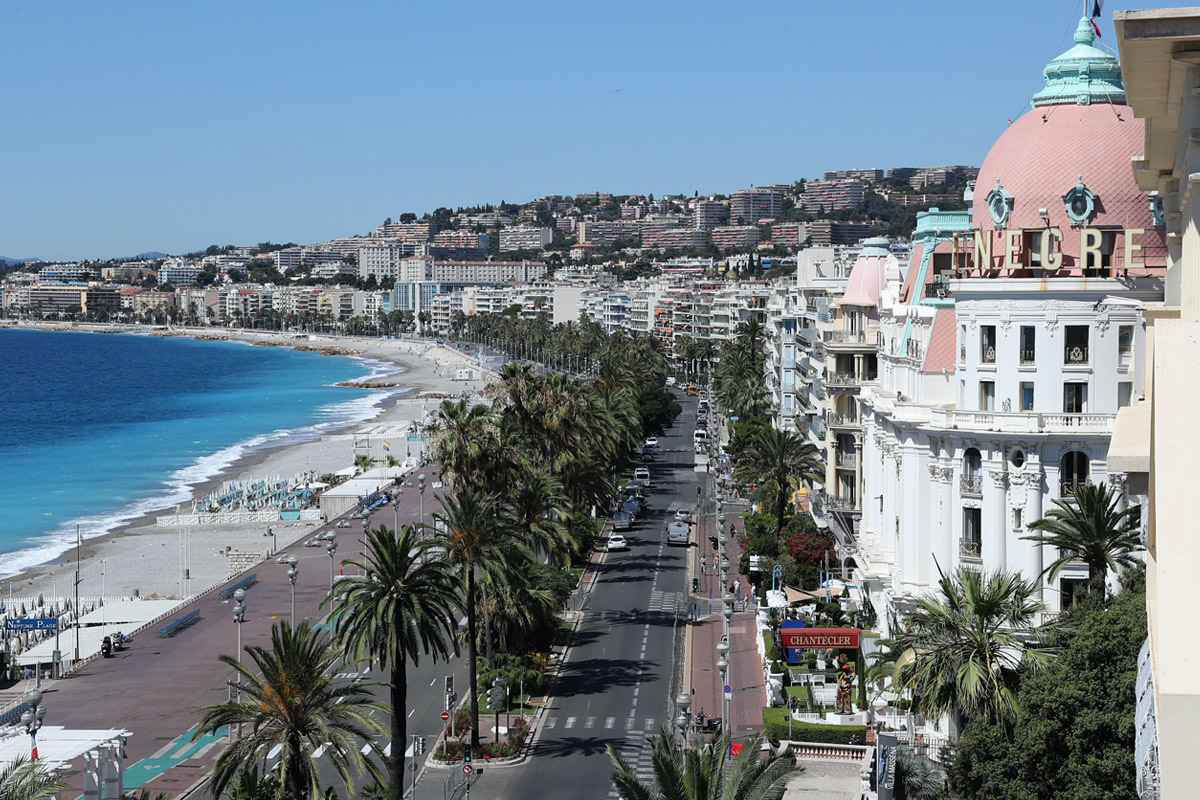 Emphasizing the relationship between and Nice and Britain is the city's coastal causeway. The aptly named Promenade des Anglais, or 'Walkway of the English', has become a prominent feature of the city. Nearly everyday, locals, tourists and the Riviera's seasonal residents can be seen enjoying the access the Promenade grants to the area's most spectacular beaches and waterfronts along the Mediterranean Sea.

The Promenade is the result of a particularly harsh winter which, in 1820, led to an influx of migrants from the northern parts of Europe. However, unlike the aristocracy class which had been frequenting Nice for decades, these newcomers were of lesser means, and as such had to find work or even beg to make ends meet in the city. And so, as a way to create work for these new wintertime residents, members of the English upper class advocated for the Promenade's construction; a project which was also funded by the Holy Trinity Anglican Church of England. In 1931, following an extensive upgrade to the Promenade, the area was inaugurated by Prince Arthur, Duke of Connaught and dedicated to the legacy of the British in Nice. Much like their British counterparts, Russia's Imperial court and aristocratic elite flocked to the French Riviera to escape the notoriously severe winters of the Motherland. In fact, once a railway that linked Russia to Nice was constructed in the mid-19th century, the city become the go-to destination for Tsar Alexander II and his family. Built to honour Russia's heir apparent, Nicholas Alexandrovich, who died in the French city, the Cathédrale Orthodoxe Saint-Nicolas des Nice has served the vibrant Russian community since its consecration in 1912. Following the Russian Revolution of 1917, Nice became a destination where political exiles and those with royal sympathies could safely relocate to. To this day, the church still belongs to the Moscow-based Russian Orthodox Church. The architecture is uniquely Russian and stands as a prominent symbol of Nice's multi-national tradition, and its immutable link to old Russia.

A city of inspiration

While the warm weather and opulent lifestyle brought many of Europe's rich aristocracy to the shores of Southern France, Nice's priceless culture and inspiring beauty saw it become a favourite for world-renowned painters, writers and philosophers alike. Russian playwright, Anton Chekhov, resided in Nice for a time; and famed German thinker, Friedrich Nietzsche, spent six winters in the city while finishing his pivotal work, Thus Spake Zarathustra.

While the literature produced along the Mediterranean is certainly without comparison, Nice itself has become particularly well-known for painters, artists and architects. This should come as no surprise given that the city, much like the countryside surrounding it, is as colourful as it is unique. Arguably the greatest artist of his generation, if not the 20th century, Pablo Picasso was notably captivated by the French Riviera. Starting in his twenties, Picasso lived and worked along France's Mediterranean coast, often drawing on the region for inspiration. After some time in Paris, he spent the last years of his life just west of Nice in the nearby commune of Mougins, painting as well as perfecting his work in sculpture and ceramics. Despite being just the seventh largest metropolis in France, Nice is home to an astounding number of  museums, galleries and public art spaces. Rivaling even that of Paris, the French Riviera's well-established artistic legacy can be discovered here time and time again. Of the many captivating museums across the city, the Musée des Beaux-Arts is easily one of the most magnificent. Originally constructed in 1878 for a Russian Princess who loved and frequented Nice, the Musée was once a decadent mansion and private residence before becoming an art gallery. Today, it is home to an art collection spanning four centuries and features works from a variety of artists inspired by the French Riviera, including some of Picasso's very own ceramic pieces. 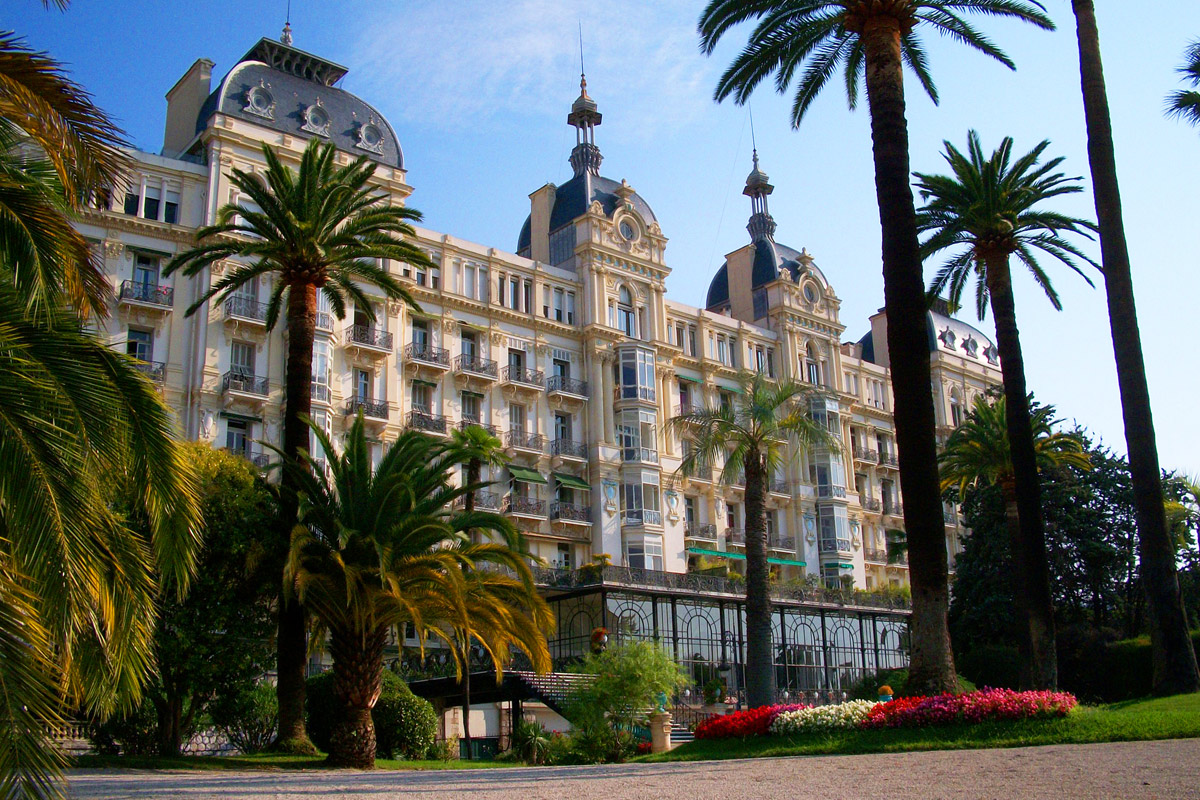 Nearing the end of the 19th century, Nice started to come into its own as a city inspiring the arts, travel and, of course, grandeur. Combining all three in 1895, was the construction of the beautiful Excelsior Régina Palace. A perfect example of the unique Belle Époque style of architecture, this luxury hotel was originally built in honour of Queen Victoria of England, and, for the time, was something of an architectural marvel. Not only is this building visually stunning, but it was also built using the most modern and innovative techniques for electric lighting, central heating and water treatment.

As you might expect, this lavish hotel became a favourite getaway and residence for several notable guests. While Queen Victoria's apartment was by far its crown jewel, the Regina Palace was also home renowned French painter and sculptor Henri Matisse, who lived in the palace from 1938 to 1943. The works of Matisse, many of which were directly inspired by Nice, can be found across the city, in the brilliant Musée Matisse, or displayed in the hotel itself. A truly inspiring landmark, both for its architecture and historical precedence, it's no wonder the Regina Palace is still considered one of Nice’s most beautiful 19th-century buildings.

Nice, the Capital of the French Riviera, is a must-see destination for anyone travelling through the South of France. Whether you're enjoying an Emerald Cruises river cruise along the majestic Rhône or sailing by superyacht through the azure waters of the Mediterranean, several of our exceptional itineraries will take you right into the heart of this extraordinary city.

Visit our website today or download your free brochure and start planning an amazing getaway to the French Riviera with Emerald Cruises. We look forward to welcoming you on board and helping you fall in love with France!