Glamour; sophistication; elegance—words you might usually associate with a person, not a place, but they describe the French Riviera perfectly. The Côte d'Azur (known in English as the French Riviera) is somewhat of a millionaires’ playground, boasting superyachts, white-sand beaches, shopping promenades and classy cafés. But this gem of the Mediterranean—located in the South of France’s Provence-Alpes-Côte d'Azur region—holds something for everyone and is welcoming to all.

What is the French Riviera?

The French Riviera is a stretch of the Mediterranean coast that runs along the south-eastern coast of France. Here, you’ll find many villages, towns, and cities, each with their own unique cultures and attractions. This prime spot on the Med enjoys a warm climate for a large portion of the year, making it a dream travel destination for many.
Read on, to explore the extraordinary as we detail the highlights of a French Riviera cruise with Emerald Cruises. 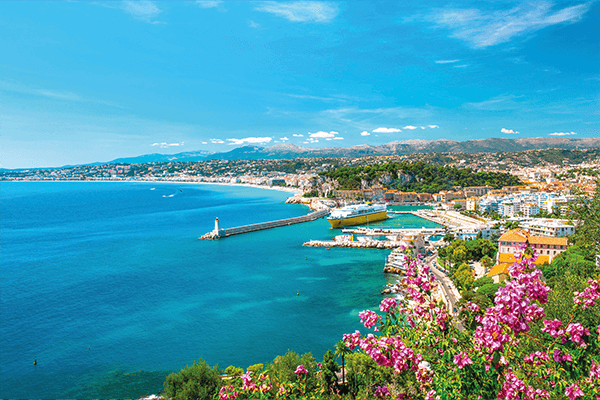 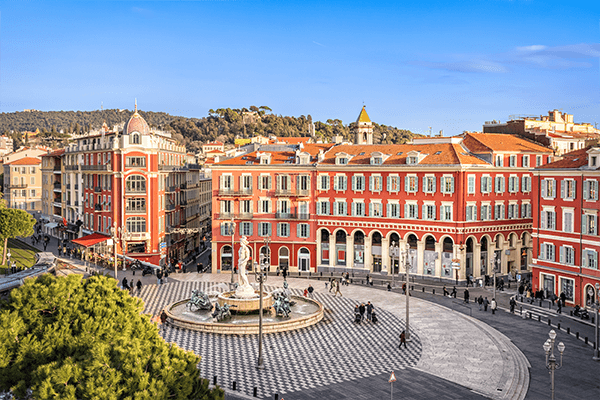 Arguably the most famous destination on the French Riviera, the romantic city of Nice is the capital of the Côte d'Azur, with many a French Riviera cruise calling into port here. Surrounded by mountains in the north and the crystalline waters of the Med to the south, this bustling city is treated to a stunning natural backdrop. Enjoying a warm climate year-round, it’s no wonder that Nice is such a popular travel destination.

If it’s sand and sea you’re after, there’s beach for miles—four miles exactly—split into various public and private beaches, meaning there’s something to suit everyone’s taste and budget.

If you’d prefer to keep to Nice’s tiled streets, there are plenty of opportunities for shopping and tasting the local cuisine. Perhaps the most famous walking spot in the city is Promenade des Anglais (known simply to locals as ‘the Prom’). This iconic walk along Nice’s seafront stretches along the full four miles of beach. Perfect for a stroll, or an active bike ride, here you’ll also find plenty of cafés and bars which come alive at night—perhaps you’ll be tempted to try a Niçoise salad.

There are plenty more squares and hidden streets to explore throughout Nice. Head to Massena Square for a splash of colour and take in the infamous Greco-inspired Sun Fountain or wonder the picturesque Rue Droite within the city’s Old Town, visiting art galleries and sampling local delicacies.

It’s not just glitz and glamour that draws people to Nice—the city also has a long and rich history, and this is felt within the city’s architecture. Nice was founded by a group of Greek seafarers in around 350 BC and named Nikē after the Greek goddess of victory. Over the centuries, the city saw the rule of Romans, and the counts of Provence and Savoy, before eventually ceding to France in the 19th century.

If you’d like to keep active while visiting the city, take a walk to the top of Castle Hill (although don’t be fooled, there’s no castle to be found here). The hill was once home to a medieval chateau, encircled by a walled fortress. During a conflict in the early 18th century, King Louis XIV of France conquered the chateau almost surely by luck alone as one of his cannonballs landed in the castle’s ammunitions storage, causing a large explosion. 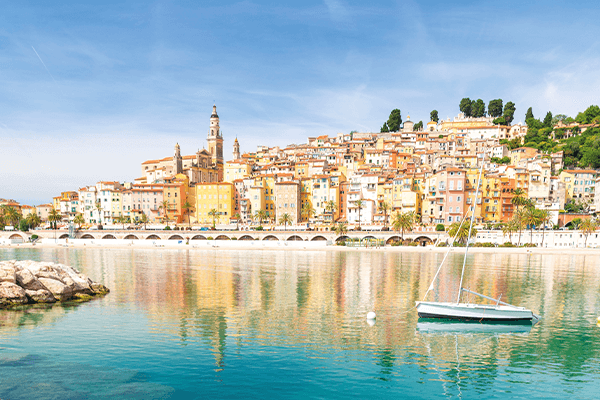 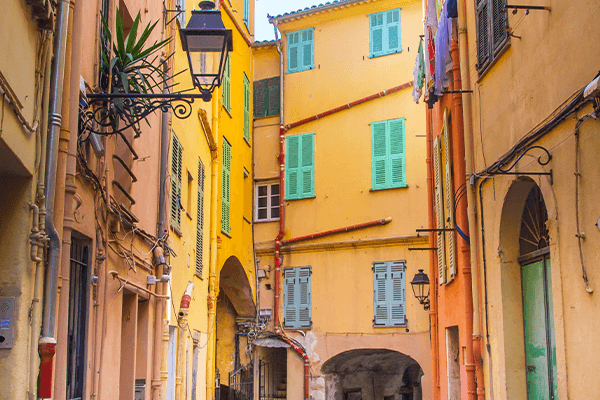 Known to many as the ‘Pearl of the French Riviera’, Menton is located approximately 30 miles along the coast from Nice. Bringing a more relaxed feel to the Côte d'Azur, Menton is a town full of pastel buildings and terracotta roofs and enjoys a wonderful sea breeze. With less crowds here than other French Riviera hotspots, things move at a much slower pace. Founded in the mid-13th century, the town was built around the old Roman road that still runs through it.

You’ll find a plethora of old towns throughout the French Riviera, and Menton’s is not to be missed. Yellow, orange, and peach tones line the walls of the buildings of Rue Longue as you wonder through a web of narrow and winding streets. Climb to the top of the Old Quarter’s steps and you’ll find the Basilica of Saint Michael Archangel, a gorgeous Baroque-style cathedral.

Perhaps an unexpected spot for picturesque views of the Côte d'Azur is the Vieux Chateau Cemetery. Climb to the summit and wander through the terraces to reach viewpoints offering vistas of Cap Martin and a seascape that stretches all the way to Italy.

Those looking for a spot that truly encapsulates the French Riviera should head to Plage des Sablettes. On one side of this boulevard, you’ll find a white-sand beach, just waiting for you to take a dip in the azure waters. On the other, you’ll find a promenade lined with shops and restaurants, offering you a taste of the true Mentonnaise lifestyle.

Not to be missed off the list—one of Menton’s most famous exports is its lemons; the growing of these citrus fruits is a large part of the town’s culture—and one you simply can’t miss, with lemons seen growing all around Menton, and products created from the fruit found throughout its shopping streets. Menton even holds its very own lemon festival (Fête du Citron) each year, bringing a carnival atmosphere to the town complete with floats and sculptures created from citrus fruits. 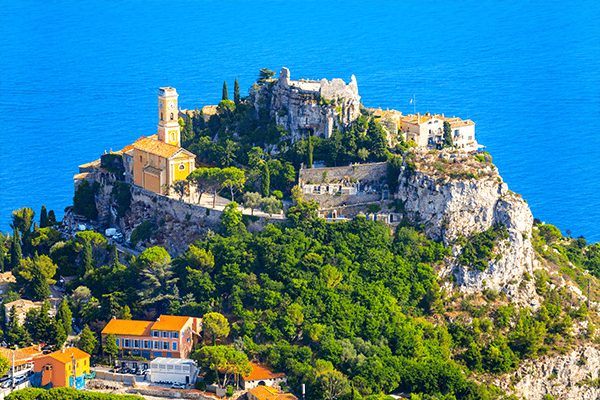 Eze (or Èze) is a medieval commune perched over 400 metres above the French Riviera and is situated on various levels of a hilltop. Eze is actually comprised of two separate villages—Èze-sur-Mer and Èze Village. As with much of the Côte d'Azur, Eze has a storied history.

It is suspected that Eze was first populated in around 200 BC by Greek settlers (after the remains of Greek artefacts were found in the village at the end of the 19th century). Due to their proximity, Eze has shared a similar history with Nice over the centuries, having seen Roman occupation and destruction of the city walls by King Louis XIV before coming under French designation in 1860.

Eze boasts perhaps some of the most stunning views of the French Riviera, one of the advantages of being perched so high above sea level. It’s hard to find a spot in Eze that isn’t treated to Mediterranean vistas. And the architecture of Eze itself is also a sight to behold, with its stone houses, narrow cobbled streets and the medieval fortifications which line the village.

The oldest building you’ll find in Eze is Chapelle de la Sainte Croix, a church dating back to the 14th century. Complete with a unique bell tower, this place of worship has been a key location throughout Eze’s history, including serving as the town’s meeting place when its people voted to become part of France in the mid 19th century. 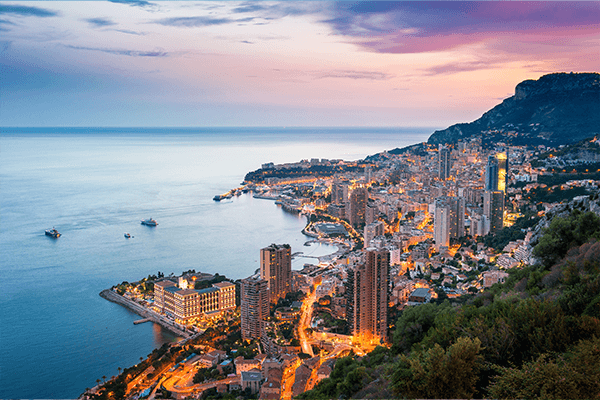 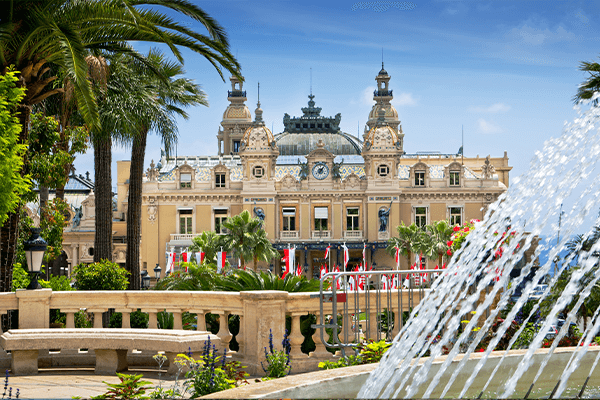 Although not technically a part of France, the Principality of Monaco is situated on the French Riviera, nestled between Eze and Menton. Superyachts, flash cars, and designer shops may be the first things that spring to mind when thinking about Monaco and its main hotspot Monte Carlo—a favourite with celebrities and billionaires.

Head to Monte Carlo, the administrative area of Monaco, for a taste of true glitz and glamour. Here you’ll find many a chic café, the most famous of which is Café de Paris. Enjoy a coffee in the sun on the terrace or head inside to enjoy lunch in the brasserie-style ambience of the interior.

At the Monte Carlo Casino, you’ll get a taste for the lifestyles of the rich and the famous before you even enter the building, with sportscars lining the surrounding street. The casino itself is a sight to behold, both inside and out, with its ornate façades and indulgent décor. And just a stone’s throw from this grand casino (in the same building, in fact), you’ll find the Opéra de Monte-Carlo. This plush theatre regularly holds performances of opera and other arts.

Monaco-Ville is the principality’s capital and where you’ll find the Prince’s Palace situated at the top of Le Rocher (the Rock of Monaco), the oldest area of this independent state. The palace is the official residence of Monaco’s monarch and head of state, the sovereign prince or princess. The sovereignty has remained in the House of Grimaldi for over eight centuries, and the current reigning monarch is Prince Albert II.

The palace itself is open to visitors between April and mid-October, although it’s always worth a walk up Le Rocher to catch a glimpse of the impressive building, even when the interior is closed. Apart from the palace grounds, it’s also worth a visit to the Cars Collection of H.S.H. the Prince of Monaco, where you’ll see a compendium of vintage cars collected by the former Monégasque sovereign, Prince Rainier III, over the course of 50 years.

And of course, we couldn’t talk about Monaco without mentioning the biggest event on its calendar, the Formula 1 Grand Prix. Held each summer, the Grand Prix first came to Monaco in 1929 and is considered to be one of the most important motor-racing events in the world. No ordinary racing track, the circuit weaves through the streets of Monaco and consists of tight chicanes and hairpin bends, adding an element of extreme danger to the race. Some of the world’s most famous faces flock to this principality each year to catch a glimpse of the expert drivers and their groundbreaking vehicles.

The Côte d'Azur boasts a wealth of history, culture, and glamour just waiting to be explored, and what better way to do so than from the comfort of a luxury yacht cruise? Enjoy modern exploration at its finest, taking in the sights of Nice, Menton, Eze, and Monaco before returning to the contemporary luxury of your yacht.
Download your free brochure today to learn more about our 2023 luxury yacht cruises and how you can explore the extraordinary. 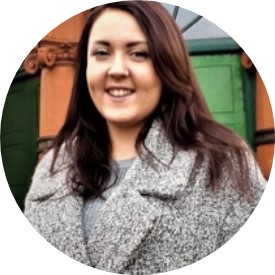 Sian is Emerald Cruises’ Global Content Manager and is responsible for delivering digital and print marketing along with the wider marketing team. Sian’s favourite Emerald Cruises port of call has to be Ho Chi Minh City.