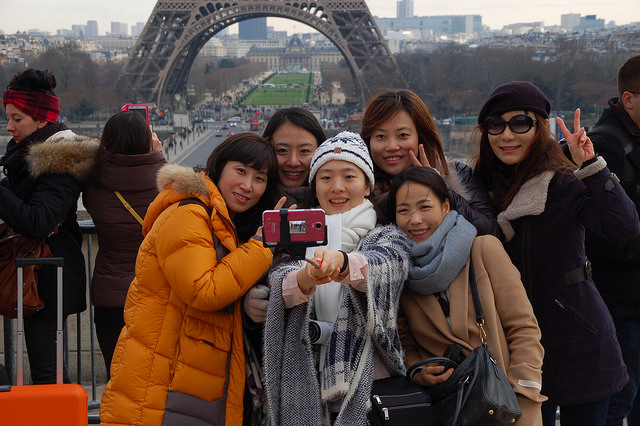 It is estimated that there are one million selfies taken in front of landmarks every day, which could soon be stopped if a new EU law comes into force.

Although aimed at commercial photographers, travellers and holidaymakers could face prosecution if the images in front of public buildings find themselves on social media. For example, people posting photographs of themselves with the Eiffel Tower in the background on sites such as Instagram and Facebook may incur a fine.

Iconic buildings may need to be blacked out in holiday snaps

The move comes in a bid to stop photographers from selling images of public buildings to use commercially, but websites such as Wikipedia have declared itself against the law, and are set to publish photographs of users travelling photos in order to illustrate the ‘madness’ of the proposals.

However, the UK and other European countries should currently be protected by a ‘freedom of panorama’ provision on copyright law, allowing people to publish images of modern buildings and public art without breaking any rules.

Documenting a holiday with photographs is often considered one of the many highlights of going away, with reports by Amadeus IT Holdings showing that travellers increasingly plan their trips to increase social standing and get more online followers. Those on luxury European river cruises will be able to take selfies aboard the Emerald Star-Ships, but may have to be more careful when heading into port on the organised excursions.

This news comes not long after the announcement from numerous attractions, who have banned selfie sticks from being used on their premises. Walt Disney World is the most recent attraction to follow this trend, while the Louvre in Paris has had this new rule in place for a few months.

The most popular places to take a selfie include the Eiffel Tower in Paris, the Empire State Building in New York, and the Burj Khalifa in Dubai.