Emerald Sakara – a mantra meaning ‘thoughts become things’ – becomes the second luxury superyacht for Emerald Cruises and will be welcomed to the brand’s yacht cruising fleet in 2023, along with the addition of a brand-new sailing destination – The Seychelles.
Emerald Sakara will join sister-superyacht Emerald Azzurra sailing the Mediterranean, Adriatic, Red and Black Seas. The addition of a second yacht adds additional capacity to keep up with the strong demand for the brand’s ocean-going itineraries, which saw Black Sea sailings sell out within two weeks of being released, despite the global pandemic.
The launch of Emerald Sakara will also introduce a brand-new destination for Emerald Cruises – the Seychelles in the Indian Ocean – when she embarks on her maiden voyage. The eight-day Tropical Charms of the Seychelles itinerary will explore Port Victoria (Mahé Island), Sainte-Anne Island, Cousin Island, Praslin Island, Grande-Soeur Island, Curieuse Island, La Digue Island and Aride Island.
Construction is underway on the new 110-metre-long Emerald Sakara in Ha Long City, Vietnam, with the steel already cut. Like her sister-superyacht, 88 per cent of Emerald Sakara’s cabins will feature balconies. The superyacht will also boast more space per guest than similar vessels of her size. Guests will enjoy a large infinity pool, spa, gym and marina platform with a number of marina toys available, including paddleboards and snorkelling equipment. All guests will enjoy Emerald Cruises’ signature inclusive pricing which comprises all on board meals, complimentary beer, wine and soft drinks at lunch and dinner, as well as a number of excursions and on board activities.
The second luxury superyacht is expected to launch in Q1 2023, with bookings on sale starting September 28, 2021, alongside further details on Emerald Sakara’s schedule of 32 departures. “We’ve received enormous interest in yacht cruising since announcing the launch of Emerald Azzurra, and we’re thrilled to be able to announce the building of our second luxury superyacht, Emerald Sakara. The yacht’s name is Sanskrit for the idea of ‘thoughts becoming things,’ and refers to the philosophy that positive thoughts can manifest into reality. 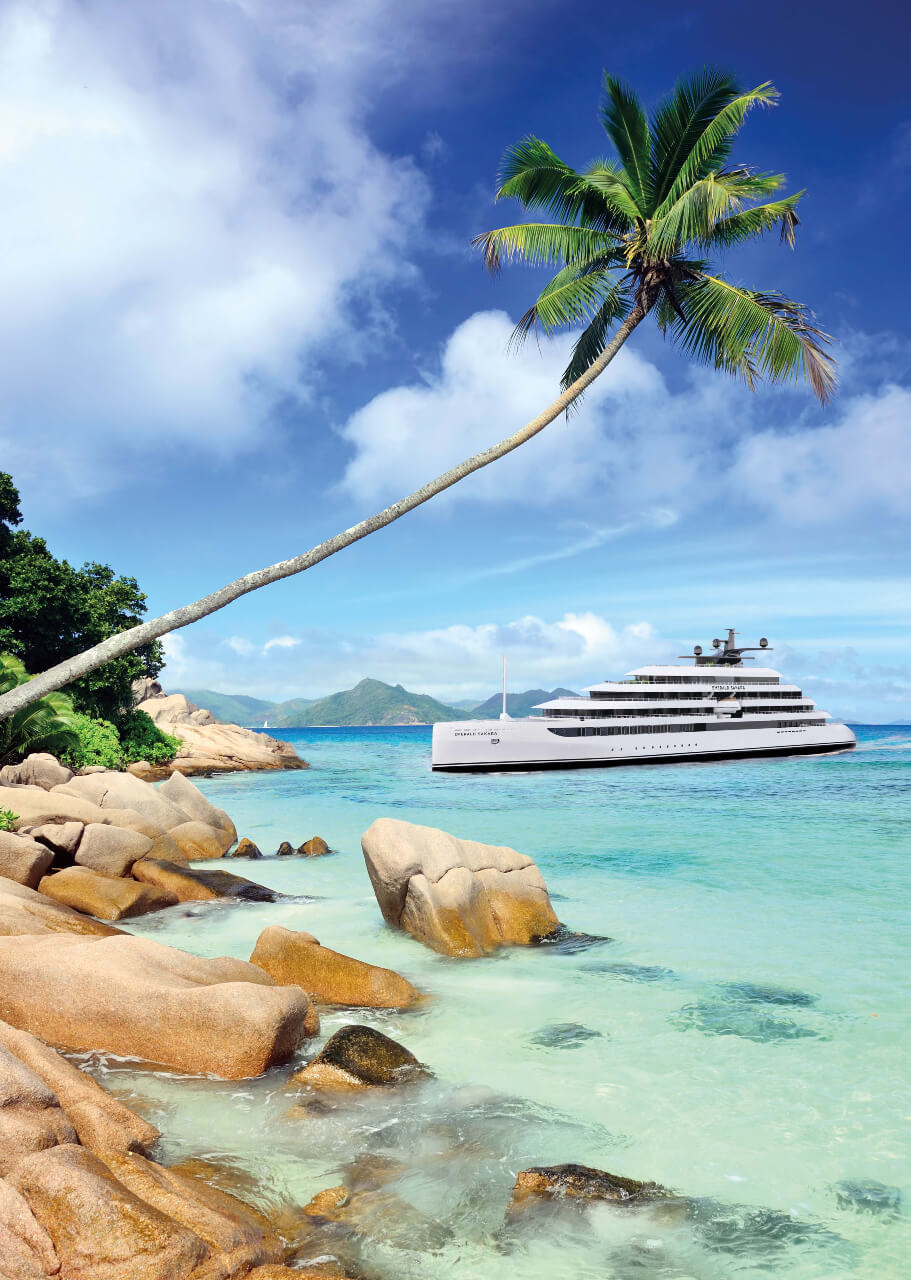 We love this idea, which underscores Emerald Cruises’ brand promise of making our guest’s dreams of taking a luxury yacht vacation for an exceptional value come to life,” said David Winterton, global director of brand & marketing, Emerald Cruises. “Just like we did eight years ago on the rivers, we are bringing our own style of innovative and contemporary cruising to the world’s celebrated oceans, and we cannot wait to welcome guests on board our two superyachts to explore some of the world’s most incredible regions with them.”
Emerald Sakara is the 11th vessel in the Emerald Cruises fleet – joining nine river cruising Star-Ships and the brand’s ocean-going superyacht Emerald Azzurra, which is due to commence sailing on 28 January 2022 with the eight-day Best of the Red Sea itinerary.