Decades of communism did little for culinary evolution in Eastern Europe, where food was mainly viewed as necessary fuel rather than an experience to be savoured. Typical cuisine was epitomised in the milk bars – Eastern Europe’s answer to a café – which served up stodgy dumplings alongside fatty chunks of meat and watery potatoes. But an increase in both wealth and confidence has led to a rediscovery of the region’s cooking traditions and the birth of new high-end establishments that offer stiff competition to their Western counterparts.

Menus at now thriving venues across Eastern European are increasingly playful and visionary. Restaurants tend to source fresh local ingredients wherever possible and the food is delicious. You’ll often find that the dishes on offer represent a unique take on national classics, which is perhaps why the milk bars have reappeared — reinvented as a place to enjoy fresh, traditional fare.

Take a tour through Eastern European and discover the new hotspots that are drawing in foodies from the West with their innovative cuisine. Historic Budapest sits on the banks of the Danube which, together with Buda Castle, are UNESCO World Heritage sites. Home to world-renowned farmers’ markets with fresh fruits, vegetables and pastries aplenty, there’s never a shortage of fresh ingredients in this vibrant city which is reflected in the menus on offer.

Head over to Első Pesti Rétesház to sample the strudels here – this traditional sweet dish comes with a range of mouth-watering fillings which include cheese, apple, sour cherry or poppy seed. When you’re satisfied, try out one of the many hot springs that Hungary is famous for and enjoy the steamy outdoor pool temperatures which can reach up to 38 degrees Celsius.

With a captivating mixture of architectural styles, Belgrade is a city of sharp contrast where the new sits proudly alongside the old. The bustling riverbanks and quaint pedestrianised streets give way to a charming culture, and innumerable culinary delights are served in the city’s traditional and modern eateries.

Belgrade is an adventurous city that has become an increasingly attractive prospect for Europeans seeking out fine food, wine and exceptional hospitality. Traditional Serbian menus feature rich meats, cheeses, fresh pastries and desserts, but you’ll find chefs here are striving to push the boundaries by reinventing, refining and improving these time-honoured dishes. Try the Pljeskavica, a very tasty dish of minced meat sprinkled with spices then grilled like beef steak. 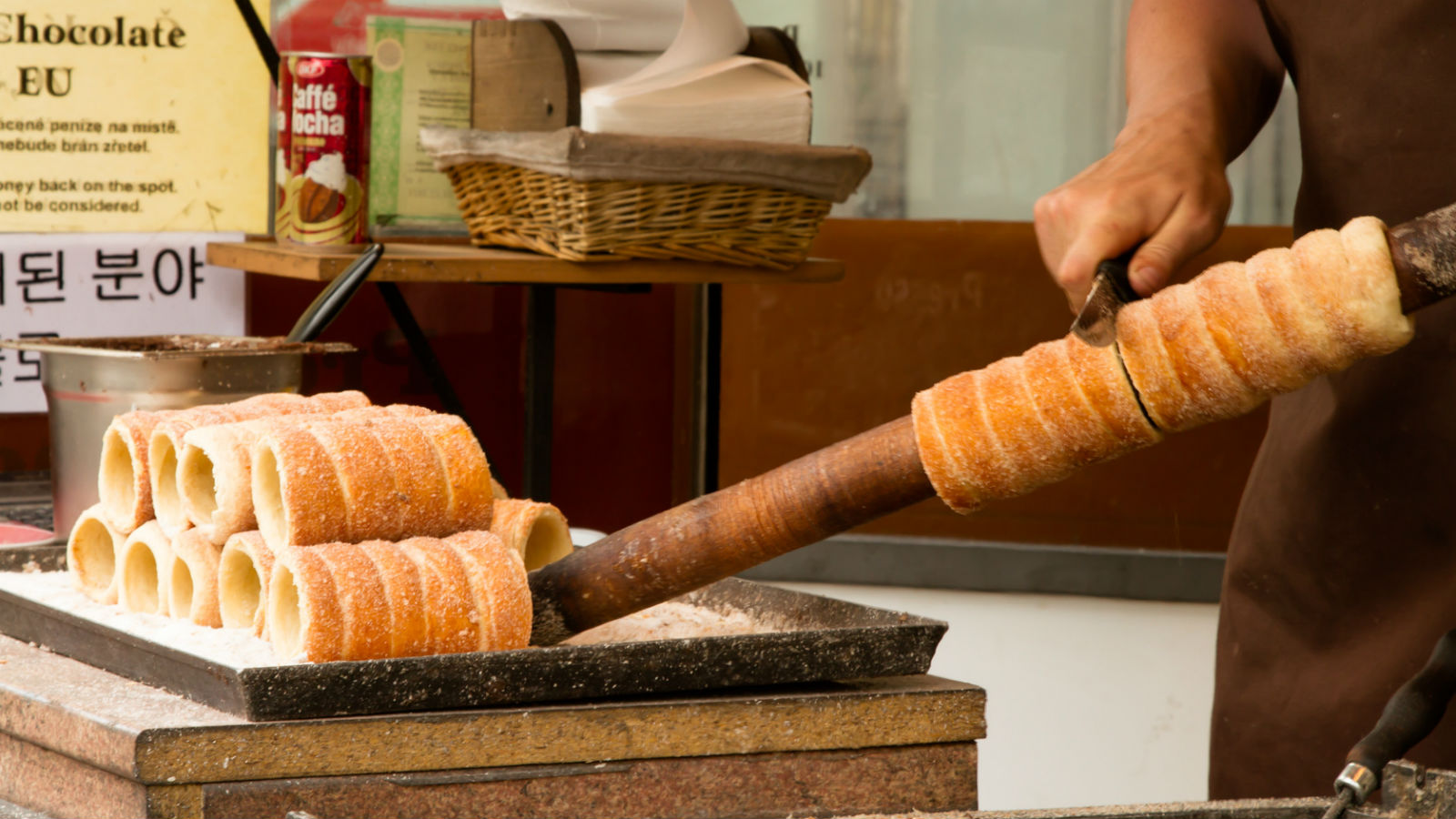 The beautiful city of Prague is well known for its majestic spires and graceful bridges, but less known for its phenomenal cuisine. However, seek out the eateries favoured by the locals, and you’ll be greeted by dishes which have been passed down from generation to generation, reaching perfection in the process.

Try the ovocné knedlíky, a delicious kind of fruit dumpling filled with strawberries, plums, apricots or sometimes plum jam, which makes a wonderful lunch. These will often be topped with butter, chocolate, icing sugar, cinnamon, or grated gingerbread.

If you’re just having drinks, you’ll find some venues will offer you nakládaný hermelín, a snack of soft, deliciously creamy cheese with a texture like Camembert and an edible rind. Pickled in oil, spices and garlic for several days, the cheese is usually served with oil, onions, peppers and bread.

Svishtov sits on the banks of the Danube and has been inhabited through time by many different civilizations, leaving a wide variety of interesting archaeological and architectural monuments behind.

Traditional Bulgarian dishes to try include the world-famous shopska salad, a simple combination of chopped tomatoes, cucumber, peppers and onions sprinkled with grated sirene cheese that makes a refreshing starter. Look also for fresh fish from the Danube, a favourite that visitors to this area often rave about. 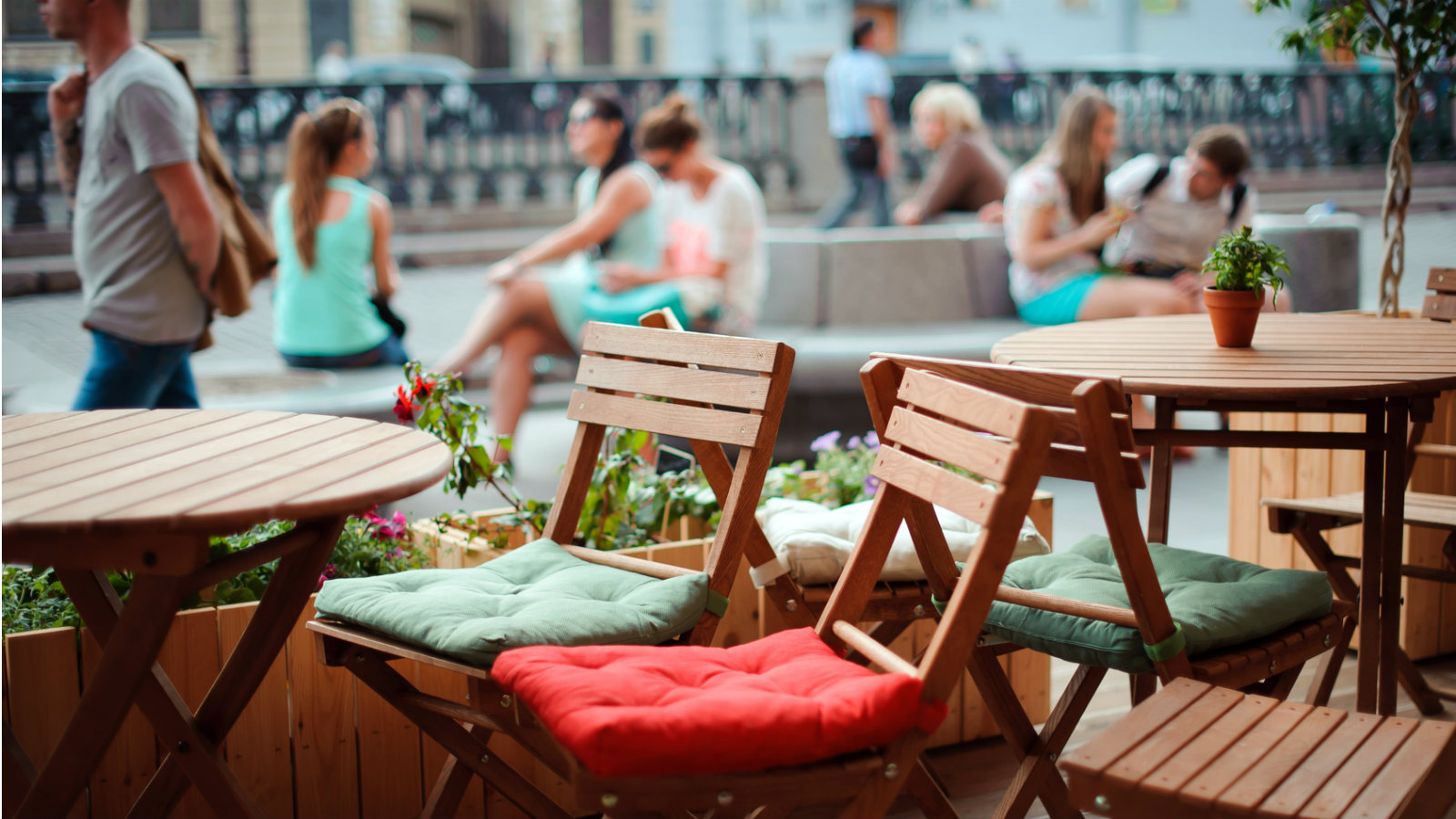 At first glance, Bucharest is another city that can be easily dismissed, but its true beauty lies just beneath the surface. Seek out the historic Old Town and enjoy the architecture, visit the ruins of Vlad the Impaler’s palace and stop by the Palace of the Parliament which is the third largest building in the world. Find your way to University Square where you’ll see many book salesmen making their living, and enjoy a walk through Cișmigiu Gardens, a 17-hectare site designed by German landscape architect Carl Meyer.

Look out for sarmale in the restaurants, a traditional dish made using minced meat (pork or chicken) with rice and spices, rolled in cabbage leaves and boiled for hours. This delicious offering is served with sauce made from sauerkraut and tomato juice mixed with other secret ingredients.

For dessert, try the papanasi, delectable sweet cheese rolled into doughnut shapes, filled with cream and topped with berry jam.

Have we woken your hunger for Eastern European delicacies? Our Enchantment of Eastern Europe itinerary is perfect for those looking to explore the culinary delights of this wonderful part of the world.