Discover the Game of Thrones Filming Locations in Croatia

The world of Game of Thrones has hit our screens once again in the form of the hotly anticipated Targaryen family prequel, House of the Dragon. The likes of Paddy Considine, Emma D’Arcy, Matt Smith, and Rhys Ifans are delivering an acting masterclass, set against stunning locations around Europe.

But of course, it was the original Game of Thrones series’ locales that first captured our attention, with Croatia becoming the inspiration for the centre of power itself, King’s Landing, amongst other important locations.

The Emerald Cruises team might be glued to the screen eagerly anticipating the next episode of House of the Dragon, but it also got us thinking about the original Game of Thrones filming locations in Croatia. With House Targaryen firmly on our minds, we decided to take a look back at the importance that Dubrovnik – and Croatia as a whole – had on one of the most watched TV shows of all time. 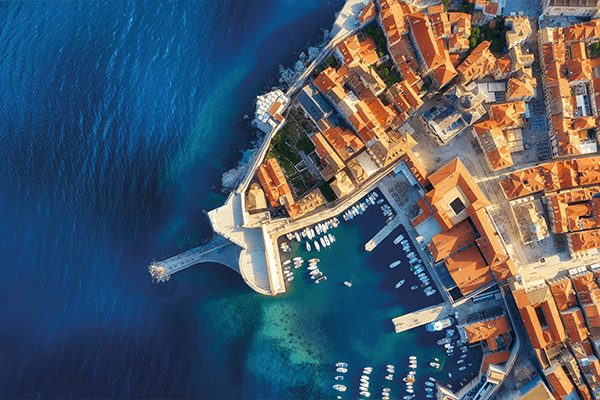 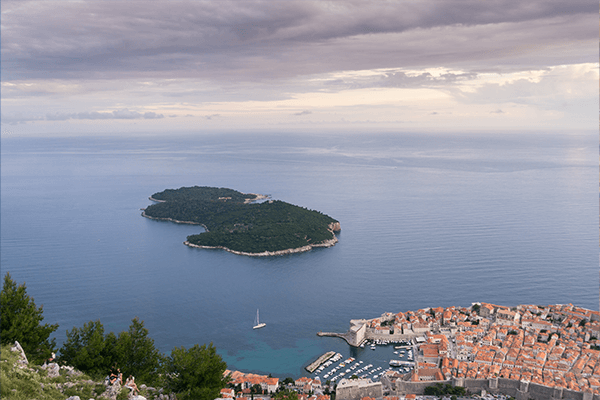 Capital of the ancient region of Dalmatia, modern-day Dubrovnik is often described as the ‘Pearl of the Adriatic’ for its incredible history and architecture. Many scenes from Game of Thrones were shot in the city’s Old Town district, which from the show’s second season came to serve as the main inspiration for the capital of Westeros – the contested continent in the ‘GoT’ saga – King’s Landing.

Dubrovnik is characterised by its orange-tiled buildings and imposing city walls, which perfectly match the envisioned aesthetic of King’s Landing’s Red Keep – the seat of power where the rulers of Westeros govern from the Iron Throne.

Just off the coast of Dubrovnik is the stunning isle of Lokrum, which also served as a significant Game of Thrones filming location in Croatia. Covering 72 hectares, and accessible by a 15-minute water taxi from Dubrovnik, Lokrum Island was used as the stand-in for the city of Qarth near the Jade Sea, which leading character Daenerys Targaryen visited in Season 2 and had conquered by Season 4, alongside Slaver’s Bay.

The island’s beautiful botanical gardens and former Benedictine monastery were regular backdrops with the monastery now serving as a visitors’ centre for fans of the show (complete with a replica of the Iron Throne which is free to interact with if you’d like to take a souvenir photo). 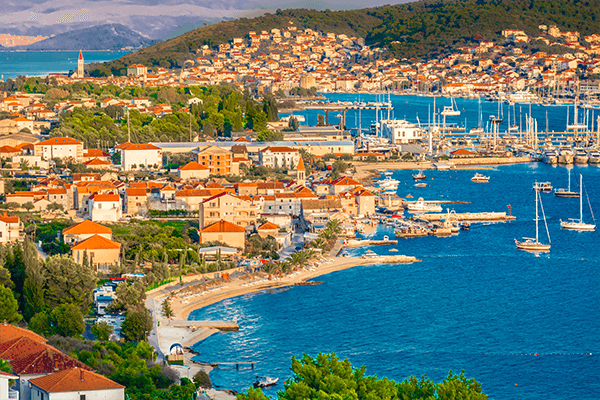 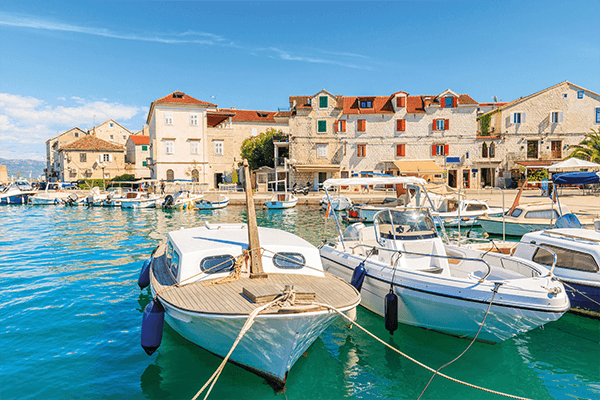 The historic town of Trogir is a must-visit destination, utterly steeped in history. There are plenty of nods to the former Greek and Roman habitation of the town, and a wealth of exquisite Venetian-style architecture spreads from its waterfront.

Often compared to Dubrovnik, Trogir is home to medieval city walls which stretch along the southern side of the town, though they no longer encircle the complete settlement as they once did. The town is revered for its Venetian Gothic architecture, including the Cathedral of St. Lawrence and the City Loggia.

Trogir Harbour is one of the important early Game of Thrones filming locations in Croatia, as it is where Daenerys Targaryen first sets foot in Qarth with her loyal followers who wish to see her take the Iron Throne. It’s where she started to build her powerful army before heading over the sea to Westeros. 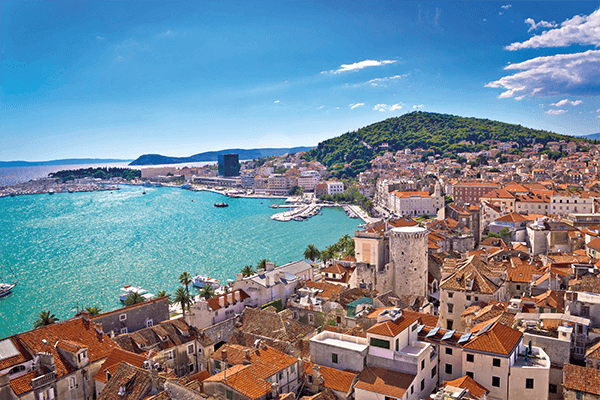 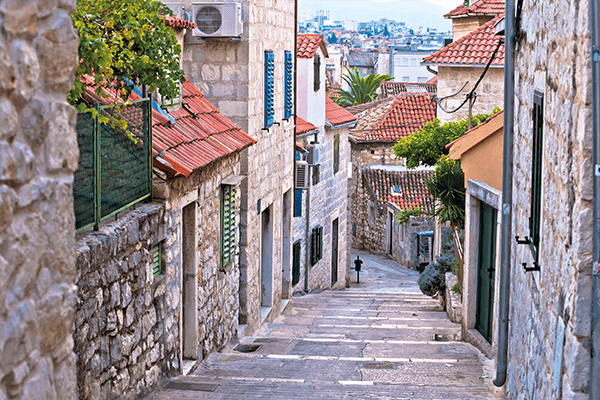 Located 17 miles along the coast from Trogir, Split is Croatia’s second city. It’s also the biggest and most influential city on the Adriatic Coast and has the history and heritage to prove it. Regarded as the gateway to the islands of Dalmatia, Split is home to Croatia’s busiest port with ships and ferries departing regularly for destinations including Hvar, Brač, Vis, Korčula, and even Ancona on Italy’s eastern shores.

Split’s remarkable heritage is centred around Diocletian’s Palace, an ancient Roman monument that’s embedded in the history and architecture of the city. It’s here, amid the columns, pillars and porticos, where many scenes from the Game of Thrones were filmed. Daenerys used the location to train her dragons, and it later became her seat of power after taking control of the slaver cities of Astapor, Yunkai, and Meereen.

Elsewhere around Split, other Game of Thrones filming locations in Croatia are easy to spot for keen-eyed fans – from the impressive Fortress of Klis, which is also closely linked to Daenerys and Meereen, to the historic town of Žrnovnica, backdrop to one of Season 4’s great battle sequences where the slaves of the Great Masters abandon their former rulers in favour of Daenerys. 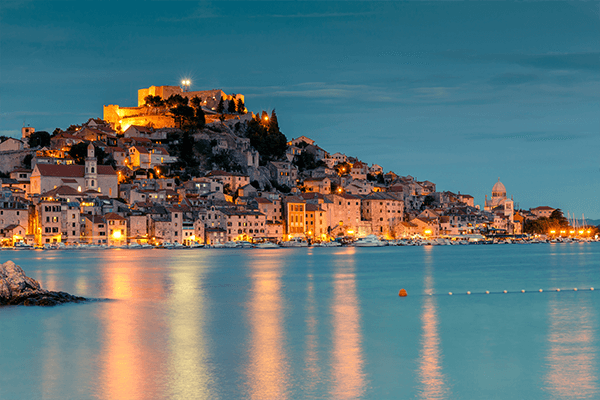 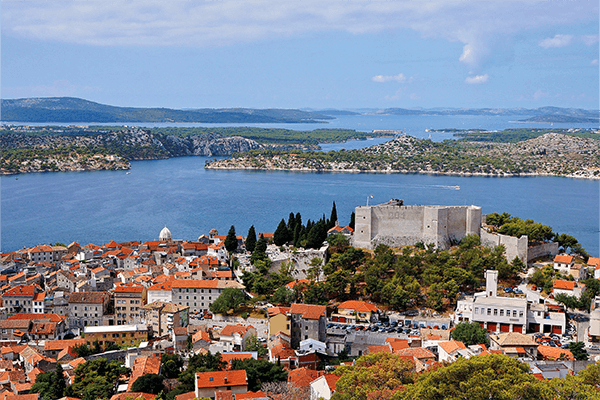 The wonderful city of Šibenik is a delightful stopping-off point in northern Dalmatia – though it is easy to miss, being located within a natural harbour inland of the main Croatian coastline. Home to a handful of heritage sites, as well as some of Dalmatia’s most highly-prized nature reserves, it’s a place steeped in history, from Gothic and Renaissance architecture inspired by the Venetians, to the imposing stone fortress of St Nicholas.

Šibenik’s location in a natural harbour at the mouth of the Krka River has made it an important trading destination since ancient times and has contributed the city’s present-day architectural splendour. This unique location is also one of the reasons why ‘GoT’s’ producers chose it as a filming location.

Many of the scenes depicting Arya Stark’s travels through Braavos were shot in Šibenik, including her arrival in the Free Cities and her first interactions with the Faceless Men. And it wasn’t just Šibenik’s location that made it the perfect fit for Braavos; historically, the people of Šibenik were revered for being skilled swordsmen and sailors, much like the Braavosi people featured in the show.

House of the Dragon filming locations 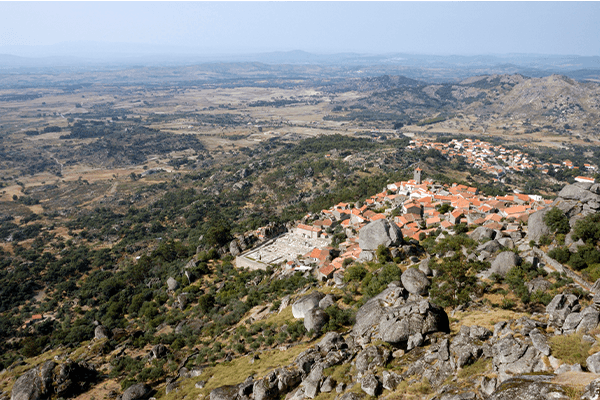 The Targaryen family prequel has certainly captured the attention of the viewing public, with England, Spain, and Portugal being central House of the Dragon filming locations. Leavesden Studios in London, as well as areas around Cornwall, Hampshire, and Derbyshire were the key locales in England.

Making a return from Game of Thrones Season 7, the cities of Cáceres and Trujillo were used to film key spots in Spain, with the hilltop village of Monsanto being the main Portuguese filming location.
We’re looking forward to seeing even more beautiful backdrops as the House of the Dragon extends beyond Season 1.

Game of Thrones is one of the biggest draws for Croatian tourism, but whether you’re a fan of the show or not, the country has endless beauty spots to explore and enjoy.
Our range of Croatian yacht cruise itineraries will take you on a journey across some of the most stunning locations along the Adriatic Sea.