Cultural Highlights of the Mekong River

The Mekong River starts its life on the Tibetan Plateau, charmingly referred to as ‘the Roof of the World’ due to its vast elevation above sea level. From here, the river slowly winds through China, Myanmar, Laos, Thailand, Cambodia and Vietnam – exploring a vast selection of cultures, and passing awe-inspiring beauty spots.

With one of the richest regions for biodiversity in the world (only the Amazon can boast a larger number of living creatures and exotic plants per square mile), there’s something new to enjoy every day on a Mekong River cruise. An amazing 430 mammals, 1,200 birds, 800 reptiles and amphibians, and an estimated 850 freshwater fish species are known to dwell in the Mekong basin – providing river cruise guests with a captivating slice of nature.

But it’s not all beautiful landscapes and exotic animal life along the banks of the Mekong River. Incredible cities and sites of wonder become visible on the horizon as you cruise along the river, paying homage to this amazing waterway.

For thousands of years, the Mekong River has been one of the most important routes for trade and travel in western China and Southeast Asia. Important settlements and cities emerge on the banks o the river seemingly at random – making the Mekong an ideal passage into the cultural and historical heart of the region. 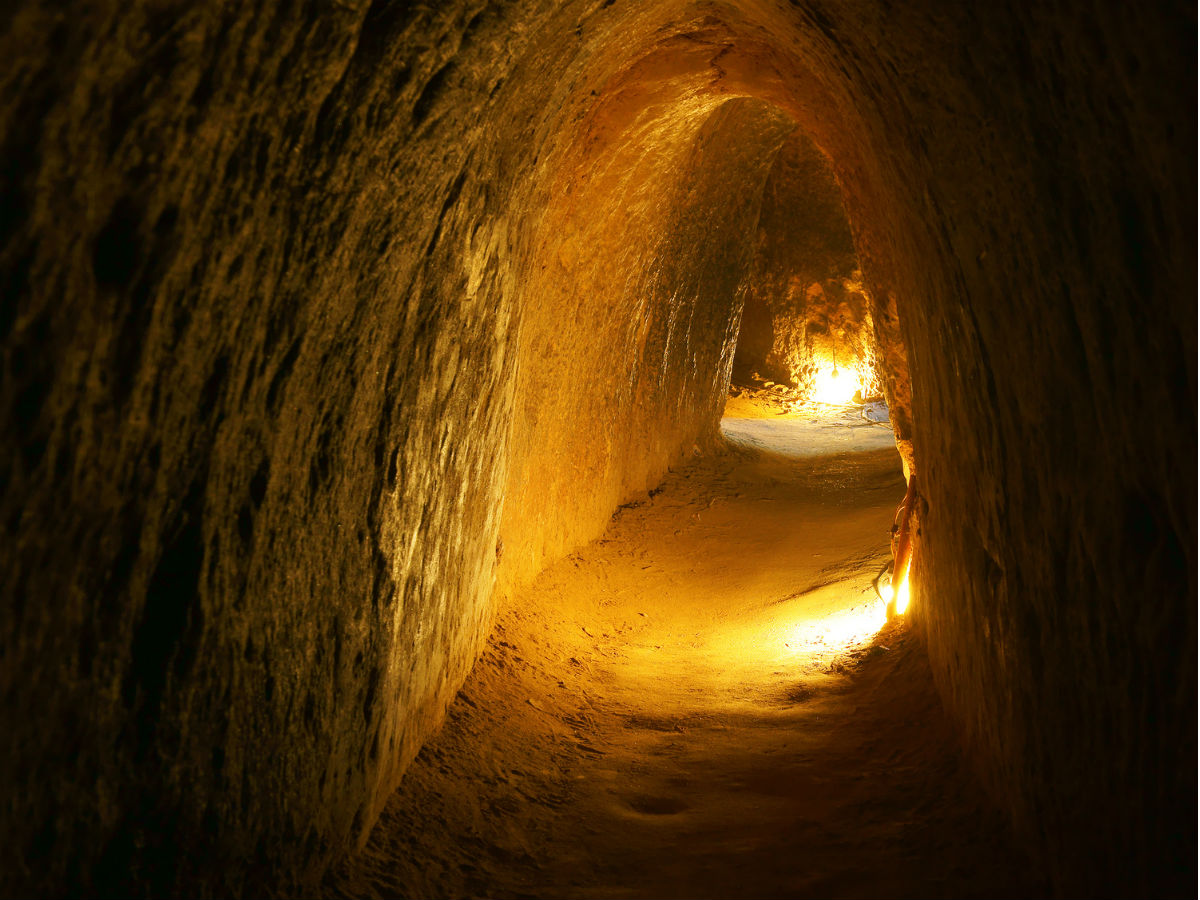 A striking step back in time, the Củ Chi tunnels played a major role in the Vietnam War, serving as a base for the Viet Cong. An immense network of tunnels criss-cross underneath Ho Chi Minh City, wherein Viet Cong soldiers would hide in wait to ambush US troops. The tunnels were also used as an impromptu and secretive trade route – with medical supplies, food and weapons being transferred below the Earth’s surface.

An amazing 75-mile stretch of the tunnels has been carefully preserved for visitors to experience the life of the Viet Cong. Witnessing the cramped conditions faced by the Viet Cong is a truly humbling experience – but the tunnels remain proudly in-tact, a demonstration of the relatively modest nation’s success at repelling the US Army.

A trip to the Củ Chi tunnels gives visitors the chance to crawl through the safer parts of the network if they so desire. Alternatively, visitors also have a chance to fire authentic Vietnam War-era weapons or eat a traditional Viet Cong meal in the command centre. 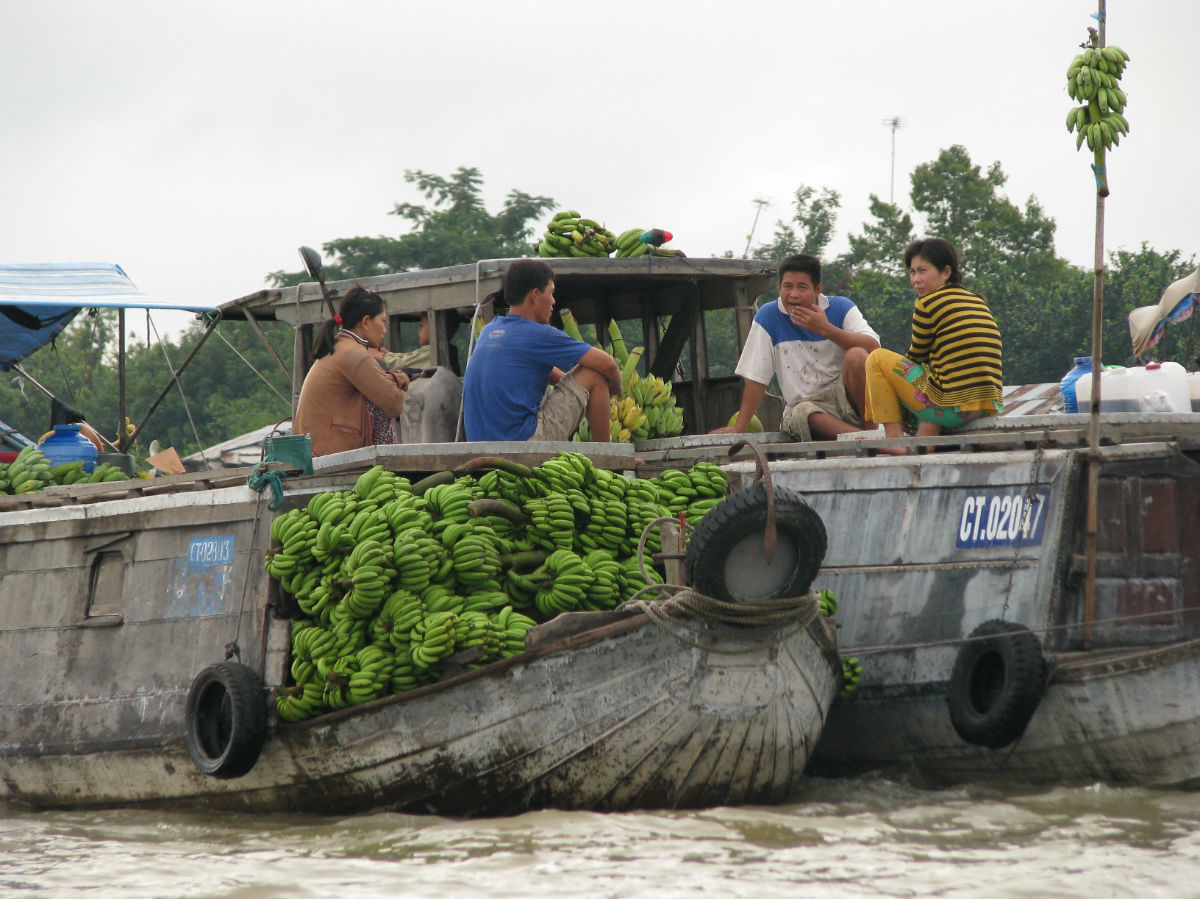 An insight into traditional Vietnamese life, the Cái Bè floating market is a vibrant hub of activity every day of the week. Farmers from all around the local region descend upon the market on their small boats stocked with fruits, vegetables and more – selling them on to locals, restauranteurs and gleeful tourists.

Watch as the local marketeers skilfully distribute their wares by hoisting them up on bamboo poles, which are also used for steering. And enjoy the spectacle as locals jump from boat to boat in search of the very best deals.

If you’re not in the mood to barter for raw ingredients, the markets are also home to a selection of floating restaurants and bars – home to authentic local cuisine and a refreshing tipple or two. This is sure to be unlike any covered market you’ve travelled to before. 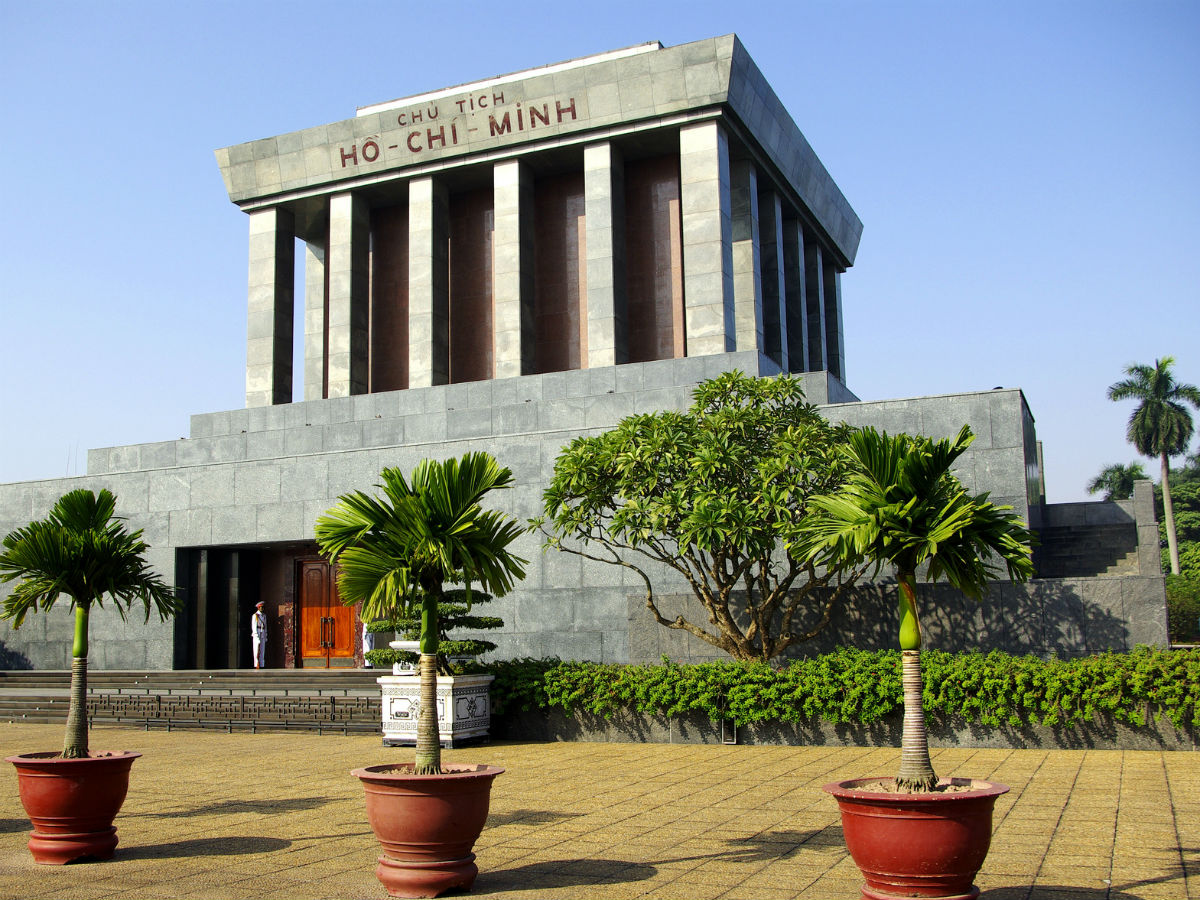 The impressive Ho Chi Minh Mausoleum is one of Vietnam’s most prominent sites of significance. The memorial to the former Vietnam leader the chairman of the Communist Party of Vietnam, Ho Chi Minh, is on the site where the nation was established in 1945.

The mausoleum was inspired by Lenin’s Mausoleum in Moscow and was inaugurated in August 1975 – six years after Ho Chi Minh’s death. The former leader’s spirit still lives on throughout the vibrant capital, Ho Chi Minh City, with locals regularly paying homage and their respects to the influential man. 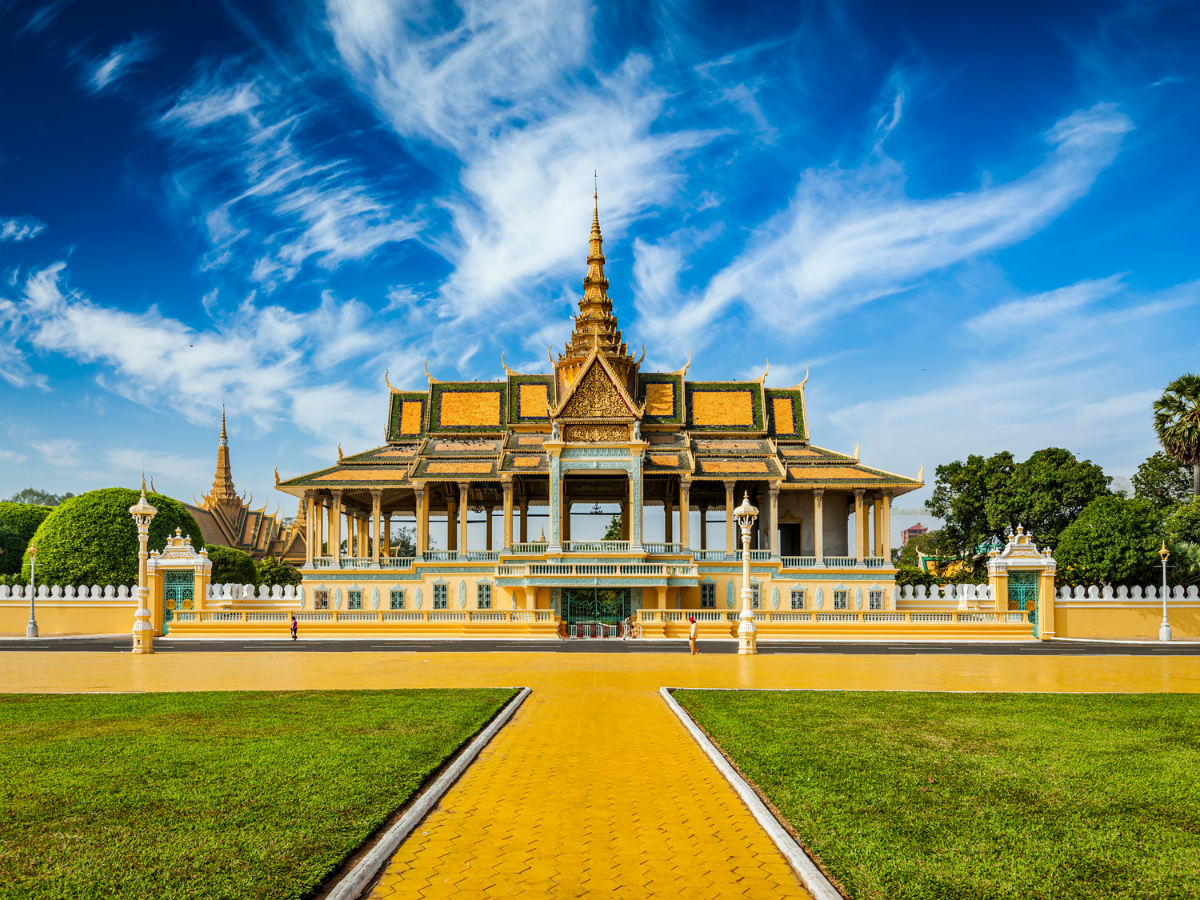 The residence of the king of Cambodia, the Phnom Penh Royal Palace is a stunning complex of palatial buildings and has been the seat of the nation’s rulers since the 1860s (when Phnom Penh became the capital city).

The royal palace is one of the world’s leading examples of Khmer architecture, with charming French flourishes throughout. At the very heart of the palace is the Throne Hall, a majestically-finished ceremonial space which still hosts royal and religious events. Three royal thrones and golden busts of Cambodian kings and queens provide the centrepieces of the Throne Hall.

Wonderfully-named and charmingly-presented; the Moonlight Pavilion is one of the most popular parts of the royal palace. Traditionally serving as a stage for Khmer classical dance performances, the open-air pavilion still hosts enchanting dances and events to this day.

When planning your visit to the Phnom Penh Royal Palace, we recommend heading over in the morning. The building faces east, and is at its most beautiful in the early hours of the day – a sight not to be missed. 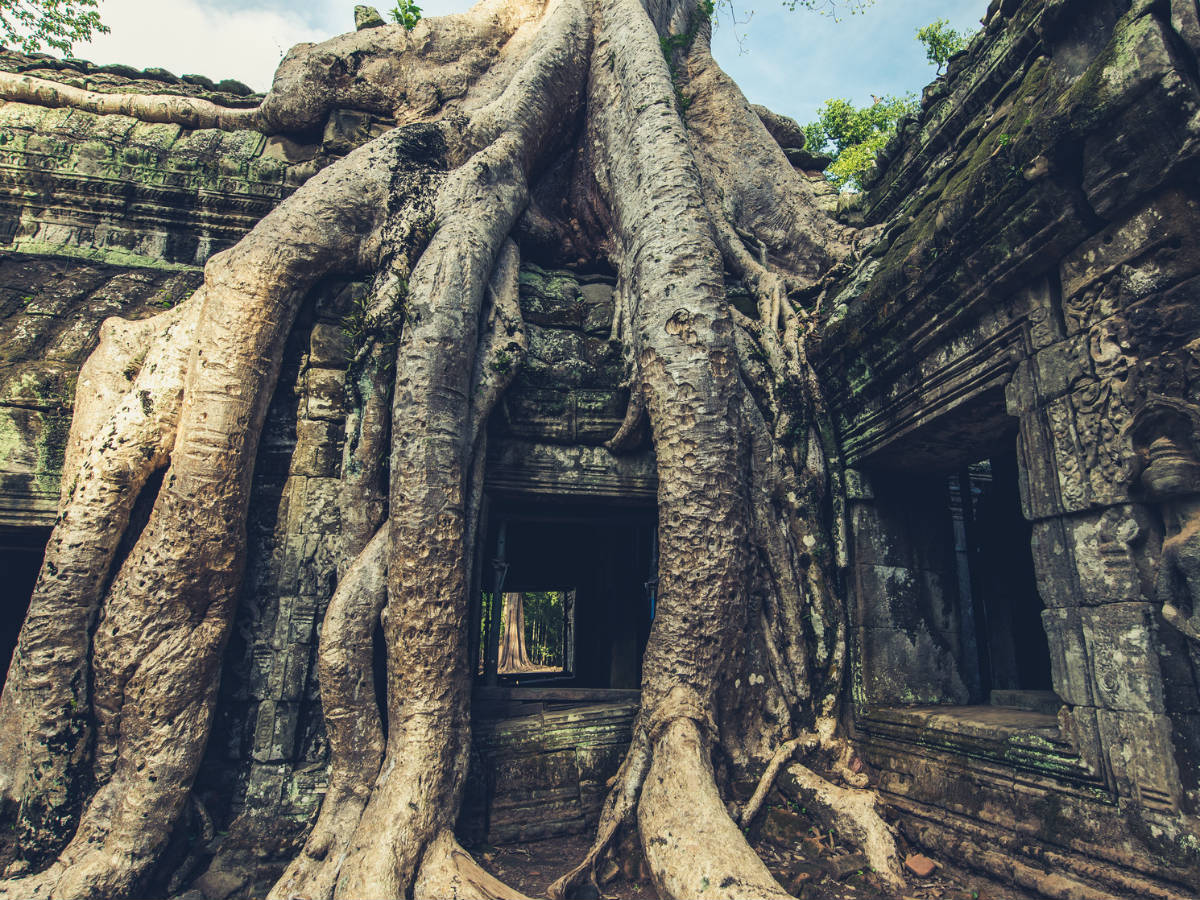 A large temple complex in Cambodia, Angkor Wat is the largest religious monument in the world. The temples exhibit both Hindu and Buddhist imagery within the classical Khmer architecture – creating a truly unique spectacle.

A recognised UNESCO World Heritage Site, Angkor Wat is popular with locals and visitors alike – most notable for its outstanding beauty and historical significance. A series of towers shaped like lotus buds, half-galleries and terraces create a fluidly consistent design which has been described as possessing a ‘classic perfection’.

Legend has it that Angkor Wat was built in a single night by a divine architect – and this mystique still surrounds the 12th-century structure. With its unique and absorbing atmosphere, Angkor Wat is an absolute must-visit for those enjoying a few nights cruising down the delightful Mekong River.

If you’ve been inspired to explore the beautiful cultural highlights of the Mekong River, Emerald Cruises hosts a selection of itineraries atop this wonderful waterway. For the full range, visit our Mekong River Cruise page or call our dedicated team on 855 444 0161.