An Introduction to Hungarian Folklore and Mythology

Fearsome warriors and mythical beasts - immerse in Hungarian folklore, and learn the secrets of this storied nation.

Every ancient European culture, be it Greek, Italian, Norse or Celtic, has its myths, legends and folk tales. But perhaps one of the least prominent is Hungarian mythology, whose origins and tall tales have, sadly, been shrouded by centuries of invasion and political upheaval.

Save for the exploits of Atilla the Hun, few people know of the depth and scale of Hungarian mythology. But peel back the surface, seek out the stories, and talk to the locals, and you’ll discover some of history’s most colourful characters and arresting stories.

Here, we hope to share some of these enchanting tall tales, as we bring you an introduction to Hungarian folklore and mythology – from its early origins to its classic myths and legends.

The Origins of Hungarian Myth Hungary has a rich, deep history, as undulating and enduring as that of the Ancient Greeks and the Bronze Age Celts.

The country was founded by the Huns and the Magyars, tribal factions from the east, long before the seeds of Western Christianity were first sown – and it’s from this period which Hungary’s colourful and fascinating myths and folklore originate.

The Huns and Magyars prospered throughout the Carpathian Basin, a sweeping plateau which stretches along the great River Danube.

For centuries, Hungary’s tribes faced off against Romans from the south and Germanic tribes from the north, establishing an advanced culture whose myths and folkloric traditions were inspired by the nation’s great heroes – from the Seven Chieftains of the Magyars to the eponymous Atilla the Hun.

With the emergence of Western Christianity, however, all this changed. The Conquests of the 11th and 12th centuries saw an eroding of Hungary’s mythological beliefs, as the country was subjected to the near-constant threat of invasion and conquest by its closest rivals.

And so, many aspects of Hungarian folklore were confined to the history books, with the mythological Hun and Magyar belief system being dampened by Hungary’s occupation by Soviet forces in the 20th century.

Since the liberation of Hungary from the Soviet Union, a renewed interest in the country’s early mythology has led to a wealth of new research projects, with the hope that archaeological discoveries could shine a light on Hun and Magyar beliefs.

Now, many folk stories permeate Hungarian culture, and these have had a huge influence on traditional music, costume, dance and theatre.

Hundreds of myths exist from the Huns and Magyar period of Hungarian history. Not only are such folk stories of great importance to Hungarian culture, they reveal much about the lives and beliefs of early Hungarian settlers – making them an indelible part of local life in Hungary.

Here, we take a look at three of the greatest folk stories from Hungarian mythology. 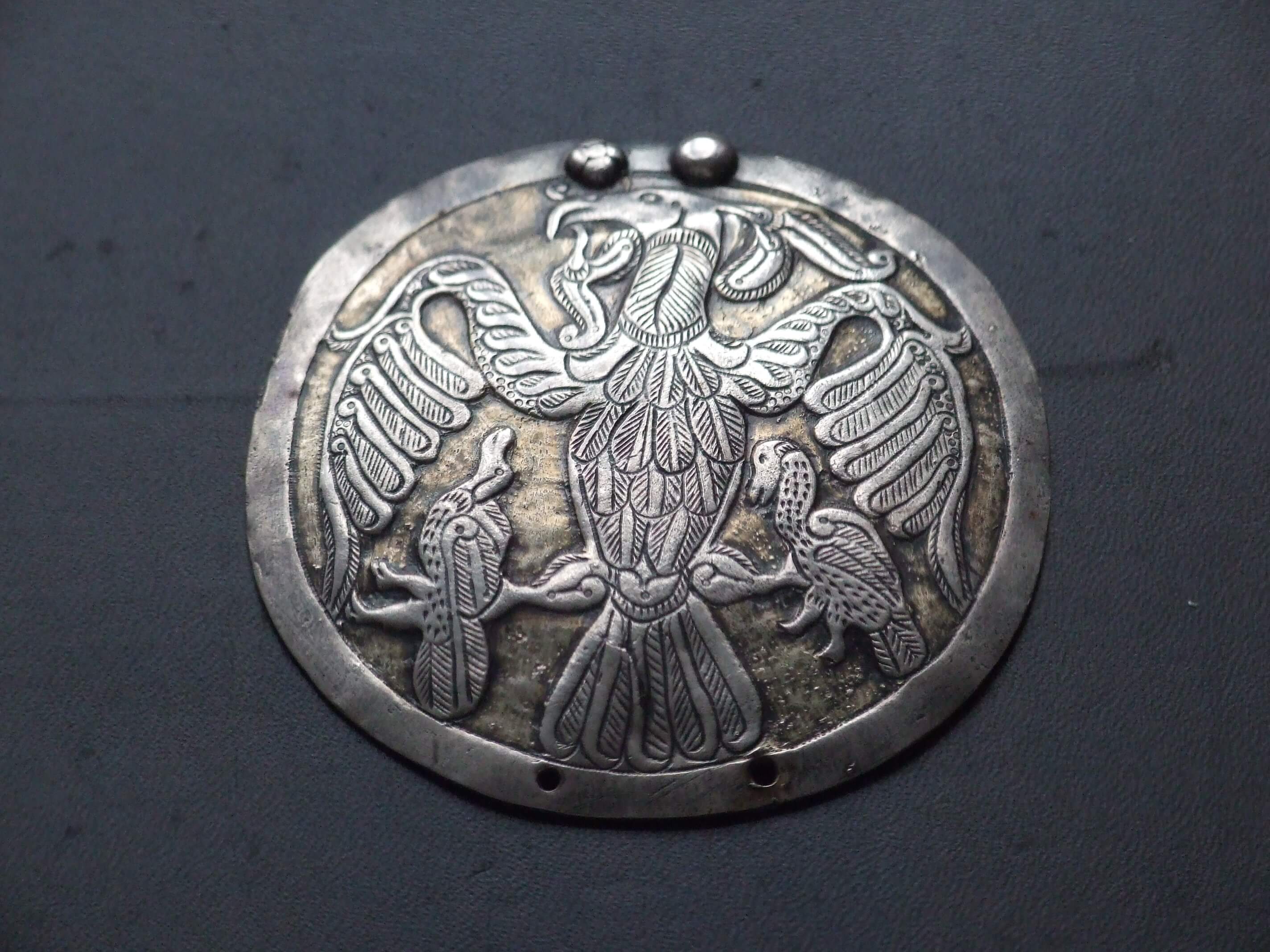 The mythological Turul bird is the national symbol of Hungary, but many people, particularly visitors, aren’t aware of its origins. The legend begins with Emese, wife of Ügyek, a direct descendant of Atilla the Hun, who dreamt that a great Turul bird appeared before her in a dream.

In the dream, Emese is reputed to have seen a great river flowing out of herself, which scholars agree likely represents the Danube. In mythology, Emese’s dream was a prophecy, foretelling that she would give birth to a line of powerful rulers. And so she did, to the great Álmos, who would in turn father a son, Árpád, the ancient leader of the Magyars, who is recognised as the founder of Hungary.

Today, the Turul is considered the most important symbol of Hungary, and a representation of their mythological God’s power and strength. In Budapest, there’s a bronze statue depicting the bird, which is located on the east side of the Habsburg Steps, close to Buda Palace.

Like all great and ancient mythologies, the very conception of Hungary as a nation has its own unique folklore tale, and it’s perhaps one of the country’s most famous. The story goes that Hunor and Magor, sons of the legendary ruler of ancient Mesopotamia, Nimrud, were hunting when they saw a great white stag. Pursuing it, the stag eluded them for days, leading them further and further into western reaches of Carpathia.

Eventually, the stag led the pair to the vast plateau of Scythia, the ancient name for modern-day Hungary. Recognising these lands as fertile and rich in life, the two sons of Nimrud declared the stag a symbol from God, and promptly resettled tribes on this new and wondrous land.

In time, the descendants of Hunor and Magor would form their own distinct tribal factions, the Huns and the Magyars. Despite this, they would remain close allies, with the story of ‘The Wonder Stag’ helping to seal their bond through the centuries.

The Road of the Warriors 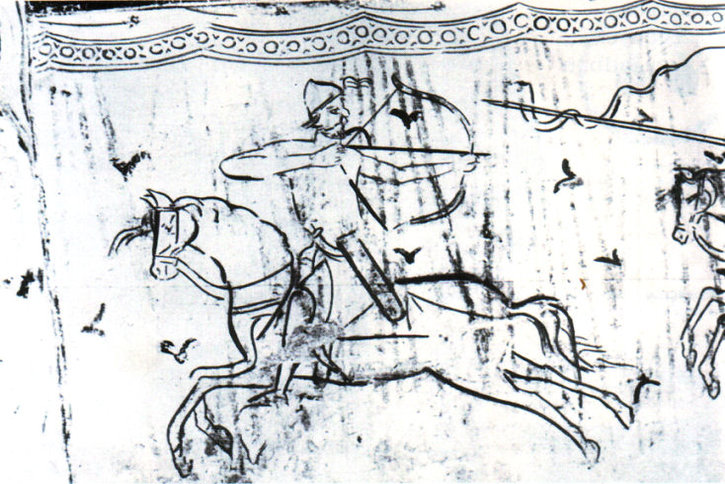 Atilla the Hun is the greatest of all ancient Hungarians, a feared ruler and one of the founding fathers of the Hungarian nation. Upon his death, Hungary was exposed to the Germanic tribes of the north, who pillaged the kingdom and made maintaining its borders incredibly difficult.

In response, Atilla’s son, Csaba, promised to return to the East and bring back reinforcements with which to ward off the Hun’s enemies. This he did, helping his people defend their lands against the combined forces of Rome and Germania, until he too joined his father in the heavens.

The death of Csaba was a key turning point in Hungarian history, and one that inspired its own mythological retelling. It’s said that Csaba continues to defend and safeguard Hungary to this day, with an army of invincible Hun warriors who travel the starry path of the Milky Way. They call this ‘Hadak Utja’, ‘The Road of the Warriors’, a phrase which has come to capture the strength and resilience of the Hungarian people.

Travelling through the wild, untouched lands of Hungary on the Danube River, it’s easy to imagine an ancient world of feuding tribes, mythical beasts and wondrous deities. Many aspects of Hungarian culture and heritage continue to find inspiration in these evocative myths and legends, and it’s possible to explore and experience their lasting legacy during your time travelling through Hungary on a Danube river cruise.

We begin in Budapest, Hungary’s spectacular and fascinating capital. As well as classic sights like the Hungarian Parliament Building, Buda Castle and the Széchenyi Chain Bridge, you’ll find time to see the great statue of Turul, the mythological protector of Hungary and an embodiment of God, as well as the mighty statue of the Seven Chieftains of Magyar, which is found on the aptly-named Heroes’ Square. Elsewhere, on select Danube river cruises, you’ll venture to the Puszta, or Great Hungarian Plain, for a traditional performance showcasing the exceptional equestrian skills of the Magyar cowboys. Inspired by the founding fathers of Hungary, these skilled horsemen showcase their horse-riding talents, in an impressive display which echoes many of Hungary’s mythological folk tales.

What’s more, as part of a special EmeraldPLUS event, you’ll enjoy an enchanting Hungarian folklore show on-board your Emerald Cruises Star-Ship – with local performers and musicians drawing on mythology and folk tradition to help you catch a glimpse of Hungary’s inspiring heritage.

If you’re intrigued by Hungary’s myths and legends, or simply want to visit the Queen of the Danube, Budapest, an Emerald Cruises river cruise is a flexible and rewarding way to experience this beautiful country. Click here for a full collection of Danube river cruise itineraries or call our team today on 855 444 0161.