From Ha Long Bay to the Temples of Angkor, Southeast Asia boasts heritage icons in abundance.

Some places linger in the memory longer than others, and Southeast Asia is one of them. From the jungles of northern Cambodia to Vietnam’s majestic east coast, this is a region of spectacular natural beauty and immersive history – a fact reflected in its iconic, unforgettable World Heritage Sites.

Travel the waters of the Mekong and beyond with Emerald Cruises, and you’ll encounter the prized heritage highlights which put Southeast Asia on the map. To inspire your journey in this majestic corner of the world, here we take a whistle-stop tour of its World Heritage Sites, beginning in Angkor and weaving our way to the wonder of Ha Long Bay.

Arguably one of the world’s most prestigious heritage sites, Angkor is a sweeping archaeological wonder, its ancient temples and forests stretching for over 150 square miles. The temple complex is located in the vibrant city of Siem Reap, Cambodia, in a region renowned for its links to the Khmer Empire, who ruled here from the 9th to the 15th century.

The remains of Angkor attest to the power and wealth of the Khmer rulers, with every temple, pagoda and town plan providing a fascinating insight into this ancient civilization. The ruins of entire cities remain to tell the story of this lost empire, making Angkor one of Southeast Asia’s most treasured heritage wonders.

Discover more about what you can expect at Angkor below.

The Emerald experience in Angkor

Spending time amid the temples and pagodas of Angkor is one of the highlights of a Mekong river cruise with Emerald Cruises. You’ll spend three nights in Siem Reap at the start or end of your journey, with guided tours helping you get to grips with Angkor’s illustrious heritage. What’s more, with EmeraldPLUS, your visit is complemented by a performance of the Phare Cambodian Circus – an evening of entertainment you’ll never forget.

Welcome to Hoi An, an ancient vestige on Vietnam’s eastern seaboard. Located at the mouth of Thu Bon River, Hoi An has played a pivotal role in the fortunes of Vietnam for centuries – and this is reflected in its old city district.

While modern Hoi An is a vibrant and diverse metropolis, a portion of its ancient city remains. Located close to the river in an area entrenched in trade and maritime heritage, it comprises an area of no more than 30 hectares – but it’s the depth of history and tradition to be found here which make it so compelling.

Hoi An Ancient Town dates from a period from the 15th to the 19th centuries, when it was a central trading port for Vietnam and the wider Southeast Asia region. In the 19th century, the area went into decline, with development taking place further from the river. It was, however, wonderfully preserved, and today offers a fascinating glimpse into ancient Vietnamese life.

Learn more about Hoi An below.

Experience Hoi An with Emerald Cruises

On select Mekong river and Southeast Asia itineraries, you have the opportunity to spend three nights in Hoi An, including a guided tour of the city and free time to explore at your leisure. Marvel at the wonders of Hoi An Ancient Town and enjoy a memorable local cultural event with EmeraldPLUS, as you visit the Reaching Out Project – a local charity doing great things for the Hoi An community.

Topping travel wish lists the world over, Ha Long Bay may well be the most iconic natural heritage site on Earth. From its emerald waters and dramatic limestone karsts, to the charming, nostalgic junk boats which have come to characterise the region – Ha Long Bay is a World Heritage Site you won’t want to miss on your visit to Southeast Asia.

Ha Long Bay is as breath-taking as the travel guides would lead you to believe. The region, which forms part of the wider Gulf of Tonkin, is made up of 1,600 islands and islets, and is characterised by its imposing limestone pillars, which rise near vertically from the depths.

But it isn’t just beauty that makes Ha Long so special. The entire region is revered for its biological diversity, with rare wildlife to be found on land and sea. It’s also a place rich in culture and heritage, with several historic fishing communities protected as part of UNESCO’s World Heritage Site inscription. 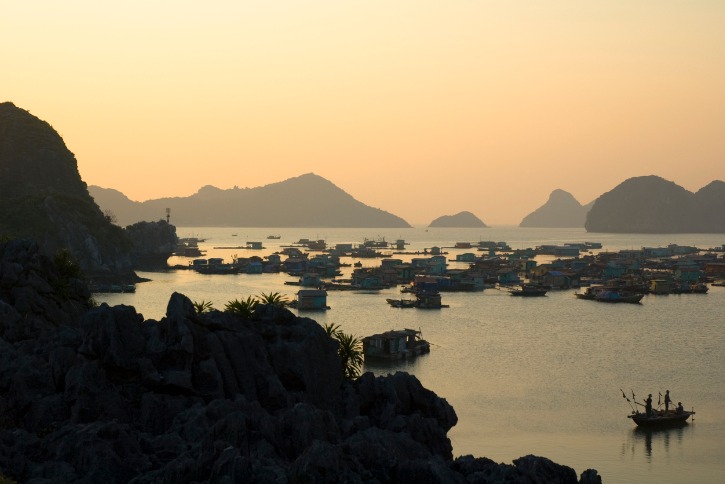 One of the defining images visitors leave Ha Long with is the region’s floating villages – whole communities, perched precariously on makeshift rafts cast out on the water. This unique way of living may look strange and unsafe, but locals have been living this way for centuries. Whole towns exist on the water’s surface, with bridges connecting houses, stores and even bars and eateries. An essential on any visit to the bay. 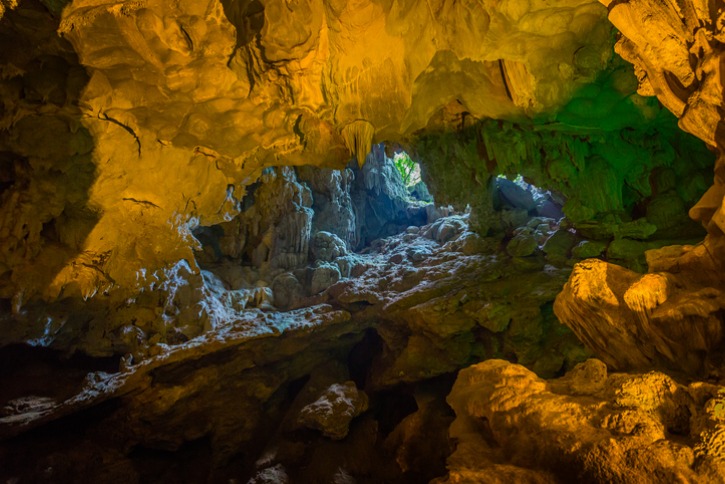 A handful of our Southeast Asia river cruise and touring itineraries feature an unforgettable experience in Ha Long Bay, where you will spend two nights on-board a traditional junk boat, cruising these fabled waters. Look forward to getting to grips with the beauty and culture of this magnificent region, exploring its iconic sights and lesser-known swim spots. DiscoverMORE also gives you the chance to take an exhilarating scenic flight over the bay, for a different perspective of its natural beauty.

A handful of our Southeast Asia river cruise and touring itineraries feature an unforgettable experience in Ha Long Bay, where you will spend two nights on-board a traditional junk boat, cruising these fabled waters. Look forward to getting to grips with the beauty and culture of this magnificent region, exploring its iconic sights and lesser-known swim spots. DiscoverMORE also gives you the chance to take an exhilarating scenic flight over the bay, for a different perspective of its natural beauty.
Unforgettable heritage, colorful cuisine and welcoming people make Southeast Asia one of the world’s great travel destinations. Ready to experience it yourself? Find out more about our range of Mekong river cruises or call our team today at 855-222-3214

Save $1,018 per couple with our Super Early Bird fare.

Save $3,018 per couple with our Super Early Bird fare.

Save $3,418 per couple with our Super Early Bird fare.