12 Photographs That Will Make You Want to Explore the Danube

From historic European capitals like Budapest and Vienna to the natural wonder of the Wachau wine region; the river Danube flows through some of Europe’s most unforgettable towns and cities, as well as its most alluring scenic landscapes — making it one of the most beloved of all European river routes.

For those currently trying to decide on which river to spend their next Emerald Cruises river cruise; this collection of stunning images taken along the length of this great river ought to make your decision a little easier. The Wachau Valley is one of Austria’s most prestigious wine regions, producing many of the country’s most notable varieties including Riesling and Grüner Veltliner. The region, which is also renowned for its spectacular natural beauty, stretches along the banks of the Danube between the villages of Melk and Krems, to the west of the Austrian capital, Vienna. Expect dramatic scenery and charming terraced hills as your Emerald Star-Ship flows through this incredible region. 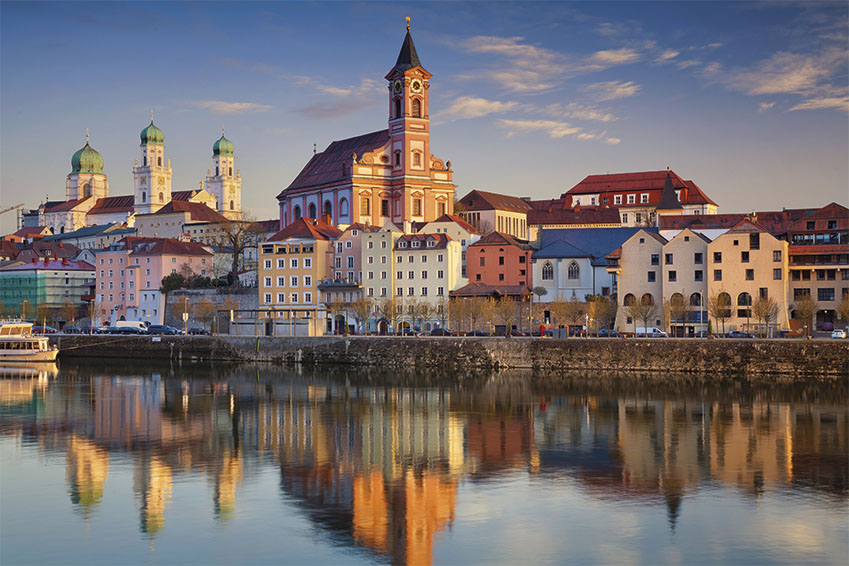 With its hill-top fortress and plentiful bridges, Passau is among the most picturesque of Bavaria’s stately cities — offering a captivating blend of Italian Baroque and Gothic architecture. Given it lies directly on the confluence of the Danube, Inn and Ilz rivers, the city is often referred to as the Dreiflüssestadt or ‘city of three rivers’, and is renowned for its ancient heritage buildings, including St Stephen’s Cathedral.

With its medieval charm and character, Nuremberg is one of the most popular river ports on the banks of the Danube — its cobbled streets exuding Germanic splendour and nostalgia. The second-largest city in Bavaria, Nuremberg boasts a collection of ancient heritage sites, including its old fortifications, the Imperial Castle and a roster of exquisite timber-framed houses and shop fronts. Nestled deep within the hills of the Czech Republic’s extraordinary South Bohemian Region, the small city of Český Krumlov is second only to Prague as the most beautiful city of the Vltava River. Much of the city’s historic centre is designated a World Heritage Site on account of its beautiful architecture, which includes the exquisite Český Krumlov Castle, dating back to 1240. The city is also renowned for the Castle Theatre, built in 1680 by Prince Johann Christian I, and thought to be one of the earliest theatres outside of Italy to host Baroque opera. Though not strictly on the Danube, Emerald Cruises guests can choose to visit Český Krumlov as part of an exciting excursion from the Danube. 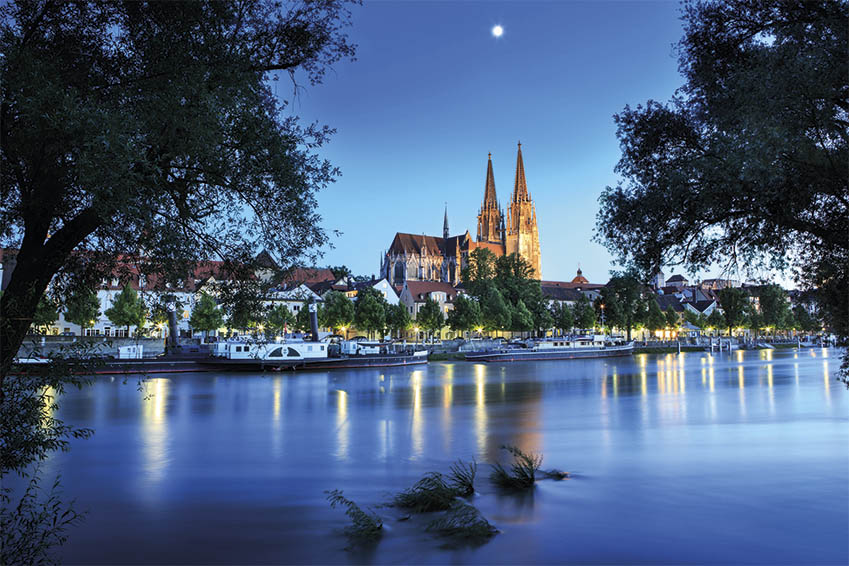 Another Bavarian city which radiates trademark German culture and architecture is Regensburg, situated on the confluence of the Danube, Regen and Naab rivers. The city boasts over 1,500 listed buildings, with much of its historic centre protected by UNESCO for the quality and significance of its architecture. Must-see sights include the Dom (cathedral), which is one of the best examples of Gothic architecture in Germany, as well as the stone bridge, which was first built in 1135 and is thought to have been used by the knights of the second crusade as they made their way to the Holy Land. The Hungarian Parliament Building is one of the most spectacular buildings on the banks of the Danube, and the crowning jewel of Budapest’s historic city centre. The building itself is one of the oldest legislative buildings in Europe, and still plays host to the National Assembly of Hungary. It lies in Lajos Kossuth Square, directly on the waterfront, making it an unmissable sight as you journey through this wonderful capital city. 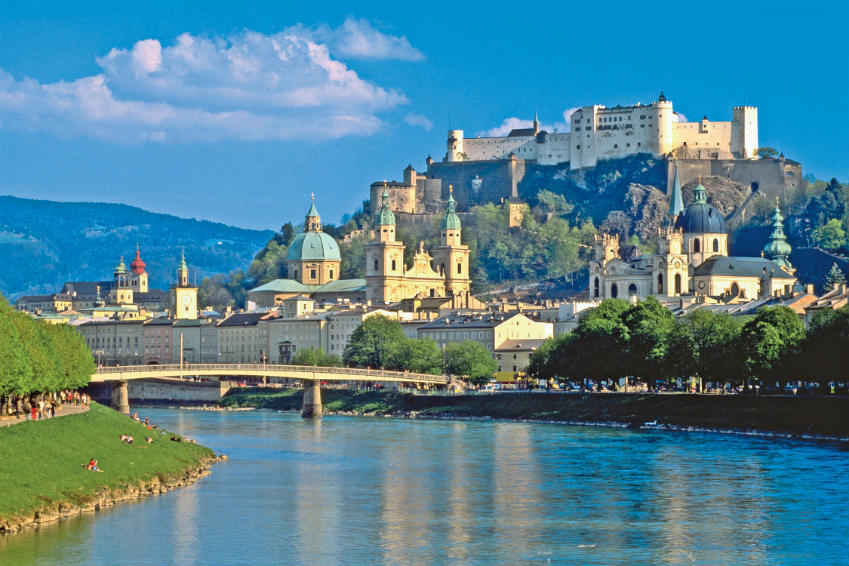 Birthplace of Wolfgang Amadeus Mozart and the setting for iconic 60s classic, The Sound of Music; Salzburg is an enchanting destination, and one of the most beautiful cities in the Austrian Alps. The city’s ‘Old Town’ district features some of the most internationally renowned Baroque architecture in Europe, and became a World Heritage Site in 1997. Aside from its beautiful buildings, Salzburg owes much of its charm and character to its alpine surroundings, which make a wonderful base for a scenic hike. 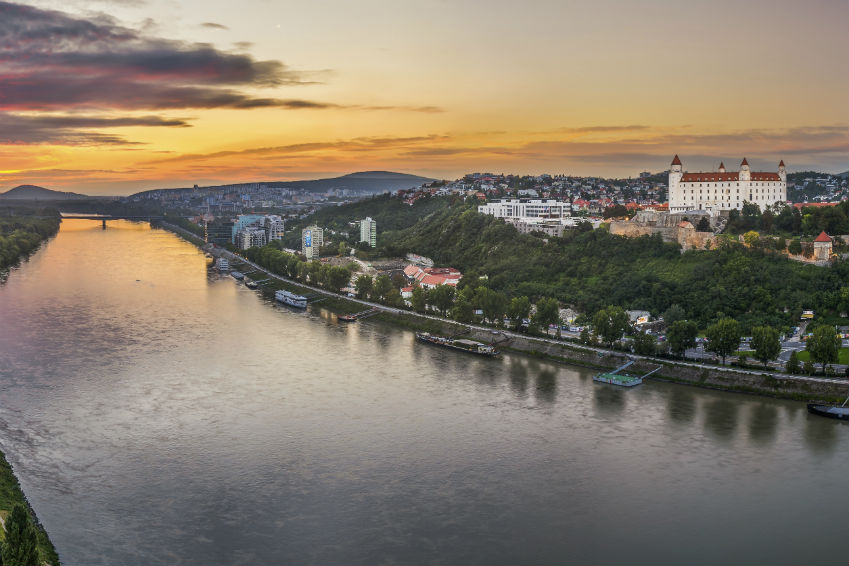 Welcome to Bratislava, the historic capital of Slovakia. Situated close to the border of Austria and Hungary, this charming old city is one of the lesser-known highlights of a Danube river cruise — offering charming architecture and one of Europe’s most flourishing café cultures. The image above shows the reconstructed Bratislava Castle, which towers above the city on a rocky crest of the Little Carpathian Mountains. The castle was rebuilt following the destruction of the original at the hands of Napoleon’s troops in 1811, and has since been fully restored. 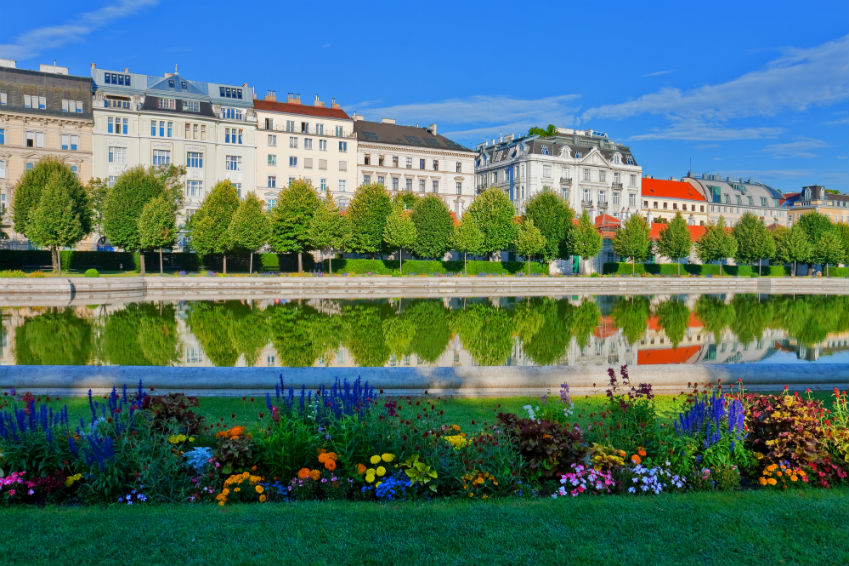 The Austrian capital of Vienna is one of the Danube’s true treasures, its elegant Baroque architecture and multitude of significant heritage sites providing a rich tapestry of cultural highlights. Take a drive along the Ringstrasse, and encounter world-famous sites like the Vienna Opera House, Burgtheater, Town Hall, St Stephen’s Cathedral, the Hofburg Imperial Palace and the Spanish Riding School. Or, take part in a tour of Schonbrunn Palace — easily one of Vienna’s most beautiful Baroque palaces. The Danube flows from north to south through the heart of Vienna, splitting its 23 districts onto the left and right banks. The earliest settlement was located on the south side of the Danube, and it’s here where you’ll find Vienna’s historic old city centre, with its numerous heritage attractions, including the Ringstrasse, Kunsthistorisches Museum and the Austrian National Library. 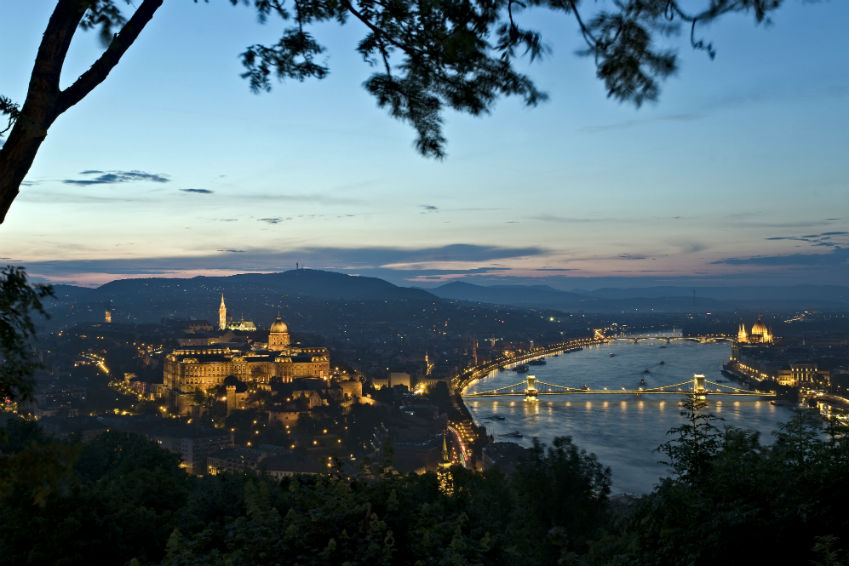 Once separated by the Danube, the neighbouring cities of Buda and Pest were unified in the 19th century, giving rise to one of Europe’s most beautiful capitals — Budapest. Named the second-best city in the world by Condé Nast Traveler in 2013, Budapest has a distinctive hilly landscape, with the old city of Buda rising into the Carpathian hills on the west bank of the Danube, and the wide boulevards of Pest stretching across the east bank of the river. 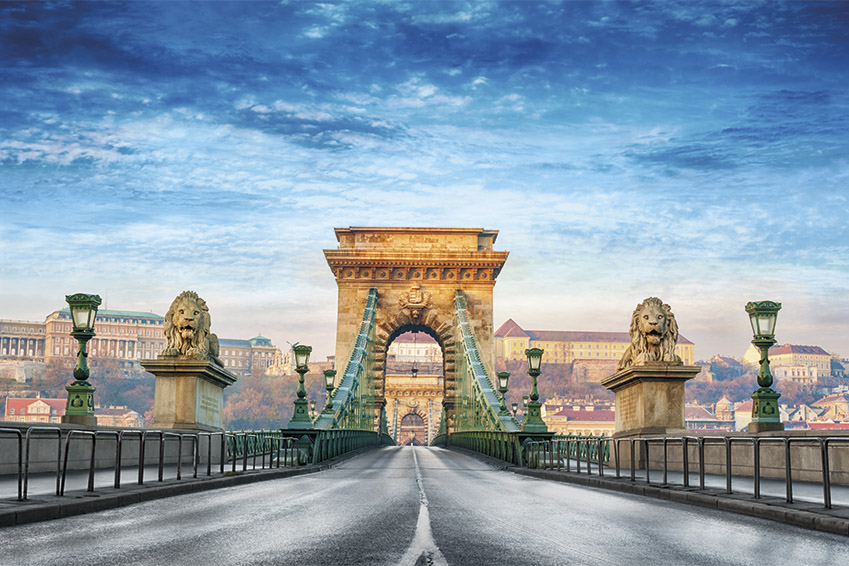 The Széchenyi Chain Bridge is the oldest of eight bridges which span the Danube in the heart of Budapest, and its construction occurred shortly after the unification of the two old cities of Buda and Pest in the early years of the 19th century. Designed by English engineer William Tierney Clark, this cast iron suspension bridge was once one of the largest in the world, measuring a distance of 202m. In 1945, the bridge was blown up by the retreating German army, with only the towers surviving the explosion. Thankfully, the bridge had been fully rebuilt by 1949, and now remains one of Budapest’s most distinctive landmarks.

Has this collection of photographs piqued your interest in a river cruise on the beautiful Danube? View our complete range of luxury river cruises on this majestic waterway for more information.