10 Photographs that Will Make You Want to Explore the Main

Flowing through the German states of Bavaria, Baden-Württemberg and Hesse, the Main River cuts a course through lands of inspiring natural beauty, connecting towns and cities steeped in Germanic heritage. The river is the longest to flow entirely within Germany’s borders, making it the ideal passage for those hoping to explore some of the country’s most historic and fascinating destinations.

Thanks to the building of the Rhine-Main-Danube canal, the Main has become an integral route connecting two of the continent’s most celebrated waterways. The Main proves just as immersive as its neighbouring rivers, with a wealth of fascinating towns, cities and beauty spots to explore and discover along its banks.

Here, we showcase some of the highlights of the Main in 10 wonderful photographs. With its half-timbered buildings and slow pace of life, the picturesque village of Miltenberg encapsulates the history, customs and traditions of medieval Bavaria, and is among the Main’s most archetypal German villages. Miltenberg’s historic Old Town lies on the left bank of the Main, and is famous for the Schnatterloch market square, where many of the village’s most captivating buildings have stood for over 700 years. Among these is the hotel Zum Reisen, which, having been built in 1411, is considered the oldest inn in Germany. 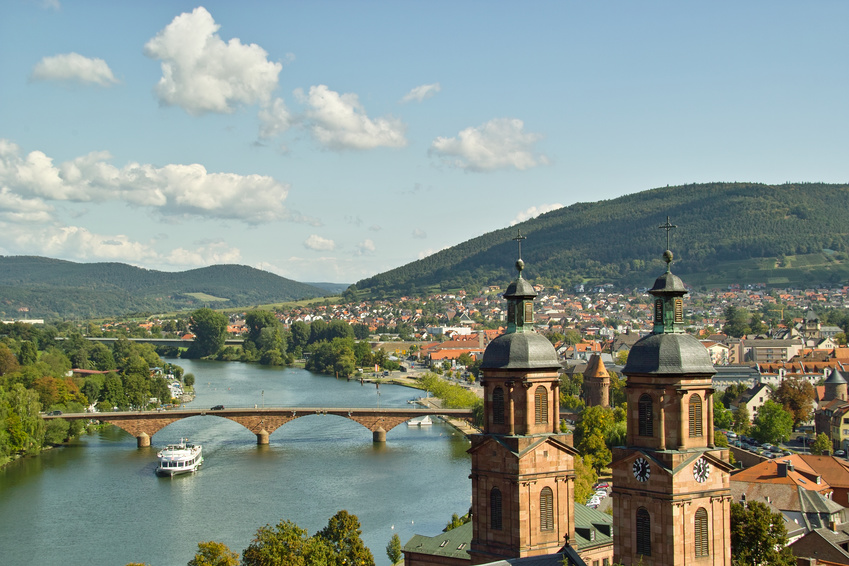 Though much of Miltenberg extends into the hills of Odenwald, the city’s historic Old Town lies on a flat plateau just 100 metres from the Main. This means that, historically, the Old Town of Miltenberg often sustained significant flood damage as a result of the Main bursting its banks — placing some of its most precious buildings and monuments at risk. Since the 21st century, a huge amount has been invested in flood defences along the left bank of the Main, helping to protect the village’s historic centre. 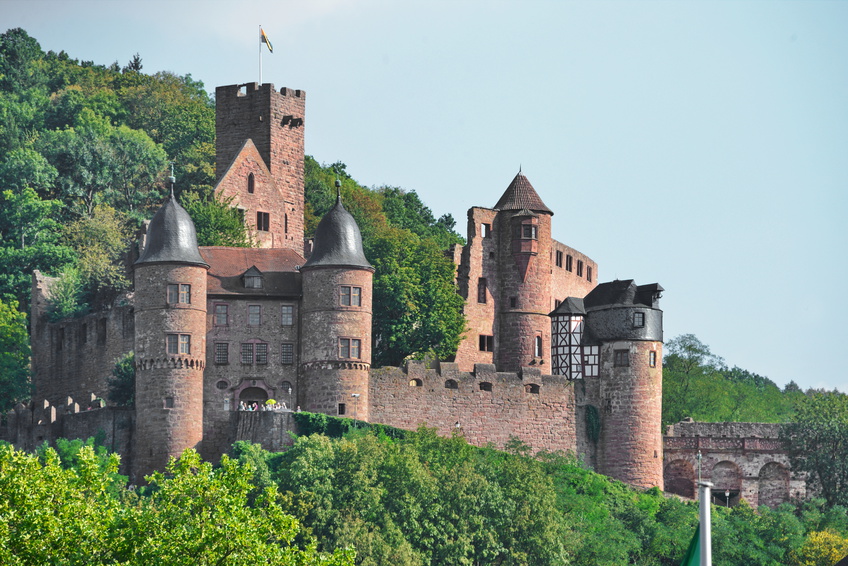 Close to the village of Miltenberg is the town of Wertheim am Main, whose castle is one of the many ancient monuments which dot the hills and valleys of the Main. As part of our Splendours of Europe river cruise itinerary, you can explore the castle and its adjoining grounds with a guided hike, which is available as part of our EmeraldACTIVE excursion programme. 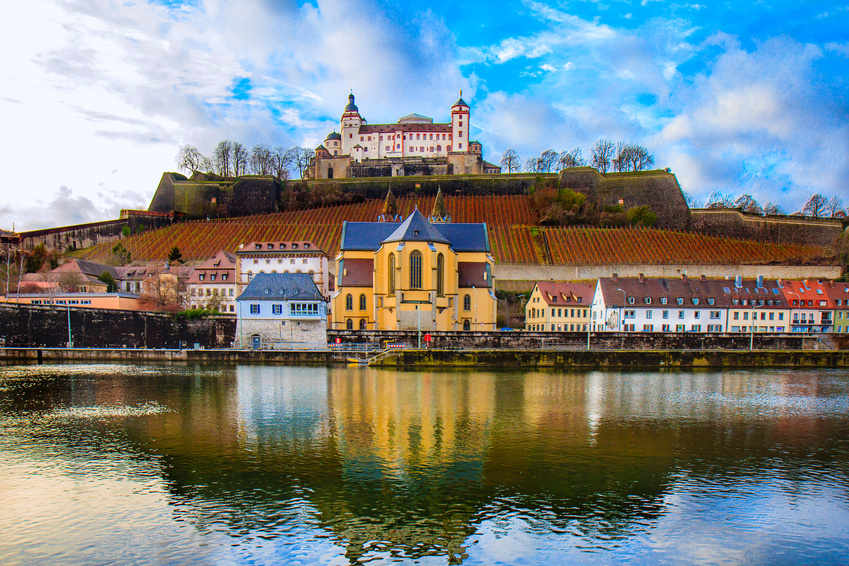 Thanks to its blend of rococo and baroque architecture, Würzburg is among the most enchanting, postcard-perfect cities in southern Germany. Since a settlement was founded here in the Bronze Age, the city has played a pivotal role in the fortification of Bavaria, a fact perfectly illustrated by the Marienberg Fortress (pictured), which overlooks the city and the nearby Main. Aside from its rich depth of history, Würzburg is also famous for its wineries, wine bars and cellars, celebrating its role as the capital of Franconian wine country. One of the most captivating heritage attractions in Würzburg is the 18th-century Residenz palace, whose neoclassical baroque/rococo design has come to typify the grandiose architecture of the city. After being heavily damaged during WWII, Residenz was granted World Heritage Site status in 1981, with its grand staircase, chapel and Imperial Hall being considered masterstrokes of neoclassical design. 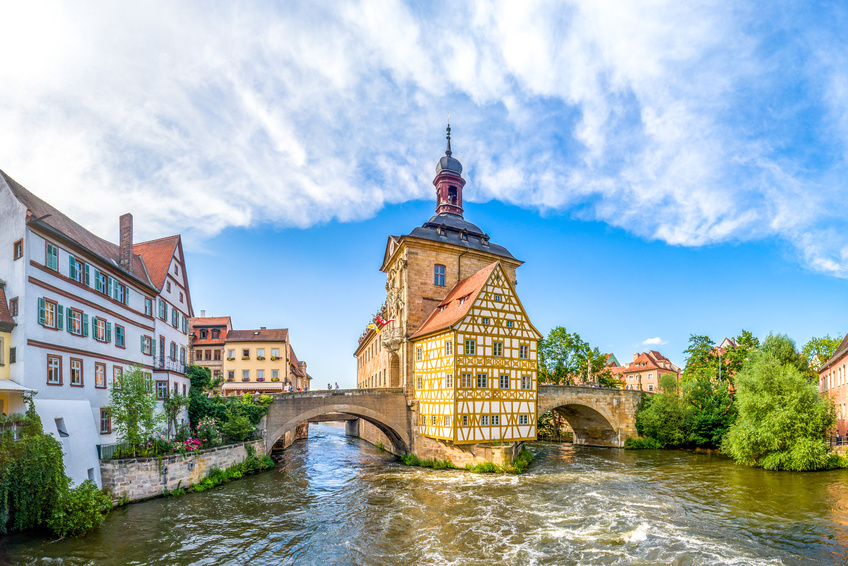 Stretching across seven hills amid the spectacular landscapes of northern Bavaria, the town of Bamberg is one of the most attractive found on the Main, with its medieval buildings grouped tightly at the river’s edge. The town lies at the confluence of the Main and Regnitz rivers, and this location has had a profound influence on the layout and plan of the old town. Bamberg boasts a number of buildings which date back to the 11th century, including the prestigious Altes Rathaus, whose delightful façade has become one of the most recognisable sights in the town. 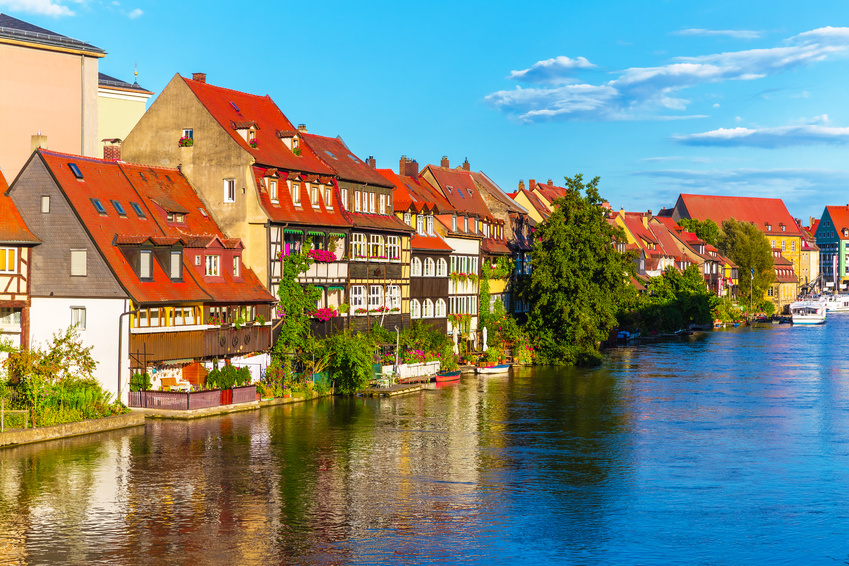 Thanks to the influence of the Main and Regnitz, Bamberg is split into distinct areas, and has been so since medieval times. The town has previously been compared to Rome on account of its seven hills, including Cathedral Hill, Michealsberg, Kaulberg/Obere Pfarre, Stefansberg, Jakobsberg, Altenburger Hill and Abstsberg. Bamberg’s Old Town quarter, which lies on the left bank of the Regnitz River, was collectively granted World Heritage Site status in 1993 thanks to its wonderful array of medieval buildings. 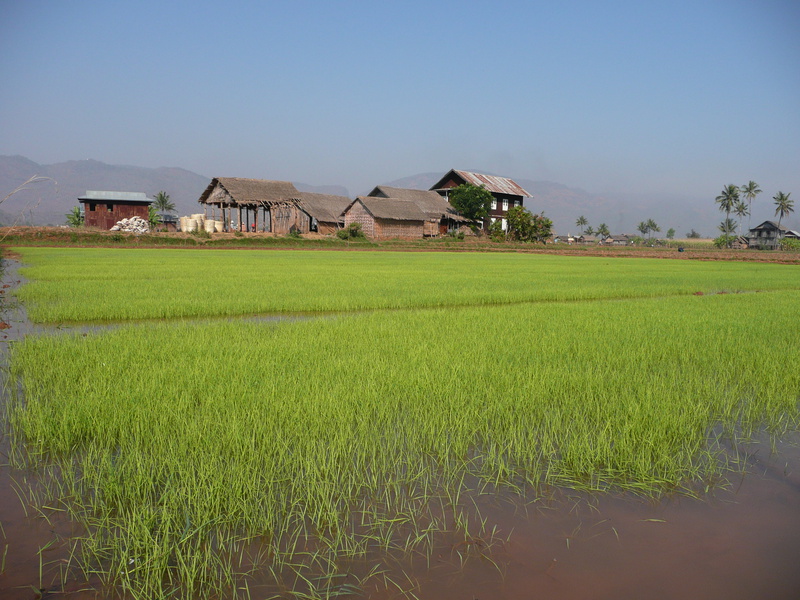 Occupying the tallest of Bamberg’s seven peaks, the Altenberg is an 11th-century castle which once served as the town’s defensive structure where residents could find shelter in times of danger. The stone structure which stands today was thought to have been built around 1109, though a palisade castle is thought to have existed here since much earlier. In 1801, wealthy Bamberg physician, Adalbert Friedrich Marcus, restored the castle from the ground up, returning it to its former glory for future generations to enjoy. 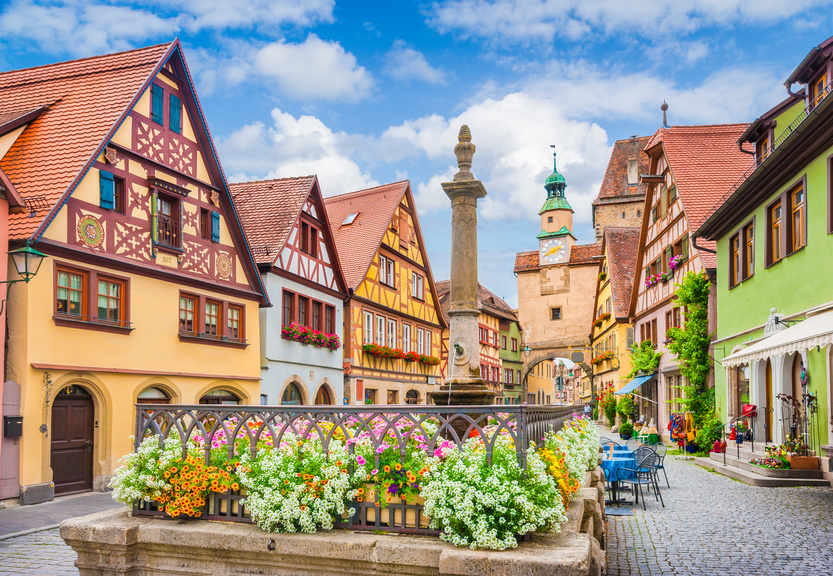 Rothenburg is arguably one of the most beautiful destinations on the popular ‘Romantic Road’ of southern Germany, with its well-preserved medieval old town boasting a collection of charming heritage buildings. During WWII, Major Thömmes, a German army commander, saved Rothenburg from destruction by surrendering the town to the allies, despite direct orders from Hitler to continue the fight. Though not located directly on the Main River, Rothenburg is easily reachable from the waterway, and a visit to the town can be enjoyed as part of our Christmas Time on the Rhine itinerary. 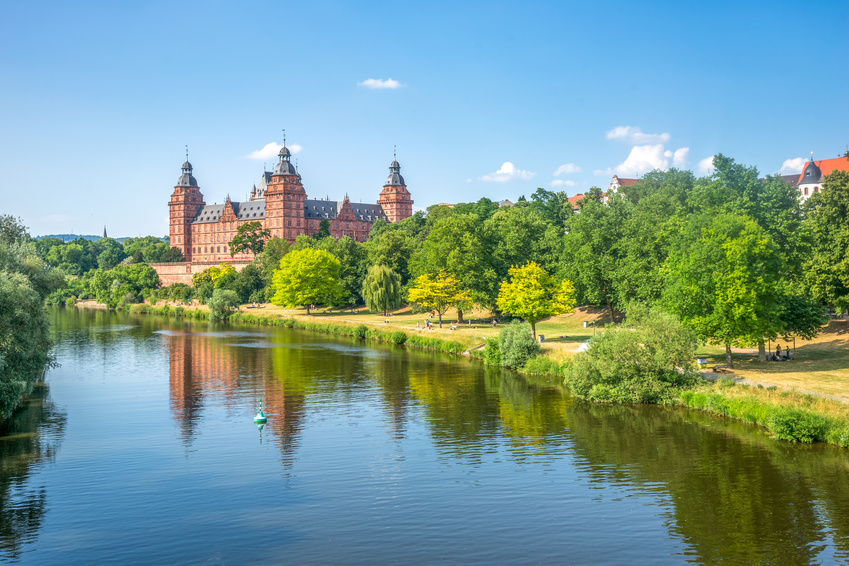 Like the Rhine, the banks of the Main boast a number of captivating historic sights, allowing you to glimpse the heritage of different regions as your ship cruises by. One of the standout wonders to look out for on the Main’s banks is the Schloss Johannisburg, a red sandstone palace located in the town of Aschaffenburg. Erected in 1603, this monumental palace was once the home of Johann Schweikhard von Kronberg, the Archbishop-Elector of Mainz. The palace suffered significant damage in the closing weeks of WWII, with subsequent rebuilding taking more than 20 years to complete.

At Emerald Cruises, we offer a number of exciting itineraries which incorporate a river cruise on the Main, allowing you to savour the beauty and history of the region. To find out more, take a look at our collection of Main river cruises, or call us today on 855 444 0161.