The Caribbean islands are known for their beautiful beaches and glorious weather, and the only thing that can make the sun, sea, and sand even better is enjoying it all with a cocktail in hand. Rum is a specialty across the islands, so we’ve put together a list of the best Caribbean rum drinks for you to try (with a little extra background information to help you become a rum connoisseur).

What is Caribbean rum? 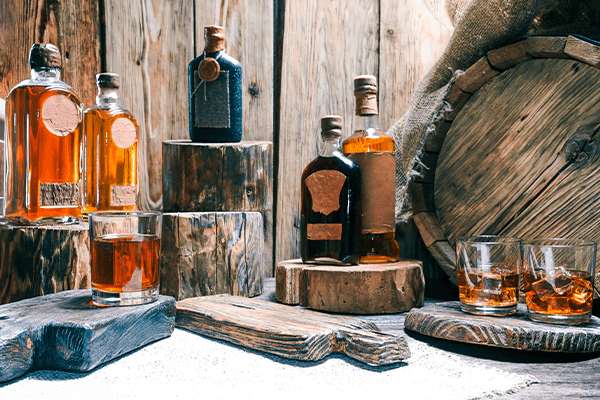 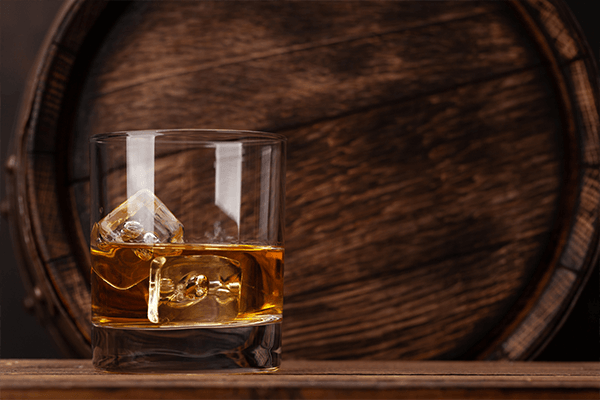 Caribbean rum is split into three main categories: white, gold, and dark. However, there are four sub-categories of rum that stem from the main three. These additional types are:
• Spiced
• Flavoured
• Overproof
• Premium
Whether a Caribbean rum is white, gold, or dark depends on how long it has been aged in its oak cask. White rum is aged for the least amount of time and doesn’t have as strong a flavour. Its sweetness, however, makes it perfect for mixing cocktails.
Gold rum is aged for a touch longer than white rum, which is why it has an amber hue. Dark rum is aged for the longest amount of time – up to 12 years depending on the brand. This also means it has the strongest flavour.
To highlight the exceptional standards of Caribbean rum, the West Indies Rum and Spirits Producers’ Association (WIRSPA) created a visual marker to help consumers identify which brands are classed as the highest quality. This marker is the Authentic Caribbean Rum Marque.
It’s worth noting though that there are many different rums across the Caribbean, and not having the marker doesn’t mean the rum isn’t good or authentic, so don’t worry if you can’t see the symbol on your bottle.

As far as Caribbean rum drinks go, the old fashioned is complex in its flavours but very simple to make. The precursor to cocktails, drinks served old fashioned focus more on the liquor as opposed to additional tastes and sweeteners.
Swap out your whiskey for a touch of rum and enjoy a Caribbean take on a classic drink.

How to make an old fashioned with rum 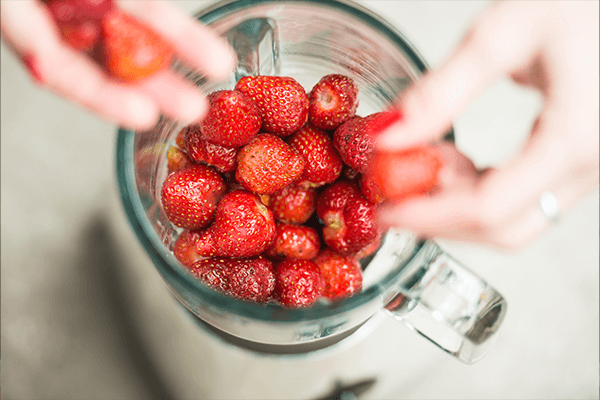 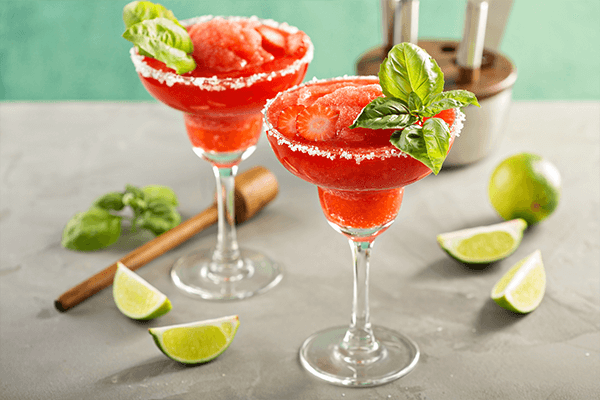 Daiquiris can be made with all kinds of fruity flavours, but the allure and sweetness of strawberries makes for one of Emerald Cruises’ favourite blends. Named after the town of Daiquiri in southern Cuba, the drink became highly popular across the United States during the 1940s when World War II made rum much easier to obtain than other spirits through President F.D. Roosevelt’s ‘Good Neighbor Policy’. However, the drink had been around for many years previously.

Frozen daiquiris came to life in the 1930s with fine tuning by Constantino Ribalaigua Vert, a celebrated bartender from Havana –  the first person to add chipped ice to the recipe. American novelist Earnest Hemmingway was such a fan of Vert’s daiquiris that he reportedly bragged about drinking 17 doubles in one afternoon.

While we don’t suggest trying to match Hemmingway’s record, we do recommend giving a delicious strawberry daiquiri a try for yourself.

How to make a good strawberry daiquiri

You will need:
• 100ml of white rum
• 500g of hulled strawberries
• Lime juice from half a lime
• 1 tsp of sugar syrup
• Strawberries and lime slices to garnish
Blend the strawberries into a puree and then add your rum, syrup, and lime juice into the mix. Blend again until smooth, then serve with a strawberry and lime garnish. 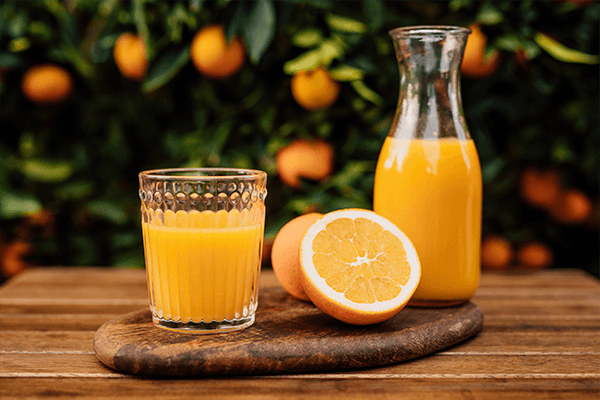 The creation of the Bahama mama cocktail is claimed by a mixologist from the islands, Oswald Greenslade. He supposedly named the sweet and fruity beverage after the calypso singer and dancer Dottie Lee Anderson, who performed across the Bahamas and the Caribbean in the 1930s.
However, variations of the recipe date back before Greenslade’s claim, so the origins aren’t crystal clear. Regardless, the Bahama mama is certainly a Caribbean rum drink that’s worth a taste.

How to make a Bahama mama cocktail

You will need:
• 30ml of white rum
• 30ml of coconut flavoured rum
• 30ml of grenadine syrup
• 60ml of orange juice
• 60ml of pineapple juice
• Crushed ice
• Orange slices and cherries to garnish
Add all ingredients together into a blender and mix until slushy. Finish with a slice of orange and a cherry for garnish.

Not all Caribbean rum drinks have to be served cold; a calypso coffee is the perfect after-dinner drink that brings with it a touch of warmth and comfort to aid digestion.
Many countries and continents across the world have their own version of coffee liqueurs, and this one is a favourite in the Caribbean.

How to make a calypso coffee

You will need:
• 25ml of dark rum
• 25ml of coffee liqueur
• 150ml of black coffee
• 25ml of double cream
• 1tsp of caster sugar
• Ice
Pour the coffee into a mug and stir in the rum, liqueur, and sugar. Pop the ice into a cocktail shaker alongside the cream. Shake until the cocktail shaker feels cold. Strain the cream slowly into your coffee, then enjoy.

If coffee isn’t your thing and you’d prefer to have a comforting bedtime drink, hot chocolate with a splash of Caribbean rum and a touch of caramel is delicious, decadent, and soothing.

How to make hot chocolate with rum & caramel

You will need:
• 25ml of dark rum
• 2tsp of thick caramel
• 150ml of milk
• 50g of chopped milk chocolate
Mix the rum and caramel together until smooth, then set aside for the time being. Warm the milk over medium heat until simmering. Remove the milk from the heat, then mix in the chocolate until it melts. Put the saucepan back over a medium heat and add your rum and caramel mixture. Pour into a mug and give it a final stir. 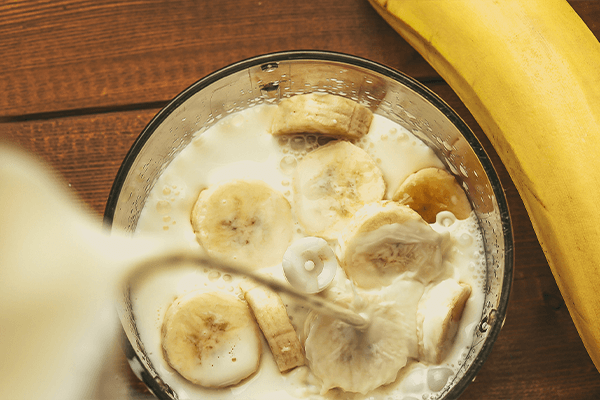 Turning back to Caribbean rum drinks best served chilled (but sticking with the caffeine theme), the dirty banana is one of Jamaica’s best loved cocktails. Rumour has it that this particular drink was concocted by a barman who wanted to use up the bananas he had on hand, and the drink quickly turned into an island staple during the 1990s.

How to make a dirty banana cocktail 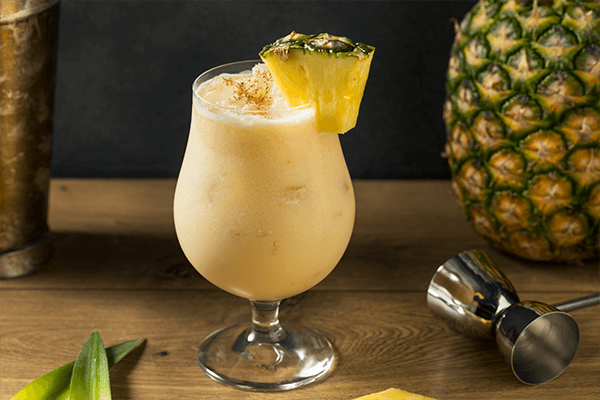 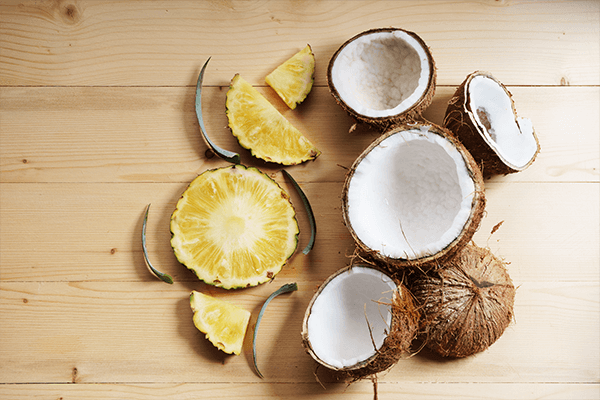 The Painkiller has an interesting history to be sure and its origins are more concrete than most Caribbean rum drinks. The founder of Pusser’s Rum – Charles Tobias – became good friends with Daphne Henderson, who ran the Soggy Dollar Bar on the island of Jost Van Dyke in the British Virgin Islands. She is credited with creating the Painkiller, but never divulged her recipe.
After a couple of years, Tobias created a near-perfect match based on taste testing. The two placed a $100 bet to see whose recipe was best with Tobias winning in a clean sweep with 10 participants. Tobias went on to sell the Painkiller commercially under the Pusser’s brand, but always credits Daphne Henderson for providing the inspiration.

How to make a Painkiller cocktail 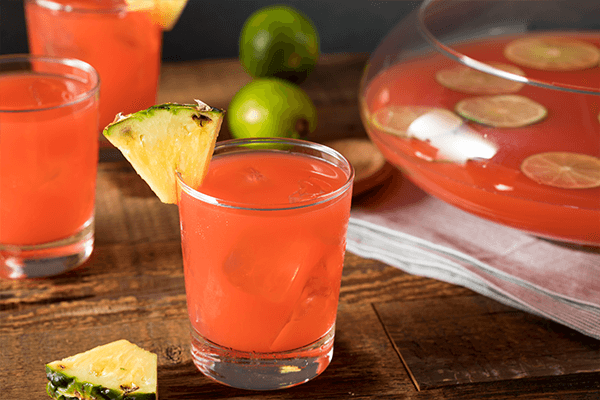 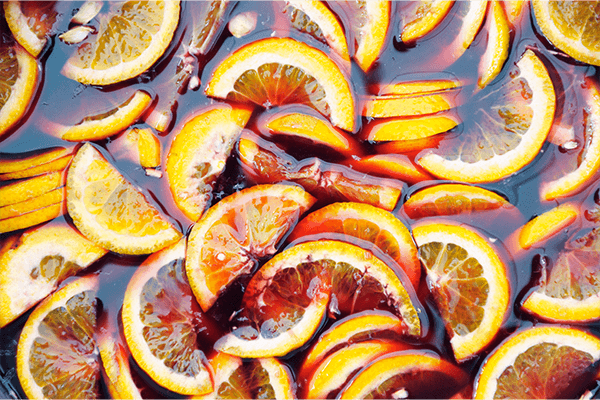 A large bowl or jug of rum punch is great for enjoying the flavours of the Caribbean with your friends – much like it was when the drink was first originated. Sailors working for the East India Shipping Company liked to drink, but beer and wine quickly ran out or spoiled on long journeys.
Rum punch became the favourite alternative and was soon introduced to the aristocrats of London, who loved the taste just as much as the sailors.

How to make rum punch at home

You will need:
• 150ml of gold rum
• 175ml of orange juice
• 175ml of lime juice
• 50ml of sugar syrup
• A splash of Angostura bitters
• A touch of grenadine syrup
• A pinch of grated nutmeg
• Orange/lime slices for garnish
Pour the rum, orange and lime juices, sugar syrup, grenadine syrup, and bitters into a large jug and give it a good mix. Pop into the fridge to chill and serve with a little nutmeg grated over the top and a fruity garnish.

One of the more popular and well-known Caribbean rum drinks, the mojito stands out for its minty taste. Truly refreshing and with a sweet kick, the mojito is considered the national drink of Cuba, though its origins are a little hazy with some crediting the name to African slaves who worked on sugar plantations, and others believing Sir Francis Drake is the drink’s creator.
The earliest version of the mojito was also used for medicinal purposes. Pirates used to drink a blend of lime, mint, and aguardiente liquor to prevent scurvy. Whether that means a daily mojito is good for you is a debate for another time though.

How to make a mojito with rum

You will need:
• 60ml of white rum
• 3 mint leaves plus a sprig for garnish
• Juice squeezed from 1 lime
• 1 tsp of sugar
• Soda water
Mix your lime juice, sugar, and mint leaves together in a glass, crushing the leaves as you do. Pop the mixture into a tall glass and add ice. Pour white rum over the top while stirring the ingredients. Finally, top up your glass with soda water and add a sprig of mint to finish.

A Caribbean rum drink so good, there’s even a song named after it – Escape (The Piña Colada Song). And whether you have Rupert Holmes playing in the background or not, there’s never a bad time to enjoy a sweet and creamy piña colada.
The official drink of Puerto Rico, the beverage has disputed origins, being credited to the pirate Roberto Cofresi in the early 1800s, the Caribe Hilton Hotel bartender Ramón Marrero in 1954, and restaurant bartender Don Ramon Portas Mingot in 1963. No matter which version is the most plausible, there’s no denying just how good a piña colada is for hitting the spot.

How to make a great piña colada

You will need:
• 60ml of white rum
• 60ml of coconut cream
• 120ml of pineapple juice
• Crushed ice
• Pineapple wedge for garnish
Pop every ingredient into a blender alongside a handful of ice. Blend until smooth and serve with a slice of pineapple as a garnish.

Enjoy Caribbean rum drinks in the heart of the Caribbean

The tastes of the Caribbean are much sweeter when you’re enjoying them from the islands. With Emerald Cruises, you’ll have the opportunity to try the best Caribbean rum drinks across beautiful destinations such as Puerto Rico, Barbados, and Saint Lucia.

Download or order your free Luxury Yacht Cruises 2023 & 2024 brochure to learn more about our range of Caribbean itineraries and start planning your trip to the idyllic islands.