The Middle Ages was a great period of change in European history, marked by significant social upheaval, also welcomed the age of enlightenment, in which architecture, art, music and philosophy came to the fore.

From the North Sea coast of Belgium to the Iberian Peninsula, Europe was transformed by the end of the medieval period, with vast cities and towns spread across once wild and untameable landscapes. Stone cathedrals, churches, castles and fortresses became monoliths against which new settlements could flourish and develop — giving rise to some of the great European cities and towns we enjoy today.

If you’re fanatical about history, join us as we explore some of Europe’s most beautifully preserved medieval towns and cities — from Germany to the South of France.

With its timber-framed houses and ancient stone bridges, Regensburg has all the trappings of a classic medieval city. Founded in the Stone Age, this Germanic city flourished in the Middle Ages as a Free Imperial City with excellent trading links across Bavaria and the Danube River, whilst also serving as the Imperial Diet of the Holy Roman Empire. Regensburg is home to one of the oldest river crossings across the Danube, the Stone Bridge, as well as a medieval merchant’s quarter, which boasts much of the city’s 14th-century architecture. The Old Town Hall of Regensburg is one of the finest medieval structures in northern Europe, characterised by its illustrious courtroom which brims with art and antiquities.

Thanks to the painstaking restoration work of the 18th century, the historic city of Bruges in the Flemish region of West Flanders remains one of Europe’s most renowned medieval wonders — with stone towers rubbing shoulders with charming timber shopfronts and ancient, cobbled canal towpaths. Almost all the city’s 430-hectare centre is a listed World Heritage Site, such is the historic significance of its architecture. Many of its most famous medieval buildings are located around Markt square, including the Bruges Belfry and City Hall. The Church of Our Lady is Bruges’ most recognisable landmark, thanks to its 400-foot-tall medieval brick spire. 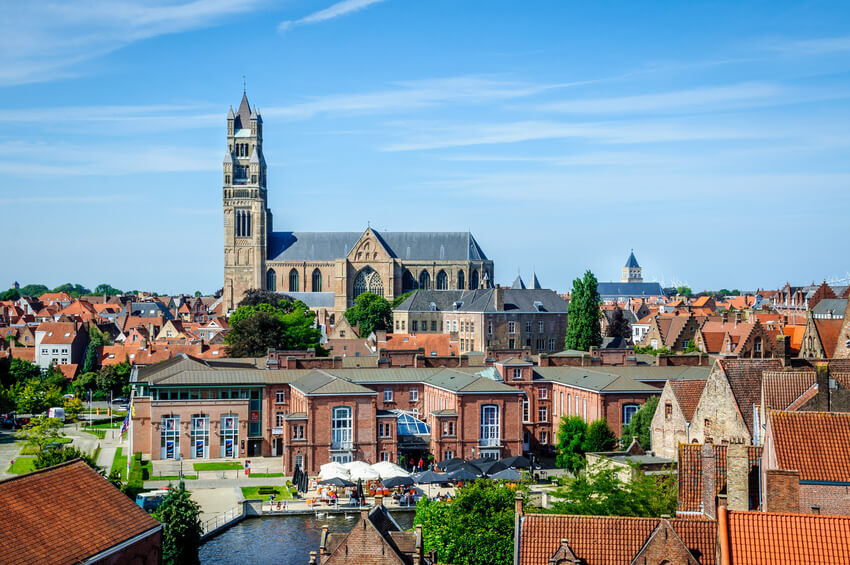 Lauded as the pearl of the Moselle River, Cochem combines classic medieval architecture with its omnipresent Imperial Castle, lending the town fairy-tale appeal amid the splendour of the Moselle Valley. Beneath the Gothic ramparts of Reichsburg Castle is Cochem Old Town, a district which has seen little in the way of change over the past six centuries. Defensive structures dating back to the 14th century can still be explored here, and there’s certainly no shortage of medieval timber, with the entire centre clad in time-warped oak. For the very best view of this enchanting medieval town, make for Pinnerkreuz Mountain, a peak above the Moselle offering jaw-dropping views of the castle and town below.

Salzburg may be renowned as the birthplace of Mozart and as the setting for the Sound of Music, but long before the city found fame for its musical connections, it was one of the finest medieval cities of the Austrian Alps — characterised by its towering high fortress and string of ancient monk breweries. The pedestrianised Altstadt (Old City) district of the city is where most of Salzburg’s finest medieval buildings are located, and as your eyes wander upward, you’ll be privy to an elegant skyline of graceful domes and spires, many of which were built over 800 years ago. Look a little further into the distance and you’ll see the formidable clifftop fortress of Hohensalzburg, one of the largest medieval castles in Europe. 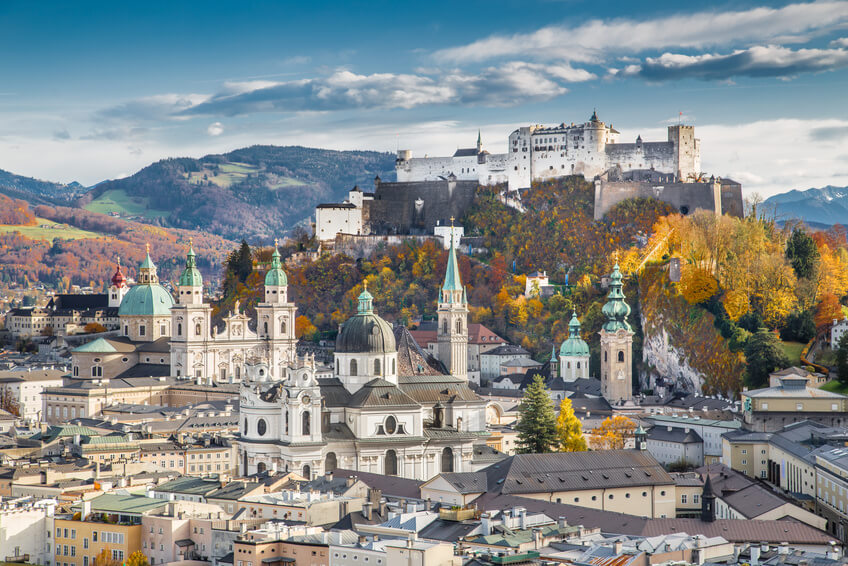 Of all Germany’s wonderfully-preserved medieval towns and cities, Bamberg is perhaps the most evocative, boasting an old-world charm that goes unmatched throughout Bavaria. Uniquely, Bamberg’s Alte Rathaus (Old Town Hall) is built over the Regnitz River, connected to the town by a series of ancient stone bridges. The stone and timber structure of the hall dates to the 14th century, and is renowned for its impressive murals, which stretch along the eastern and western facades of the building. The Old Town of Bamberg is also incredibly charming, boasting rustic fisherman’s cottages which date back to the Middle Ages and the height of Bamberg’s history as a powerful fishing port.

Hidden away in a charming corner of the Czech Republic is Český Krumlov, a World Heritage-listed city renowned for its breath-taking medieval and baroque architecture. While only small, this charming Czech city has a big impact, with all its ancient, cobbled streets leading towards a 13th-century castle. It’s here where you should begin a tour of the city, taking in the 15th-century Church of St Vitus, which lies within the grounds of the castle. Český Krumlov is easily walkable, allowing you to take in all its medieval grandeur during a single tour of the city. 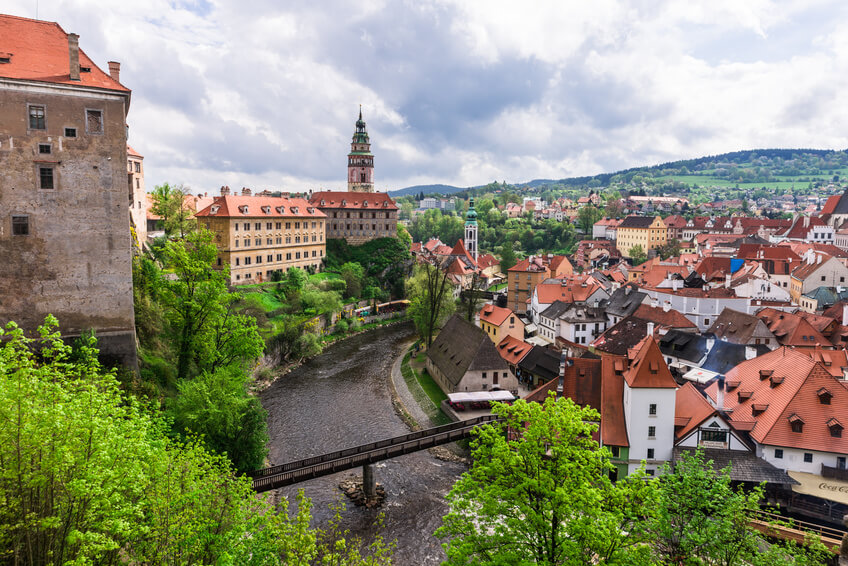 The French city of Strasbourg is the historic capital of the Alsace, a region of captivating natural splendour close to the border of Germany. This proximity has lent Strasbourg a tangible Germanic feel, with much of the historic city centre made up of timber-frame buildings reminiscent of Bavaria and the Rhineland. Listed as a World Heritage Site, the centre of Strasbourg is home to a string of ancient shops and eateries, as well as historic tanning houses which hark back to the city’s history as a major meat processing town. This entire area is known as ‘Petite-France’, and is characterised by its black and white buildings, canals and bridges.

Romanesque, Gothic, Moorish and Renaissance architecture come together in impressive harmony in the ancient Spanish city of Salamanca, revealing a city of immense cultural intrigue and astonishing beauty. This ancient university town, which is located north-west of Madrid close to Spain’s border with Portugal, was first conquered by the Carthaginians in the 3rd century, but flourished during the Middle Ages thanks to the influence of the Moors. Some of Salamanca’s most lavish medieval architecture can be enjoyed in the Plaza Mayor, as well as its adjoining streets, and the Plaza del Corrillo, which boasts some of Spain’s finest Romanesque architecture from the Middle Ages. 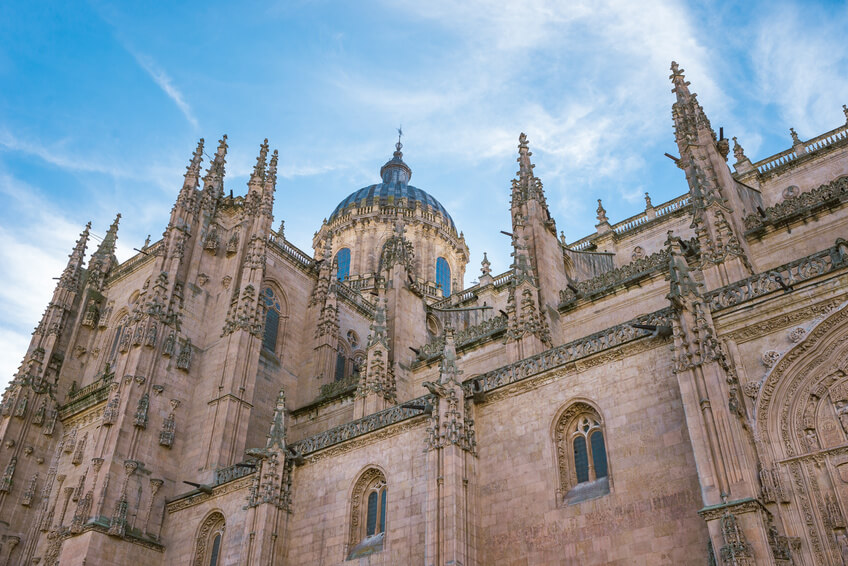 While the history of Avignon dates to Celtic origins, the city flourished in the 14th century when the papacy of Rome moved into the prestigious Palais Des Papes — placing the city at the very heart of Western Christianity in Europe. The presence of successive popes in Avignon, as well as its lucrative Mediterranean trading passage, led to the city’s rapid development throughout the Middle Ages, and much of the architecture from this period remains. The historic centre of the city boasts some of the most iconic medieval architecture in France, including Avignon Cathedral, Pont d’Avignon, and of course the prestigious Palais des Papes.

Heidelberg is among the most romantic medieval towns in Germany, with its charming cityscape dominated by ancient buildings including its dramatic Renaissance castle, which is recognised as one of the finest outside Italy. The historic Old Town of Heidelberg is littered with buildings which hark back over centuries, including the town library, old stone bridge, Church of the Holy Spirit and Karl’s Gate. The town lies directly on the Neckar River, and is one of the largest college towns in Germany, with roughly a quarter of its population being students. This has given Heidelberg a distinct, laid-back pace of life — making it the perfect place to enjoy a relaxing city break.

Join Emerald Cruises for a luxury European river cruise, and you’ll encounter sights and experiences which reveal the rich depth of history which exists in towns and cities across the continent. To browse our complete range of river cruises, visit the homepage or call 855 444 0161.