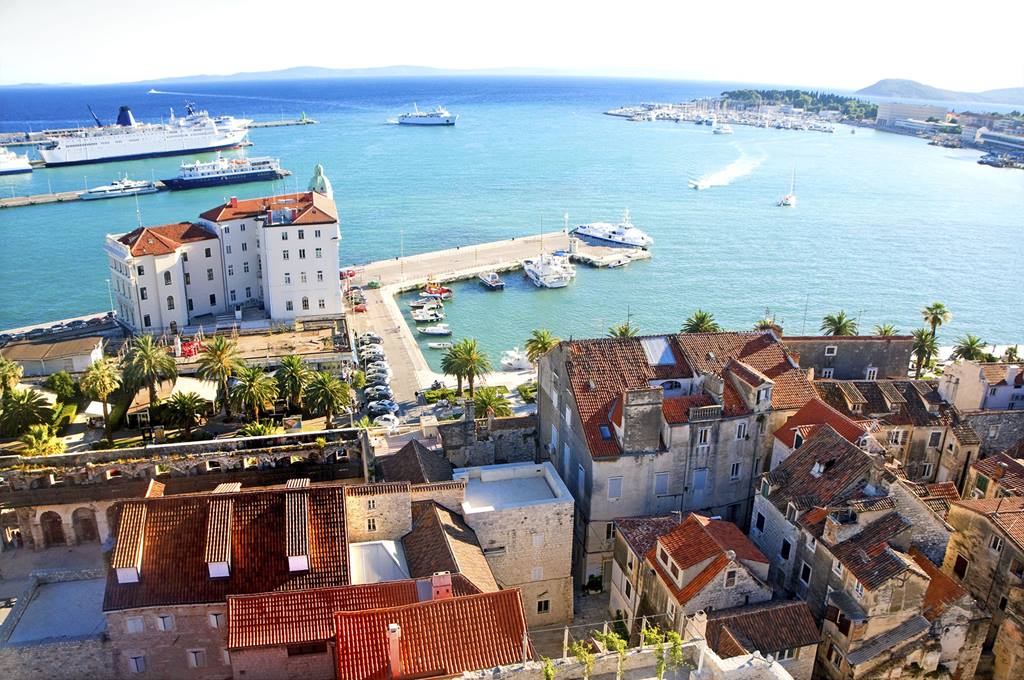 The best things to see and do in Split

Blending the ancient with the modern, Split is a city of great contrast, pinned between the Marjan Hill and the topaz waters of the Adriatic. The city is the largest of Dalmatia, having flourished under Roman rule, and has become a centre of travel and commerce on Croatia’s southern coast – offering access to the beautiful islands of Brač and Hvar from its bustling and ancient port.

Split was founded in the 4th century BC by Greek colonists, and later became the capital of the Roman province of Dalmatia. After the decline of the Roman Empire, the city fell under the influence of the Republic of Venice, but remained a free city throughout the Middle Ages as Hungary and Venice struggled for control of Dalmatia. This remarkable history is evident throughout the city, from the ancient Roman walls of Diocletian’s Palace to the 18th-century Baroque wonders of Prokurative, making it a great destination for culture lovers.

Join Emerald Waterways on one of our luxury Dalmatian coast ocean cruises, and you’ll have the opportunity to explore Split and its wonderful heritage highlights. Walk beneath the ancient monolith of Diocletian’s Palace, sample regional wine in one of the city’s historic and traditional wine taverns, or lay your towel on the warm sands of the Riva waterfront and drink in fine views across the Adriatic.

Travelling to Split as part of an upcoming ocean cruise? Read our guide to the city’s must-see sites and hidden gems, as well as its local culinary offering. We’ve also included essential facts and information to know before you go.

Must see sights
Beneath Split’s canopy of terracotta roofs lies a maze of ancient narrow streets, leading you charmingly from one World Heritage Site to the next. The city’s ancient heritage contrasts beautifully against its bustling modern commerce, for an authentic experience of local life in Dalmatia. One of Split’s most recognisable ancient landmarks beyond Diocletian’s Palace is the Cathedral of St Duje, a 13th-century cathedral at the heart of the Old Town quarter. The cathedral was built to commemorate the life of Sv. Dujam, one of the city’s earliest Venetian bishops, and features a magnificent 57-metre-high bell tower, one of the tallest structures in the city. While the cathedral is a sight to behold from ground level, those feeling active can climb to the very top of the belfry, and there enjoy captivating views across the city as well as the central Dalmatian islands of Brač and Hvar. Where else to begin than Diocletian’s Palace, a vast Roman monument built for Emperor Diocletian in the 4th century AD. Despite its name, this beautifully-preserved Roman complex resembles a fortress more than a palace, and its vast size makes up over half of the city’s exquisite Old Town district, with modern bars, shops and restaurants slotting in between the palace’s ornate Roman pillars. Walking beneath this unique structure is truly otherworldly, giving you a realistic sense of what the city was like over a 1,000 years ago. A guided tour with a local expert offers the most in-depth exploration of Diocletian’s, while you’re also free to discover at your own pace. 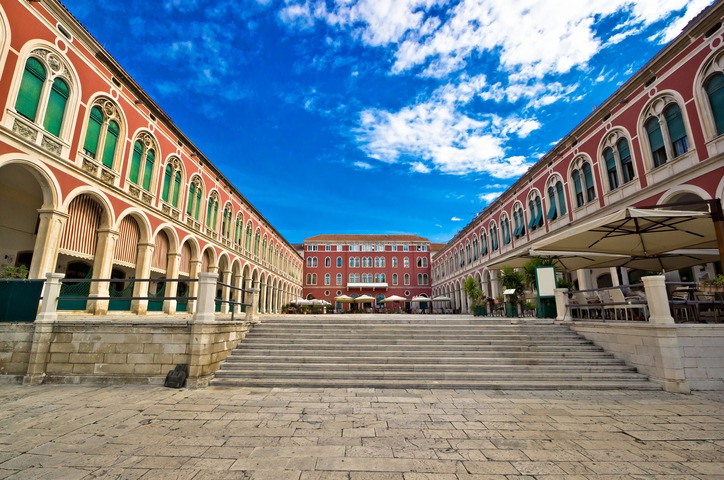 At the very centre of the city is Prokurative, or Republic Square, easily one of the most beautiful of Split’s historic plazas. Heavily influenced by the Venetian architects of the 17th century, Prokurative is a triumph of Neo-Renaissance architecture, with attractive columns lining three sides of the rectangular space. In the summer months, the square plays host to an extensive programme of events, including produce markets and festivals, making it one of the premier visitor spots in the city from which to sample authentic local life in Split. Split’s historic Riva waterfront is where the bustle of the city meets the beautiful tranquillity of the Dalmatian coast, and is a wonderful place to sit and enjoy a refreshing afternoon aperitif. This celebrated beachfront features a row of elegant Renaissance houses, fronted by a palm-lined promenade that’s used as a quay for luxury yachts throughout the summer. The area was recently regenerated and offers a great number of elegant bars where you can sample the region’s fine wine or enjoy fresh seafood straight from the Adriatic.

While Split teems with Baroque highlights, few are so beautiful as Cindro Palace. Tucked down a narrow byway mere streets away from Pjaca Square, the palace isn’t always easy to find, but is well worth the search. The palace was built in the 17th century by the wealthy and ancient Cindro family, who are renowned for playing an instrumental part in all of Croatia’s wars against the Turks, with generations of the family continuing the feud from the Middle Ages to the 19th century. Sadly, the palace’s façade is in a state of worsening deterioration, but its ornate interior remains beautifully preserved – a wonderful place to visit.
The best of Split’s food and drink
Beautifully showcasing the culinary spirit of Dalmatia, Split is home to an amazing array of bars, restaurants and cafes, so you can sample the diverse flavours of the region. Here’s our pick of Split’s must-try eats, and where to find them. Where to find it: For robust and authentic Croatian fare on a budget, head to Restaurant FIFE Split, where you’ll also find other classic regional dishes.

Hailing from Italy, brodetto is classic Dalmatian peasant food, and was traditionally eaten by local fisherman, who sourced the ingredients from their catch of the day. Split’s classic brodetto still follows the traditional recipe, using tomato as a base and vinegar to help preserve the fish. 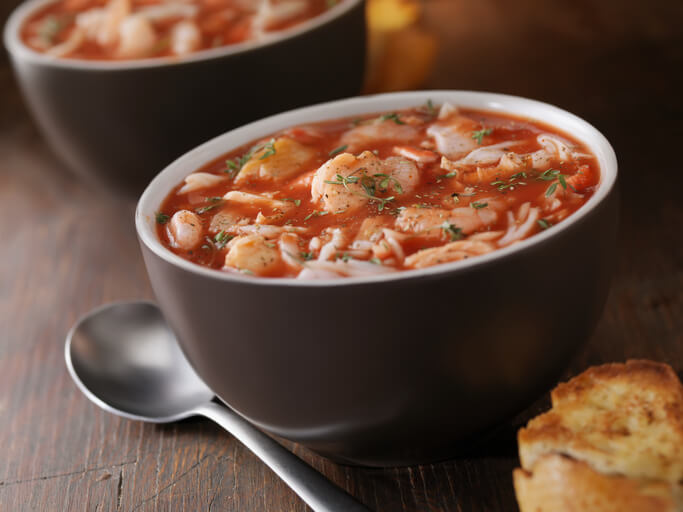 Where to find it: Thanks to its Adriatic coast, Split is revered for its seafood, and nowhere does fresh fish better than Restaurant Posejdon – whose brodetto is top notch.

Popular along much of Croatia’s Dalmatian coast, Crni Rižot is a risotto dish whose distinctive black colour comes from squid ink and red wine. Combining seafood flavours with the warm hum of garlic and wine – this is a real Mediterranean staple. Where to find it: With its beautiful open-air dining area, Konoba Trs is a charming and intimate eatery which serves some of the finest Crni Rižot of Dalmatia.

Craving something sweet during your tour of Split? Head into any patisserie and ask for fritule – a doughnut-like fried pastry that’s a real delicacy on the Adriatic coast. Fritule contains raisins, lemon rind and rum – for a spicy and aromatic treat. 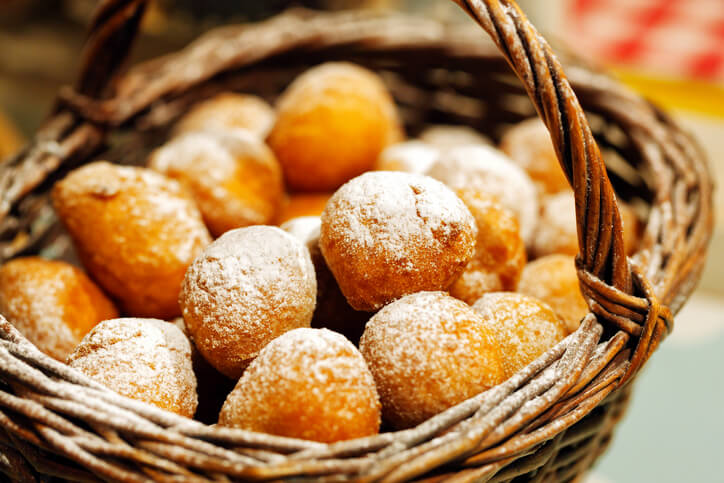 Where to find it: For coffee, ice cream and cakes, it has to be Kuća Sladoleda, a traditional café and patisserie that’s utterly beloved by locals.

Croatia has a burgeoning reputation for its quality wines, many of which hail from the vineyards of the Pelješac peninsula. One such variety is Malvazija, an easy-drinking white that’s the perfect accompaniment to Split’s famous seafood. 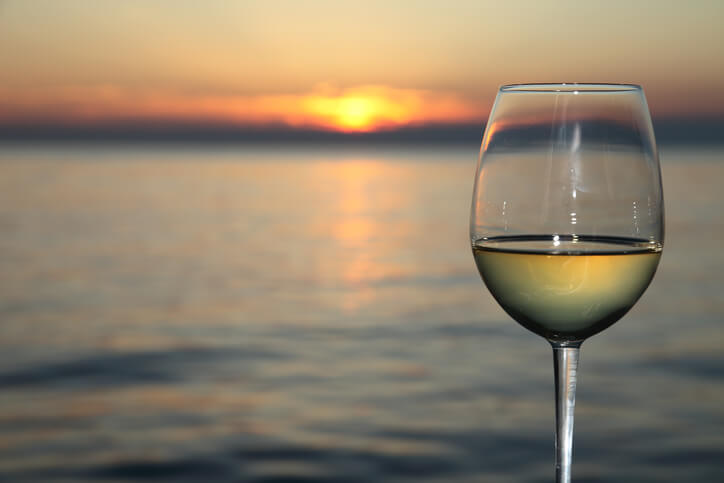 Where to find it: Zinfandel Wine Bar is one of Split’s most popular bars, and serves a collection of local and international wines in elegant and intimate surrounds.
Fast facts

The cultural diversity of Split is such that the city’s highlights can be hard to cover off in a single visit. Here, we offer facts and information to help you get to grips with this amazing destination 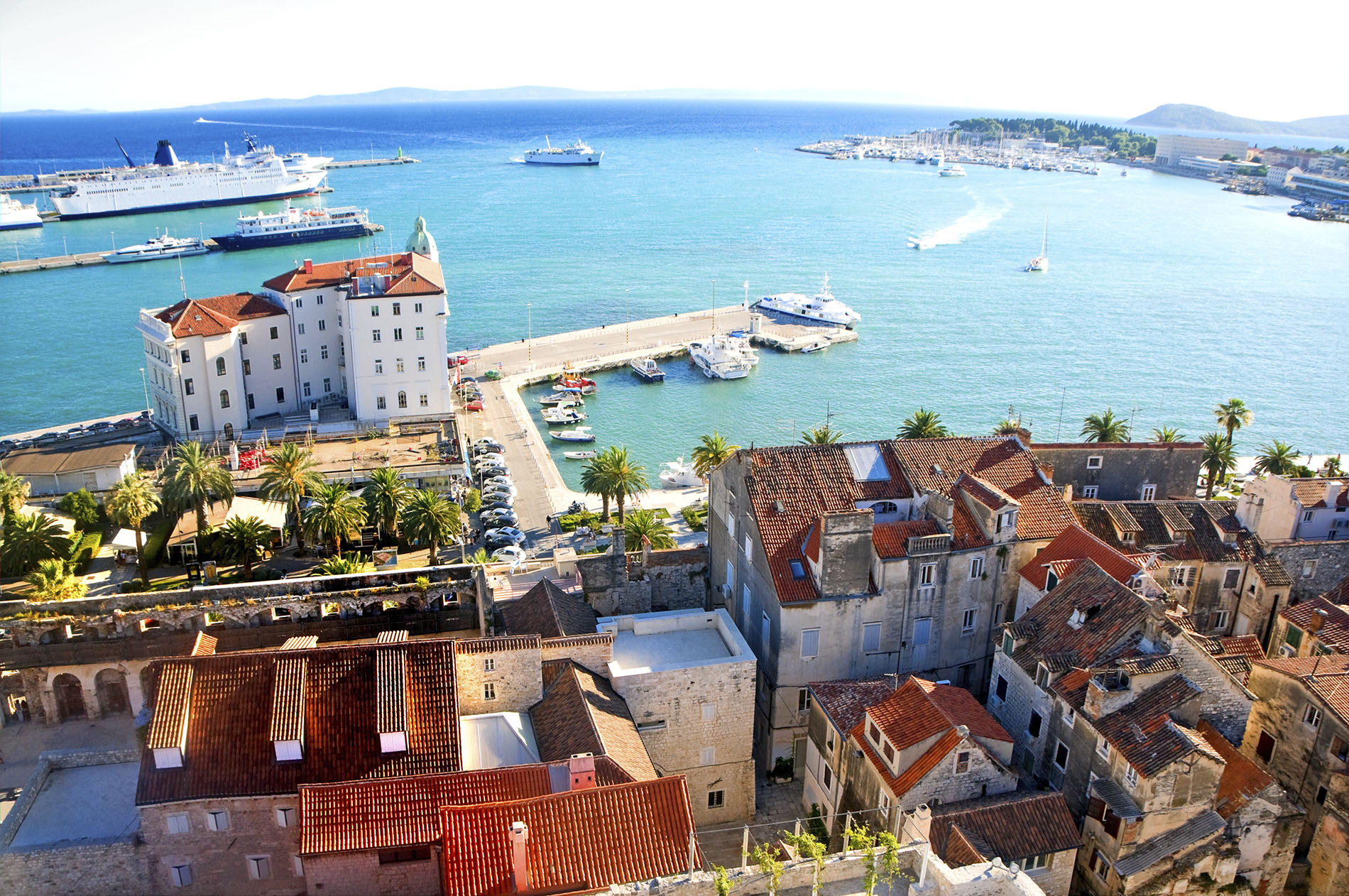