Explore the heritage and culture of Osijek

The historic city of Osijek in eastern Croatia is a hidden gem in the truest sense.

Flourishing since the time of the Romans, the city benefits from a waterfront position on the Drava River, one of the main tributaries of the Danube. It’s this prime location that has helped the city grow and prosper over the centuries, and today it stands as the fourth largest city in Croatia, and one renowned for its traditions and heritage.

Compact and accessible, Osijek is brimming with architectural intrigue. After the Habsburgs introduced the Baroque to Osijek in the 17th century, successive rulers and regimes have each added their own architectural flourishes to the city – from Art Nouveau mansions to socialist-era housing blocks.

Osijek may not strictly be on the River Danube, but its history, beauty and welcoming locals make it worthy of a day’s diversion up the Drava River. At Emerald Waterways, we love the authenticity and rich culture of Osijek, and so have arranged a handful of exclusive excursions and events for our guests to enjoy in the city.

Learn more about Osijek and our immersive local excursions in our city guide below.

The history of Osijek

Osijek has a long history dating back to ancient times, with evidence of Celtic tribes inhabiting the area. The great Roman city of Mursa once stood on the site of the current city, though subsequent wars mean that little of the city’s Roman heritage remains today.

Instead, much of Osijek’s visible history dates from the Middle Ages, when the city grew into a wealthy merchant and crafting town. The first recorded mention of ‘Osijek’ dates from 1196, when it was known in Hungarian as Eszek and in German as Esseg. Throughout the powerful Croatian-Hungarian Kingdom period, the town flourished thanks to its position on the River Drava, close to the point where it meets the influential trading passage of the mighty Danube.

In 1526, the town was captured by the Ottoman Empire, and remained under Turkish rule until the late 17th century. After the Ottomans were ousted from central Europe, the town became a part of the powerful Habsburg Empire – beginning its architectural and cultural golden age.

During the Habsburg period, Osijek was rebuilt in a classic baroque style, and many of its most celebrated buildings originate from the era, including Holy Trinity Square, St Michael the Archangel Church, the General’s Headquarters and the imposing City Walls and Water Gates, which still remain in a wonderfully-preserved condition today.

In the 19th century, Osijek continued to grow and develop, experiencing a cultural and economic boom similar to that of Budapest. This was the time when the city grew to become one of Croatia’s biggest and wealthiest destinations, and several important buildings emerged during this period, including the County Palace, the Croatian National Theatre, and the Co-Cathedral of St Peter and Paul.

After WWI, Osijek, like the rest of Croatia, became part of the Kingdom of Yugoslavia. This, in turn, became the Socialist Republic of Yugoslavia following WWII, with Osijek becoming one of the many towns and cities in Eastern Europe to fall behind the Iron Curtain.

After the fall of socialism, Osijek was re-opened to the world once more, and the city has since re-emerged as one of Croatia’s must-see heritage destinations. Many Danube river cruise itineraries take the short passage up the Drava to visit Osijek – such is its magnificent architectural beauty and authentic feel of real Croatia.

Osijek is a city with a truly rich and unique culture, with traditions passed down from generation to generation. The city’s locals are fiercely proud of its standing as capital of Slavonia – a region which has contributed much to Croatia’s arts, folklore and heritage.

Monument to the 'Red Fico' 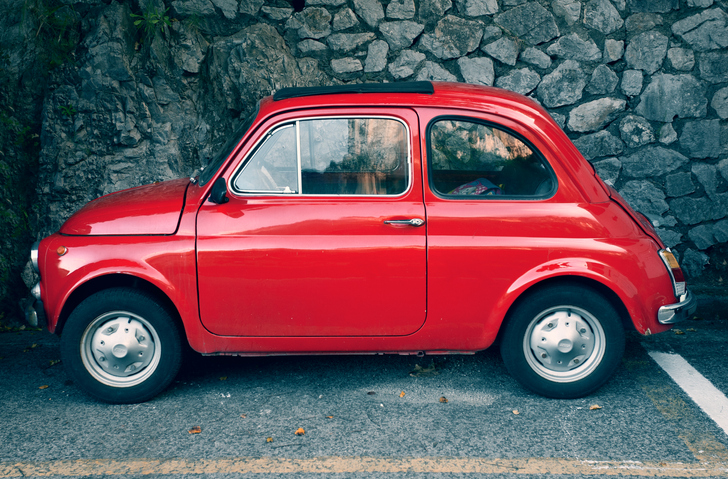 Nowhere is the impact of the Croatian War of Independence more keenly felt than Osijek, with the city being on the frontline of the conflict when war erupted in 1991. On 27 June of that year, Serbian tanks laid siege to the city, and in a final act of defiance, local resident Branko Breškic tried to block the route of the invading forces with his red Fico – the Yugoslavian equivalent of the Fiat 500. Needless to say, Breškic’s car was utterly destroyed by the power of the Serbian tanks, but the little red car has since become an enduring symbol of resistance to the people of Croatia, and Osijek is home to a monument depicting this iconic ‘David vs. Goliath’ moment. 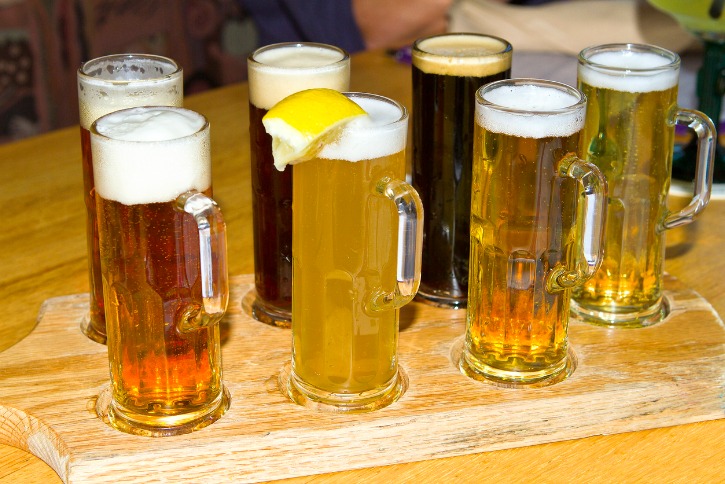 Croatia may not be the first country that springs to mind when you think of beer-making, but it’s something that Osijek’s locals would list among their greatest passions. Beer has been brewed in Osijek since at least 1697, and the city is home to one of the oldest breweries in Croatia. So beloved is beer by the people of Osijek that one of its main festivals is the popular ‘Days of the First Croatian Beer’, which is celebrated with traditional ‘Tamburica’ bands and, of course, plenty of the city’s local brews. One of the most popular beers in the city is the signature Black Radler – a blend of dark beer and lemonade that’s the perfect refresher on a hot summer’s day.

Ask anyone in Osijek about ‘Knodel time’, and it’ll be met with a knowing grin. ‘Knodel’ is a type of plum-filled dumpling which has become a delicacy of Osijek, and it’s thought that it’s been made in the city since at least the 16th century. ‘Knodel time’ refers to the time when, traditionally, the city’s bakers would prepare this dish, which coincided with the chiming of the bells to mark the city’s liberation from the Ottomans. This unique tradition has been around since 1526, and it’s still going strong today.

Rich traditions, beautiful architecture and welcoming locals; Osijek has all the features of a wonderful river cruise destination, and we’re confident you’ll love the city as much as we do.

To immerse you in the unique culture of Osijek, we’ve hand-picked a range of excursions which elevate your experience in this vibrant Croatian city. You can choose from two exclusive EmeraldPLUS events or explore the history of the city as part of a fascinating EmeraldEXCURSION. Learn more about our special excursions in Osijek below.

Meet the students of a local school 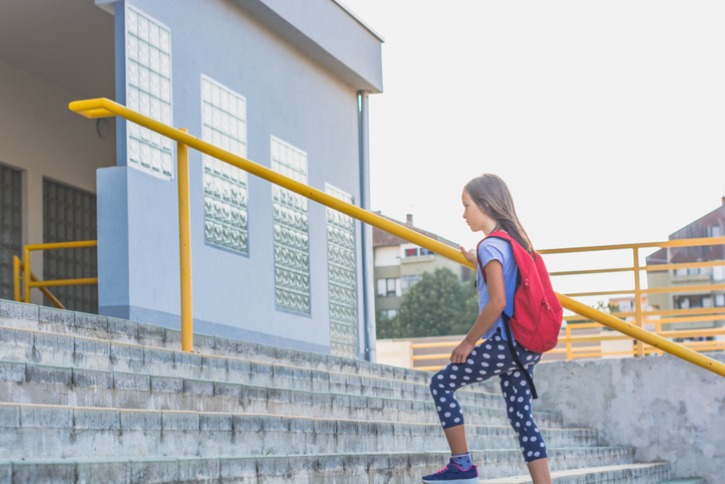 EmeraldPLUS is all about immersing you in the culture of people and place, and few excursions are more insightful and enriching than our encounter with Osijek’s local school children. You’ll learn first-hand what life is like for the youngsters growing up on the banks of the Drava, and hear stories about how the Croatian War of Independence helped to shape local life in the city.

A guided tour of Osijek Fortress 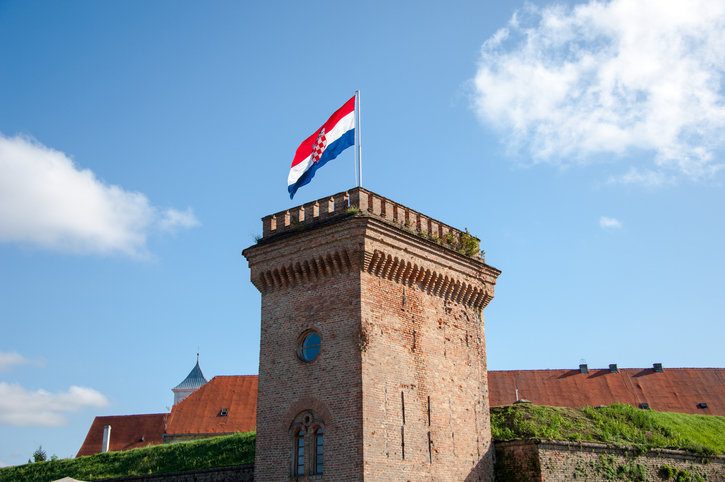 If you’re a great a lover of history, EmeraldEXCURSION has the perfect activity for you in Osijek. In the company of an expert local guide, you’ll explore the history of Osijek Fortress, which has served as the city’s key defence from the Middle Ages right up to the present day. Hear stories of how the fortress, which lines the banks of the Drava, came to be, and learn more about how it was used in the recent Croatian War of Independence.

During your visit to Osijek, EmeraldPLUS gives you the opportunity to dine on delicious traditional cuisine with a local Croatian family, as they welcome you into their home for a home-cooked meal of seasonal favourites. Savour tastes and flavours unique to the region, cooked just for you by your welcoming hosts, and enjoy learning about their culture, history and folklore amid truly authentic surroundings.
The wonders of Osijek are yours to discover on our 9-Day Enchantment of Eastern Europe river cruise, which sees you travelling through the heart of the former Eastern Bloc between Budapest and Bucharest. Learn more about this, and all of our luxury river cruises, by downloading our latest European River Cruises brochure or call our team today on 0808 149 3429.

Enchantment of Eastern Europe
Budapest to Bucharest
As the final stretch of the Danube weaves its way through the depths of eastern Europe, meet locals for lunch in their home, enjoy tours of Osijek & Belgrade & marvel at the beauty of the Iron Gate.
Offers Available
Fly from $295
Conditions apply
9 day
From (CAD)
$ 4,720
View Cruise

Budapest Escape & Enchantment of Eastern Europe
Budapest to Bucharest
This 11-day itinerary transports you from the heritage of Budapest to the backwaters of eastern Europe, where cities once shrouded in secrecy, now offer up a treasure trove of customs and traditions.
Offers Available
Fly from $295
Conditions apply
11 day
From (CAD)
$ 5,185
View Cruise