The best things to see and do in Lyon

Often referred to as the gateway to the Alps, Lyon is a wonderfully concise hub of culture only an hour away from Europe’s highest and most extensive mountain range.

Often referred to as the gateway to the Alps, Lyon is a wonderfully concise hub of culture only an hour away from Europe’s highest and most extensive mountain range.
But skiing will be the last thing on your mind during a stopover in France’s second city – with so many wonderful sites to explore and delightful eateries to enjoy.

Must see sights
Recognised as a UNESCO World Heritage Site, Lyon’s architectural landmarks date back to its formation as a city of refuge for Romans. The city was reportedly formed in 43BC by Munatius Plancus and Lepidus, two lieutenants of the recently-assassinated Julius Caesar. Of the Roman remains, perhaps the most striking is the Ancient Theatre of Fourvière – a 10,000 seater open air theatre showcasing sporting and artistic events. The theatre is still in use today, with the Nuits de Fourvière festival performed annually throughout June and July – featuring dance and musical performances.

Located just to the north of the convergence of the Rhône and Saône Rivers; Lyon has long been considered a city of great importance and strategic advantage. The positioning also helped the city during the Renaissance, when Lyon’s world-renowned silk weavers were able to ship their wares throughout France, and beyond.

Today, Lyon’s greatest export is the city’s culinary skill. Regarded as ‘gastronomic capital of the world’, 3-star Michelin chefs have developed Lyonnaise cuisine to an almost legendary standard. The elite of French society flock to Lyon to sample the exquisite delicacies created by some of the best kitchens in the world.

Lyon’s restaurant scene is perfect for those with an appetite for richer foods. Traditional Lyonnais restaurants (known as bouchons) specialise in sausages, duck pâté and roast pork served with local wines. Furthermore, if you wake with a great appetite, the Lyonnais traditionally enjoy a brunch called mâchons – a selection of cooked and cured meats, accompanied by red wine.

If you need to stretch your legs after indulging in such a hearty brunch, Lyon offers an abundance of wonderful public parks and gardens, along with a selection of wonderful museums, to explore and enjoy. 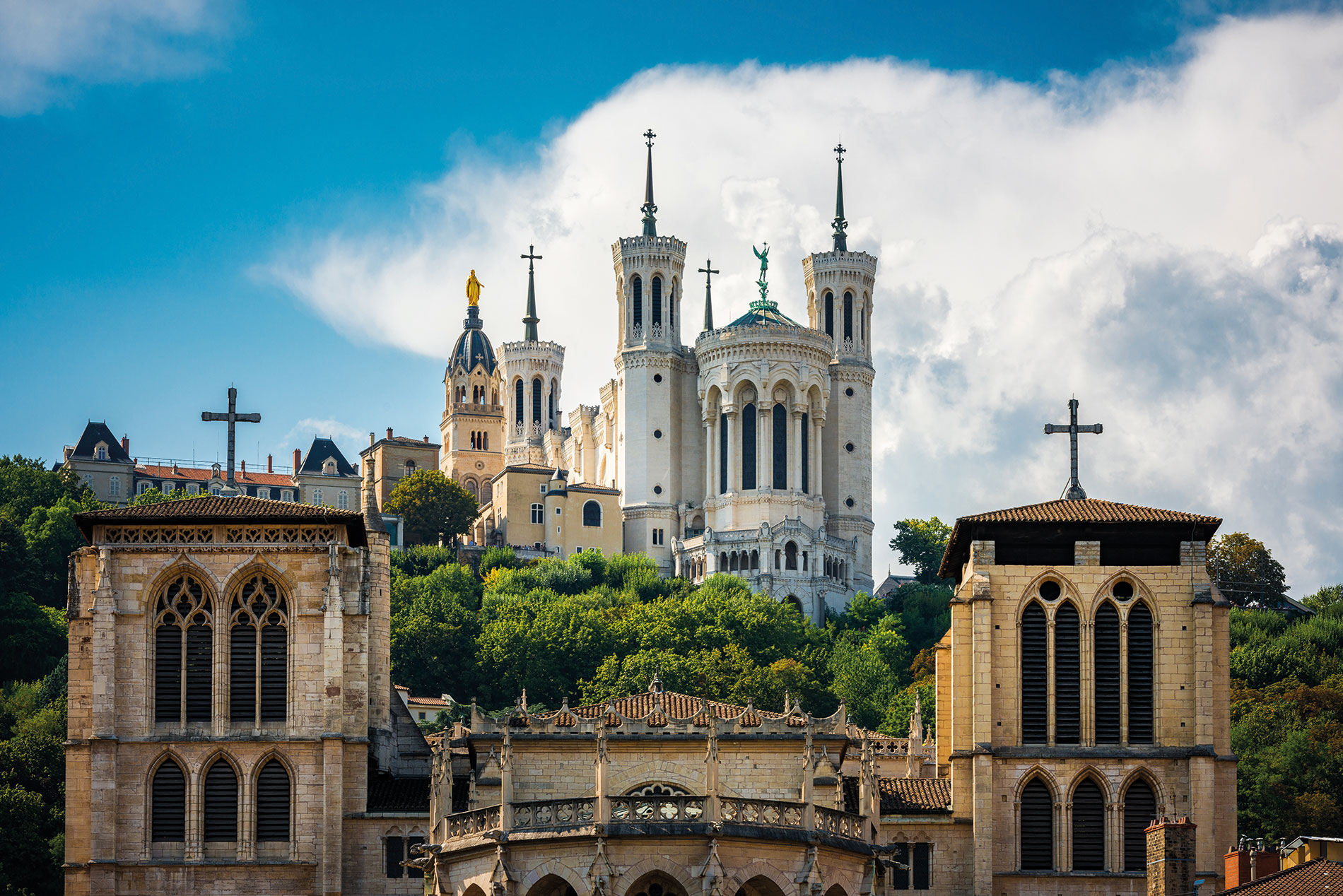 With more than 2,000 years of history, Lyon boasts an array of incredible places to visit – from the biggest public garden in France to the streets rich with Renaissance architecture.

Musée des beaux-arts de Lyon – Home to an incredible array of works by many of the world’s great artists (including the likes of Rubens, Rembrandt, Monet, Gauguin, Van Gogh, Cézanne, Matisse, Picasso, Francis Bacon amongst many more), the Musée des beaux-arts de Lyon is an art lover’s paradise. Established in 1801, and housed within an ancient Benedictine convent, the museum itself is as captivating as the masterpieces inside.

Parc de la Tête d'Or – Literally translating to Park of the Golden Head, this 290-acre stretch of land is the largest urban park in the whole of France. The large lake in the centre of the park is a popular boating spot, and the small zoo is home to giraffes, deer, primates and more. For sports fans, the park also hosts a velodrome, mini-golf course, boules court and more.

The unusual name of the park emerged from a legend suggesting the land could be the site of buried treasure, featuring a golden depiction of Christ’s head.

Basilica of Notre-Dame de Fourvière – Built overlooking the city, the Basilica of Notre-Dame de Fourvière is a reassuring sight for the Lyonnais who built the 18th-century church in dedication to the Virgin Mary, who is attributed with saving the city from the bubonic plague. The basilica plays a major role in Lyon’s annual Festival of Lights – when candles are lit throughout the city to pay tribute to the Virgin Mary.

Lyon’s fascinating 2,000 years of history is packed full of records, world firsts and interest facts. Here is a handful of our favourites:

If you want to experience one of Lyon's exquisite 22 Michel Guide- recognised eateries, then why not make your way there aboard an Emerald Cruises ship. For more details about our France river cruises visit here.