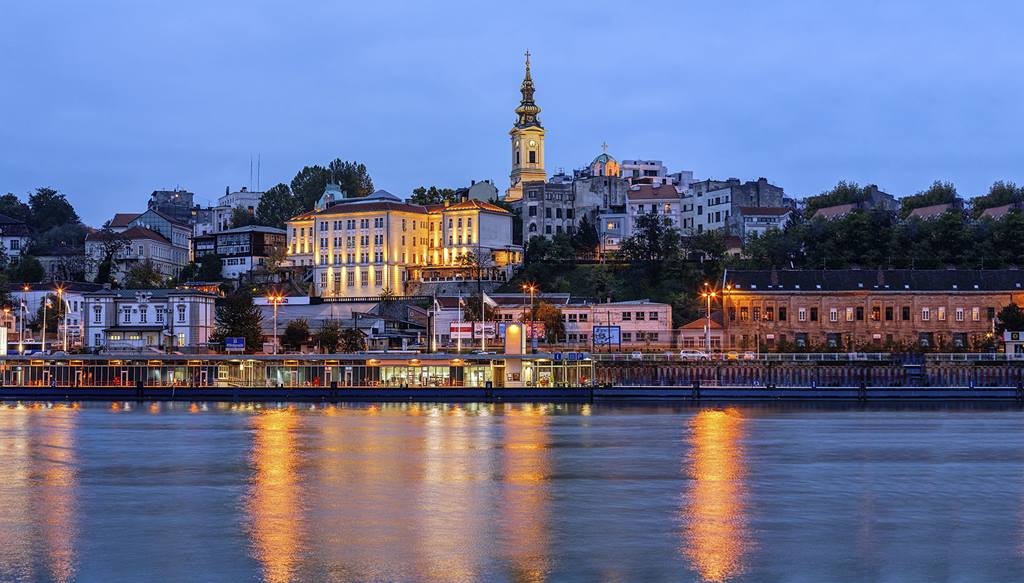 The best things to see and do in Belgrade

Belgrade is absolutely awash with cultural exuberance, and a tangible sense that change is happening. The capital and most populous city of Serbia, Belgrade has doubtless seen its share of turbulence in the past, but has since emerged as one of the most proud, stimulating and progressive capitals of the continent — providing a lively and energetic stop on a Danube river cruise.
Present-day Belgrade may be largely shaped by the staunch socialism of post-war Yugoslavia, the city is the site of one of Europe’s most significant ancient cultures, the Vinča. This Neolithic civilisation played a prominent role in the development of Serbia as we see it today, and archaeologists are still making exciting discoveries which reveal more about the remarkable ancient history of its enriching capital city.

Must see sights
Visit Belgrade today, and you’ll find a storied city with a distinct cultural tapestry. From the Vinča to the Ottomans to the Federal People’s Republic of Yugoslavia; many cultures and political factions have left their mark on this colourful city, so you can expect an abundance of heritage, history and culture throughout your visit.
With an intriguing timeline marked by significant political and social events, Belgrade has no shortage of cultural highlights and landmarks to discover. Here, we choose a handful of the must-see sights you should look out for during a stop in Belgrade.
KALEMEGDAN CITADEL

Due to its position on the confluence of the Danube and Sava rivers, Belgrade was an attractive proposition for settlers and invaders, prompting the construction of several fortifications across the city. Numerous traces of these ancient defences can still be seen today, with Kalemegdan Citadel being the most significant of the bunch.

Built to defend Belgrade from Ottoman invaders, Kalemegdan is now the site of an imposing ruined fortress and several acres of parkland, which become very popular with locals during the spring and summer thanks to the commanding views offered across the city. 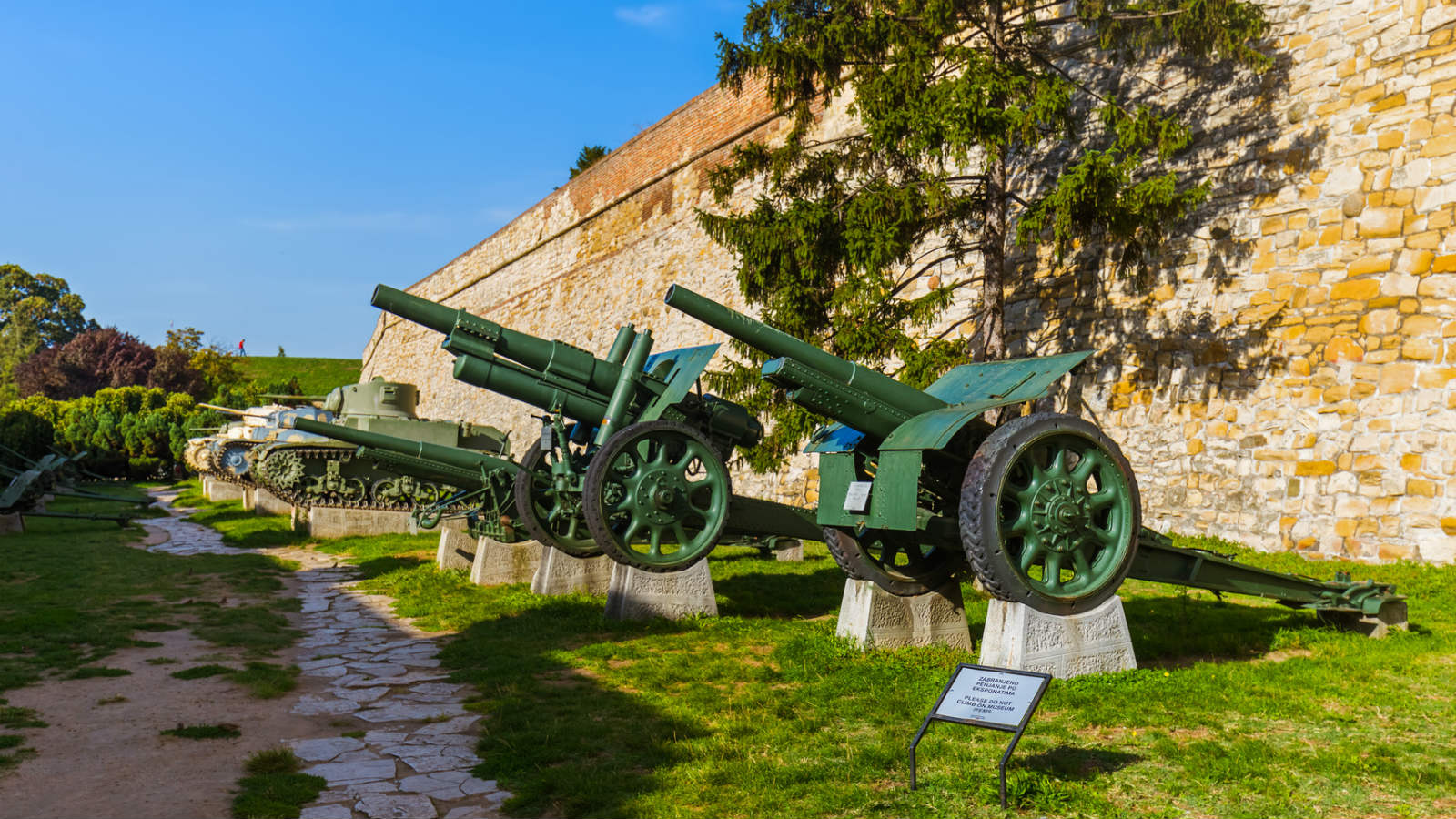 MUSEUM OF YUGOSLAV HISTORY
Located in the popular Dedinje district of Belgrade, the Museum of Yugoslav History is the perfect place to discover more about the history and origins of Yugoslavia, and its prominent socialist figureheads. The museum features three separate buildings, including the Museum ‘May 25th’, House of Flowers and Old Museum, as well as the tomb and memorial centre of Josip Broz Tito. Tito was a Yugoslav revolutionary who rose to prominence during WWII as the leader of the Partisans, one of occupied Europe’s most effective resistance groups.

With over 75,000 artefacts detailing the complete timeline of Yugoslavia — from its origins in 1918 to its breakdown in 2006 — this comprehensive visitor centre promises a stimulating attraction for history lovers.
TRG REPUBLIKE
Trg Republike, or Republic Square as it is also known, is the main public square in Belgrade, and the site of the city’s only remaining pre-war buildings. Encircling the statue of Prince Michael, the square is home to some of Belgrade’s most prominent and recognisable public buildings, including the National Museum and the National Theatre, as well as the relatively modern Millennium Clock.

Thankfully, for visitors to Belgrade, Trg Republike is extremely easy to find, with over 20 trolleybus lines passing through the square. This makes it the perfect starting point for an immersive walking tour of the city.
CATHEDRAL OF ST SAVA Dominating the Belgrade skyline, the Cathedral of St Sava may look like any other historic church, but this Serbian Orthodox example is actually relatively new, with construction still on-going within the cathedral’s ornate interior.

Despite its youth, the Cathedral of St Sava is still an impressive spectacle. Indeed, its sheer scale places it among the largest churches in the world, and it is built on the site where Saint Sava, the founder of the Serbian Orthodox Church, is supposedly buried — adding historic intrigue to the cathedral’s list of attributes.

THE ETHNOGRAPHIC MUSEUM
First established in 1901 to document the cultural traditions and customs of Serbia, Belgrade’s Ethnographic Museum is among the oldest museums in the Balkans — providing authentic insight into what life was like in Serbia before the socialist decades of the 20th century.

The centre, which was moved from its original site following WWII, contains over 200,000 artefacts relating to the customs and heritage of Serbia, many of which are ethnographic. There are also several examples of traditional Serbian households within the museum, giving visitors a chance to step back in time and experience another era in Serbian history.

The rich depth of history on display across Belgrade provides surprises and intrigue around every corner, and here we provide some interesting and lesser-known facts about the city.

Enchantment of Eastern Europe
Budapest to Bucharest
As the final stretch of the Danube weaves its way through the depths of eastern Europe, meet locals for lunch in their home, enjoy tours of Osijek & Belgrade & marvel at the beauty of the Iron Gate.
Offers Available
Save $1,500 per couple Earlybird fare per couple
Conditions apply
9 day
From (CAD)
$ 3,845
View Cruise

Budapest Escape & Enchantment of Eastern Europe
Budapest to Bucharest
This 11-day itinerary transports you from the heritage of Budapest to the backwaters of eastern Europe, where cities once shrouded in secrecy, now offer up a treasure trove of customs and traditions.
Offers Available
Save $878 per couple Early payment discount per couple
Conditions apply
11 day
From (CAD)
$ 4,941
View Cruise