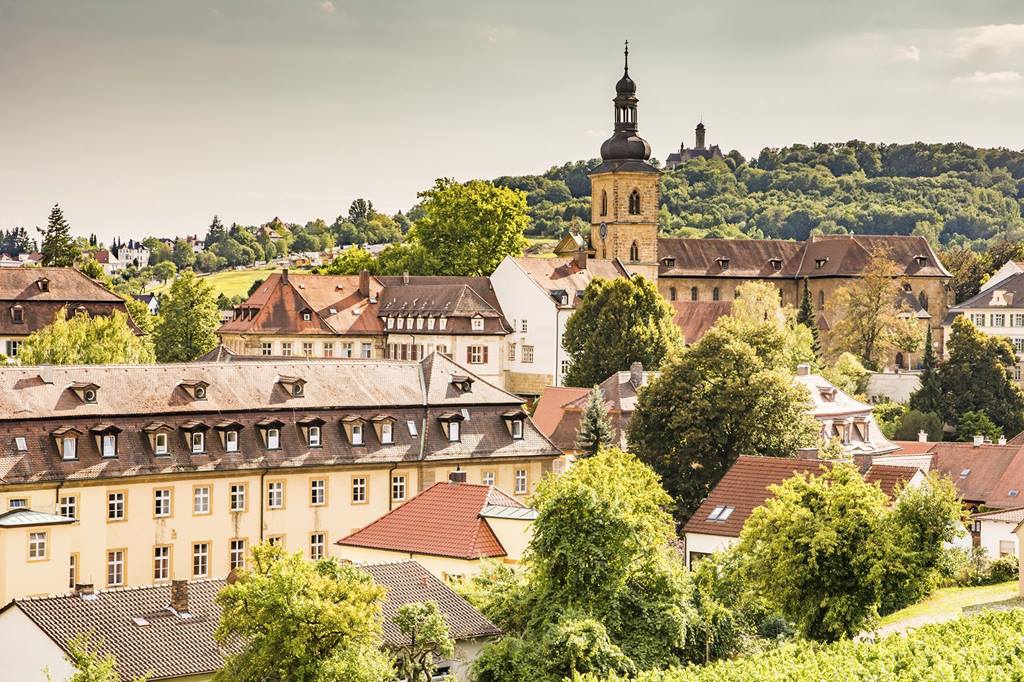 The best things to see and do in Bamberg

Unashamedly German and proudly Bavarian, Bamberg exudes all the qualities you’d wish of a city sitting upon the banks of the river Regnitz. The entire historic old town of Bamberg is a listed UNESCO World Heritage Site thanks to authentic medieval aesthetic which has been beautifully preserved thanks to a lot of work and more than a little luck. 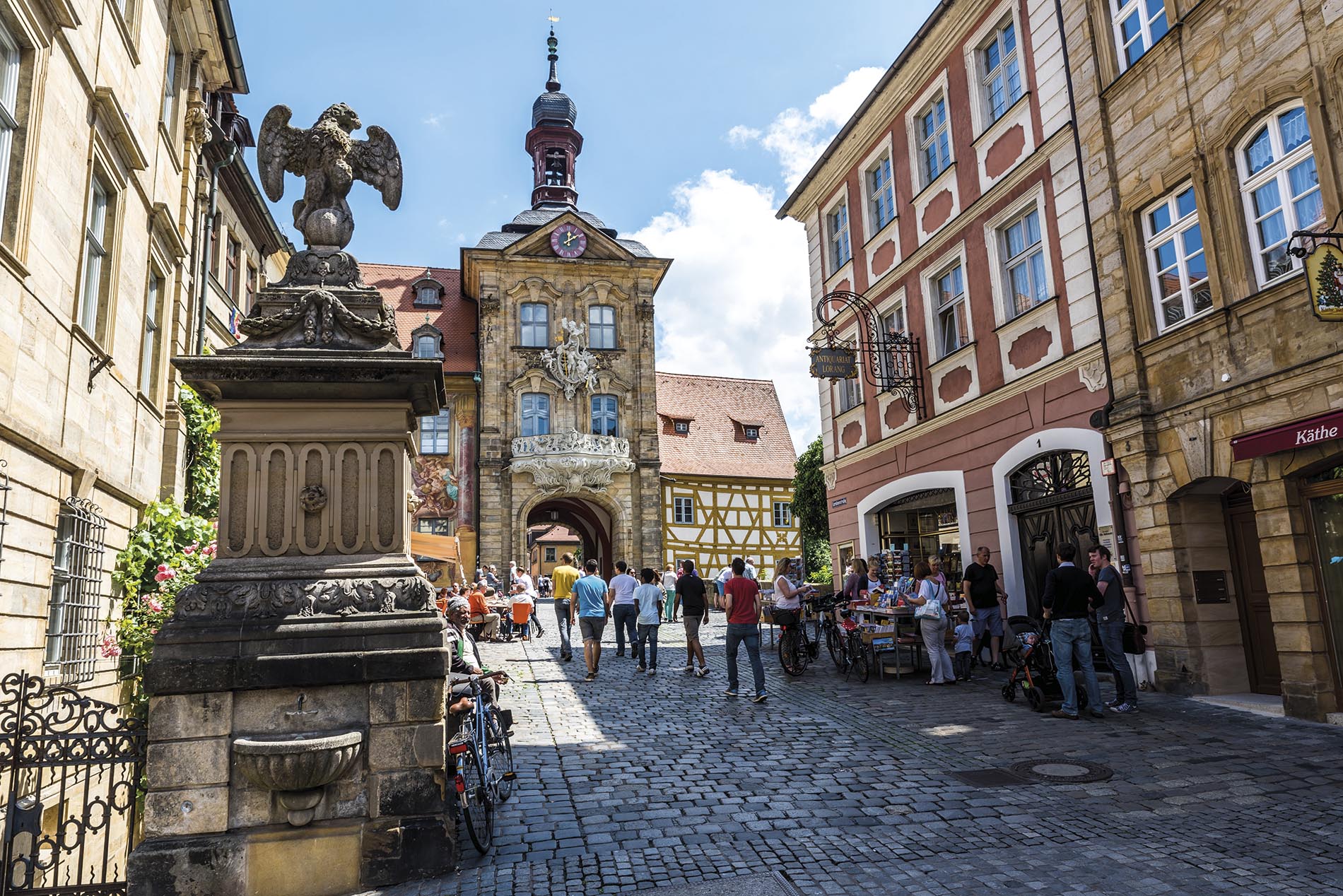 Dissected by the Regnitz; Bamberg sits upon seven hills – each of which is crowned by a stunning church, leading to the town’s unofficial nickname, Franconian Rome. These beautiful churches dominate the skyline of the city, peering out over the top of the red roof uniform buildings of classically Bavarian design.

A jewel in the Roman Empire’s crown, Bamberg was offered as a family inheritance by the Holy Roman Emperor Henry II in 1007. The town became its own diocese and played a pivotal role in the introduction of Christianity in the region. In the following years the Pope would regularly visit Bamberg, and the city became the centre of the Holy Roman Empire for a short time.

In the mid-13th century, prince bishops oversaw huge growth in Bamberg, with construction beginning on a significant number of monumental buildings.
Bamberg’s history hasn’t all been growth and prosperity, with the town gaining infamy for hosting one of the largest witch trials in Europe. Roughly 1,000 victims were burned as part of these trials, and the famous Drudenhaus was built in 1627 to serve as a witch prison.

Today the town remains popular with visitors from within and outside Germany, looking to explore the longstanding charm of Bavaria.

BAMBERGER DOM
The town’s imperial cathedral, the Bamberger Dom is one of the most impressive additions to the Bamberg skyline. The current cathedral which can be visited today is a long way from the original structure on the site which burned down before being rebuilt in the 12th century. Romanesque architectural changes were made to the cathedral in the 13th century, bringing the Bamberger Dom more in line with what you’ll see today. NEUE RESIDENZ
Translating as the New Residence, this was the home of Bamberg’s prince bishops from the mid-17th century until 1802. Despite being a couple of centuries into retirement, the Neue Residenz still offers plenty for visitors to enjoy, including the 16 large wall paintings of the emperors and the stunning rose garden – providing a beautiful setting to relax and peer over Bamberg.
ALTES RATHAUS
A truly unique town hall, the Altes Rathaus is, according to history, the result of a dispute between the ruling prince-bishop and the townspeople. After being refused any land to build a town hall, the townspeople decided to get creative and build huge wooden beams out of the river Regnitz, upon which the town hall sat. To this very day, a bridge crosses through the Altes Rathaus, which is beautifully finished in Baroque and Rococo styles. 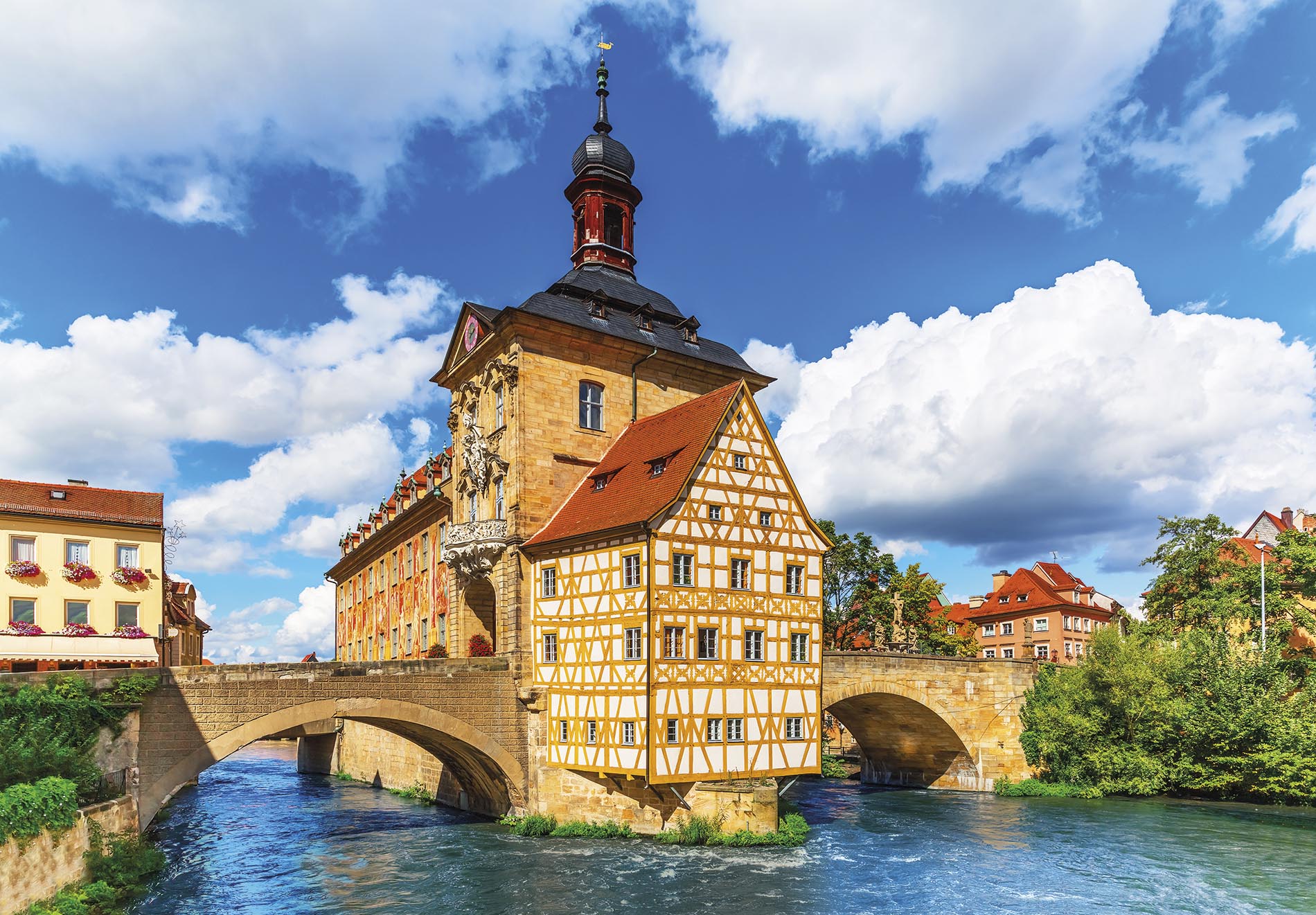 KLEIN VENEDIG
Sat alongside the Regnitz, Klein Venedig is made up of a charming selection of beautifully maintained old fishermen’s houses. The half-timbered buildings could not be more Bavarian if they tried.
SCHLENKERLA
One of Bamberg’s best loved beer houses, Schlenkerla is an authentic Bavarian watering hole, serving local beers and delicious food – all provided by the friendly, welcoming staff. The pub’s legendary smoked beer may not be to everyone’s taste, but there is plenty of choice for all palates.

The rich history of Bamberg means it can proudly boast a number of fun facts and interesting titbits.

Splendours of Europe
Amsterdam to Budapest
Begin your 15 day Splendours of Europe river cruise in Amsterdam, before navigating the waters through Germany, Austria and Hungary. End in beautiful Budapest.
Offers Available
Save $3,000 per couple Earlybird fare per couple
Conditions apply
15 day
From (CAD)
$ 4,645
View Cruise